I have replaced a bullet cam outside with a Wyze indoor inside an after-market housing, and it is performing like a champ! Temps down to the 20’s Fahrenheit, frost, moisture. Impressive performance and zero issues thus far! 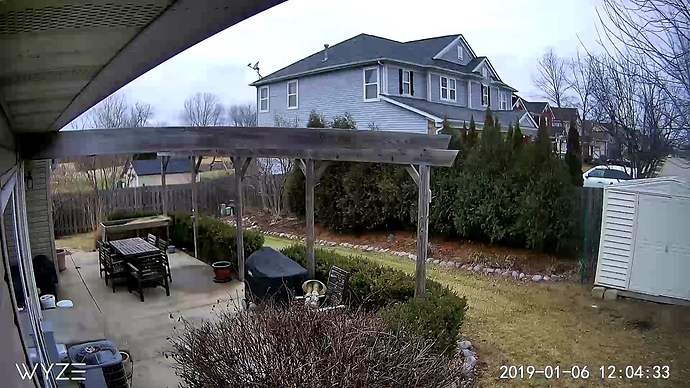 I’m looking for something to mount to the outside of my trailer to keep eye on my campground and associated toys day and night. Doesn’t need solar or a battery but a 12-volt version, either by direct wire or USB, might be nice for those times when boondocking (camping via use of batteries, no commercial 110 power). But still maintaining the record on motion feature. For this application, I would only need 180 degree rotation as I’d mount to the side of the trailer.

Hopefully PIR will avoid having bugs attracted by the IR LED. Currently I have a WyzeCam v2 located on my front porch and find motion gets triggered a lot at night from bugs flying up to the camera. But, secondly, will PIR still get triggered by small objects, such as snow? I’ve had snow detected as motion several times, but might not be able to avoid that being detected without lowering motion detection sensitivity to the point where it detects nothing.

I hate, hate, hate wires and wiring. I suppose if I were more handy and knew about drilling holes in my home and hiding them I wouldn’t care but yeah, my lot is in with battery and/or solar powered cameras and I’d say, if you could, take some inspiration from Ring, Netgear and Reolink. All of these vendors have a battery powered solution with the option to add solar power. As a customer, what I’m looking from Wyze, is a more/most affordable solution. I really love my Wyze cameras and it’s unbelievable to me that they’re offered at such an awesome value. This is what I’m looking for as an outdoor solution. I currently have Blink and while I won’t trash the company, I think Wyze can do better. My Blink cameras are great, their downside of course is that I will at some point within the next year have to get a latter and go change the batteries. I’m looking to extend this to 5 or more years (rechargeable battery + solar power). Also looking for local storage (so I can do continuous recording) in addition to free cloud (Blink is free motion detected clips forever, but I don’t mind 7-14 free days). Blink sells in single 3, and 5 packs. I got the 3 pack at a value of ~$60 per cam (it comes with a module). A hub or module may be required so the camera(s) can record to a microSD or usb drive which is necessary if the camera(s) is(are) smashed or stolen.

1080p (or higher, though 1080p seems like the sweet spot for security cams, higher could be offered as a premium option for those who want or need it). Personally, I’ll stick with 1080p because my isp is capped and 5 cams or more cams at higher than 1080p will make me hit my cap quickly.

Wireless. Battery + Solar as add-on (PoE or Power cables can be optional)

Static and/or Pan/Tilt (who doesn’t want a swiveling outdoor camera!?, but static is fine too)
“Local” storage for continous recording + Free Cloud + Paid cloud option (for those with more needs). “Local” storage means on-board micro sdcard or USB drive but not on camera, this can be in a module, hub or in-house unit connected to power, that way if the camera is smashed or stolen, no biggie.

I can’t wait for an outdoor Wyze security cam, something to rival the Blink which I believe is overpriced. I like the fact that it runs on battery because that means I don’t need an electrician to somehow find how to run power wires to my older home. However I don’t like that it has a hub. I would rather it connect to wifi independently like the existing indoor Wyze cams.

I would buy a separate solar adapter that adapts into the battery bay. Wouldn’t have to be standard equipment to push me towards an outdoor model.

We bought these for our Wyze Cams… We haven’t put them up yet, as my husband doesn’t want to do it in the middle of winter… But the reviews on them are really good…

I’m looking at these. Although, I had a bird crash into one of my cameras today thinking it might be a nesting spot. I doubt birds think the roof is any different than the rounded top.

I have cameras outside not protected and they been running fine, we even had major storms in the past couple of weeks in California 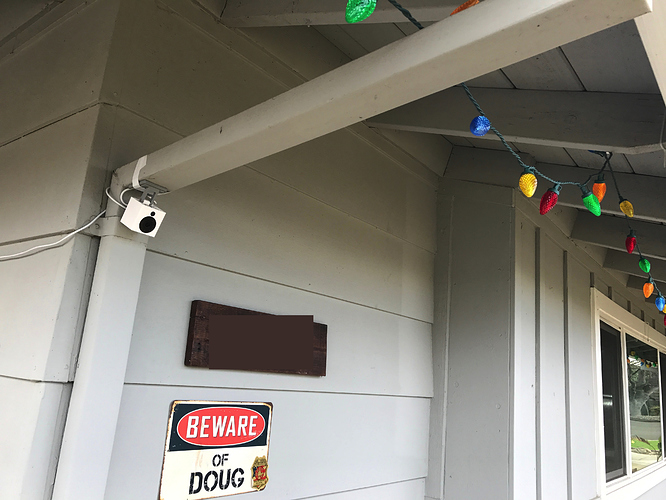 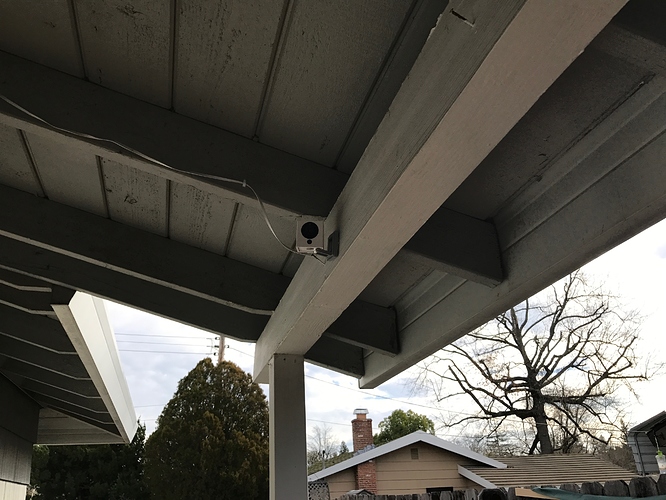 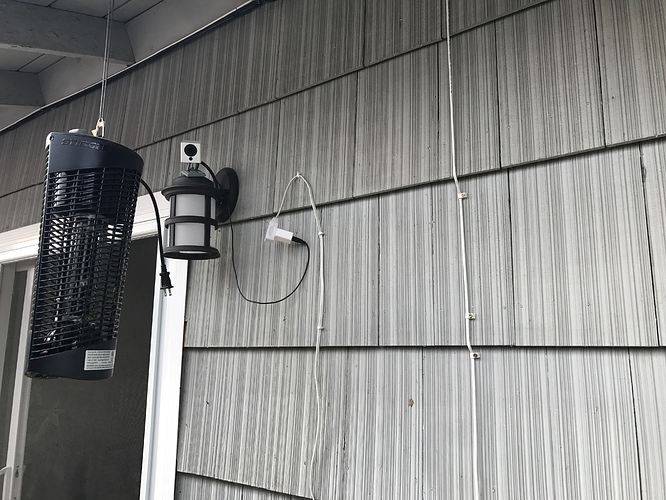 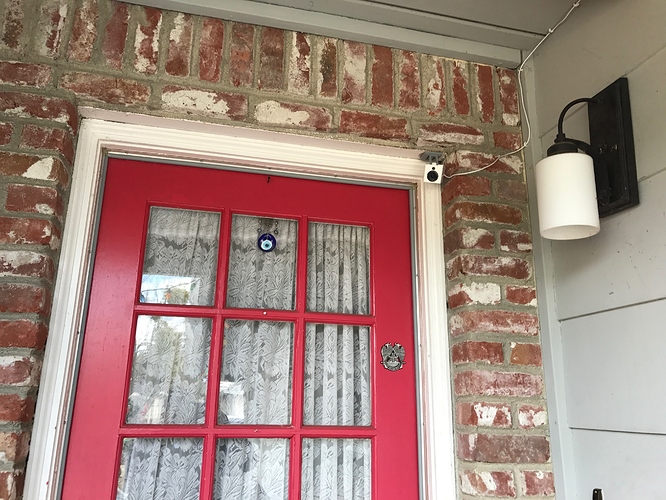 All I need Is a camera with the Internals of a Wyze 2, inside a water proof enclosure, With some kind of weather proof connector for power, a screw down mount, and rated to operate down to -30F.

I don’t need a battery and I don’t need solar charging, that’s just going to make the thing cost more.

I’ve been using one of those covers on a Wyze cam pan for a few months and so far it seems to be working ok. Camera is outdoors, but also under the edge of a flat roof. We shall see how it holds up to a Lake Tahoe winter. I’m definitely interested in outdoor Wyze cams - would probably add 3 more. Plug-in option is requirement for me, as this is a vacation home and batteries die when I’m not there to change them. A weather resistant pan cam would be amazing, but I’d settle for a weather resistant regular cam. Either way - I was considering buying a v2 cam today and sticking it outside with another “silicone jacket” on it - but now I think I’ll wait for the weather resistant version.

A Wyzecam Ethernet adapter similar to https://store.google.com/us/product/ethernet_adapter_for_chromecast?hl=en-US would be a great addition to us who want it hardwired.

please vote on my roadmap idea for a ethernet adapter

A Wyzecam Ethernet adapter similar to https://store.google.com/us/product/ethernet_adapter_for_chromecast?hl=en-US would be a great addition to us who want it hardwired.

you can already stop false events my lowering the motion sensitivity

I have the cover for the stationary camera. I live in southern california so freezing is not an issue. The camera is also under an overhang but it has gotten wet with the recent rains. It’s still giving me a live picture and playback. No issues so far.

PIR mostly detects heat ( IR light radiating from object ). I would guess snow wouldn’t trigger it based on theory…

the hub is what helps it to save battery life…

If you are looking into battery power, which is good… no on wants to recharge batteries in outdoor cameras… having a separately bought and mounted solar panel to charge onboard battery would be the best way to move forward. without it its just a deal breaker.

Do you have these cameras inside any type of protection? I live in Wisconsin and would like to put one outside under our porch overhang. Today it could hit -35 degrees with the wind chill…got to love it.

Just a little trivia about windchill vs ambient temperature:

So, with an ambient temperature of -5 degrees, and a windchill of -25, a camera will only get as cold as the -5 degrees.

5 Likes
Whose Wzye Cam's are Out in the Cold? The weather Outside is frightful!
← previous page next page →