How are you charging them? Via the Base station and USB cable or via a USB Cable and power block

Between the Base Station and USB

Can you try connecting it to a power Brick to the outlet. Would like to eliminate the Base as being the issue.

I am missing something. What is the power brick. Maybe I know what it is but not by that name

why would you plug the camera into the base station to charge? Use the charger provided, or any phone charger and the usb cable that you have with your cameras. I’ve found that sometimes I’ve charged mine, they show 100% charged, I place them back in their location, and they next day they’re totally dead, turned off. Charge again, and they’re fine. no clue why, but I’ve had it happen several times.

You plug it into the Base station as it is a faster method of Charging the device. It actually indicates to do this.

I have 4 WCO and they all came with a 5 Volt 2 amp power adapter like this. I have used them for almost 2 years. 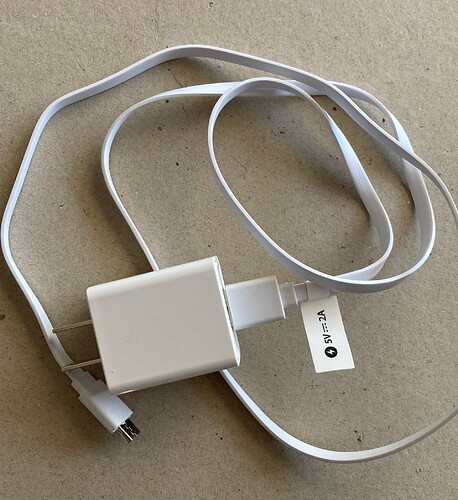