I purchased a weather proof cover from Amazon for the Wyze cam pan. The brand is KASMOTION. It has rained, snowed and is 12 degrees right now up here in Saint Paul, MN. The camera works great so far. It pans and zooms without a problem.

Thanks for the info and link. Comes in black too. This could be very useful!

The only problem I foresee with outdoor mounting is, you may need a camera inside to watch your outside camera mounting if it records to a microSD card. Because it is known that the camera holds the data, and if removed the data can also then be removed, unless you record to cloud, and mount the camera high enough, or in a location it cannot be accessed easily. I mean, who wants their WyzeCam stolen? Certainly not I. Just thinking out loud here.

Good point. Access to the SD card in an outdoor, remotely mounted camera would be something to consider.

i see many people put these indoor cameras outside ,under an eve or enclose them, BUT what about temperature issues,has any one had an issue with this these cameras have a operating range from 32f to 104f

i live in Vermont,have installed 2 cameras outside under large overhangs which completely protects the camera from the weather,but aim concerned about cold temps and being in an environment that is not temp controlled like in the house

I live in Saint Paul, MN and the temperature just dropped below zero last night. No problems yet with any camera functions. We’ll see how it goes through the cold season. Some other’s asked about accessing the SD card. Where mine is mounted I need a ladder but it’s not really a concern at this time.

I live in central Texas, where high temperatures and direct sun would affect the camera as it needs to face west. I have 3 wyze cams indoors now, with one of them pan. I’m less concerned with moisture, although rains from west/north can blow sideways on occasion. I have a foscam bullet camera in this location now, but really want the small wyze cam there instead. Can anyone recommend a good enclosure for the smaller cam? Any heat/west facing experience?

Following…I just ordered and am using a cover, but not excited about it. Still have a little fog with the IR night vision, also has a cover over the power cord and that doesn’t allow me to tilt it down as much as I’d like. Also, no ventilation on the back and I worry about the heat once the Midwest summer kicks in. I think it’s muffling the sound, but can’t be sure. It’s the one with the mickey mouse ears, for lack of a better description.

How is the night vision with this case? I need to rely on the IR/night vision and worry about getting a fog from the reflection with as far out as the cover extends.

I live in Fort Worth and installed my Wyzecam under the corner eaves at my garage - without any protection - year ago. No problems whatsoever from the weather. Operates great.

Thought maybe I would share my Wyze outdoor hook up. My daughters house. Pics should explain about everything 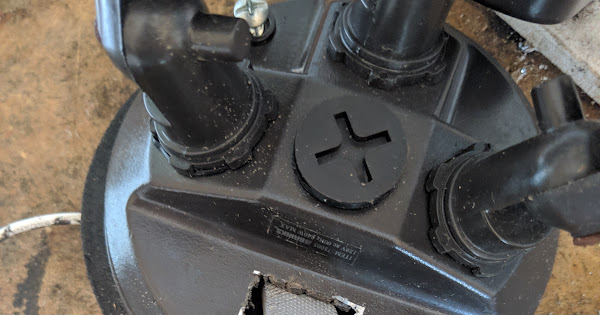 Nice work and an excellent idea!

Hows the night vision at night?

So how did it hold up over the winter? I’m in Robbinsdale, MN and investigating winter outdoor camera options.

So, still no update on the outdoor cam…no posts since late June on this thread. Just wondering, still.

I posted a link to the thread you would want to watch for updates in below. It states it is in testing and I believe they have stated they are targeting for a release this year.

We’ve been working on the outdoor camera with our manufacturer! We’re still in the design phase though so we don’t have any dates or promises to give yet. Some people have requested solar power but we probably won’t be able to make that work with the first version. We are investigating battery power though. Best, WyzeGwendolyn

The first comment was, but there is updates to is since then