I did the beta update, now base station is gone, orange light on all the time, cycled it, pressed reset button, nothing works. Any ideas?

[Mod Note]: Your topic was moved to the beta category for better visibility and consistency in grouping similar topics.

Same! Luckily, my Outdoor camera and base station were a recent purchase to replace an older device. I took it back to Home Depot.

Edit: Could I also get the app version you are running 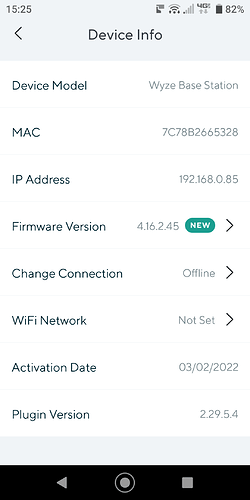 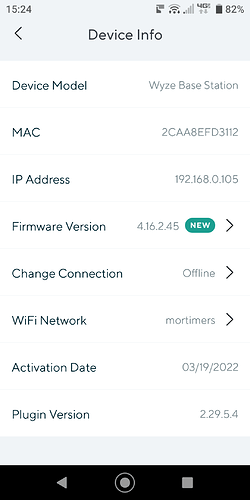 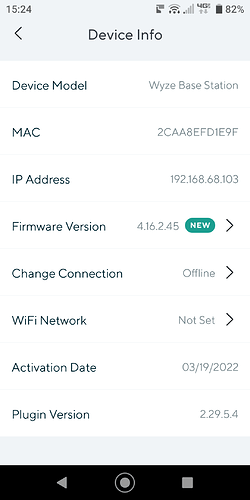 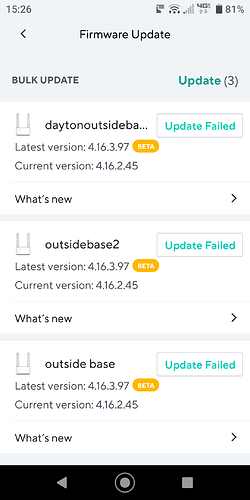 @amortimer1975
Thank you, which app version is this?

Same issue, lmk if you need any info 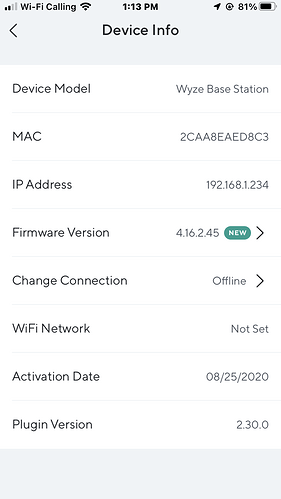 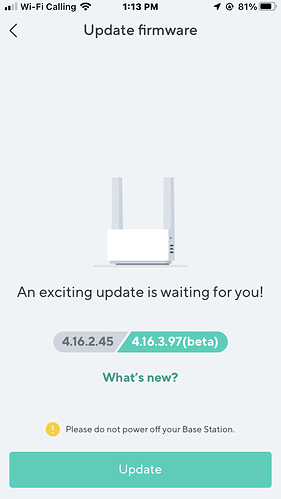 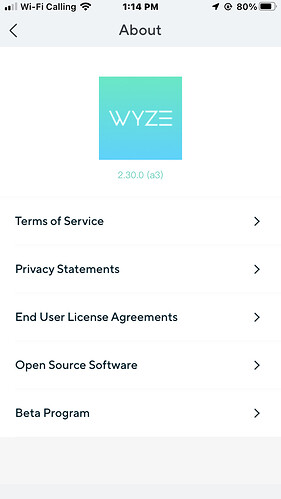 If you attempted this update and your base station will now not connect, could you please contact WYZE Support

We apologize for any inconvenience

I’m having the issue, too 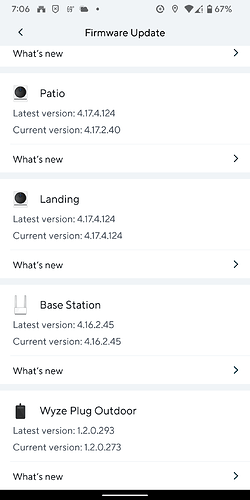 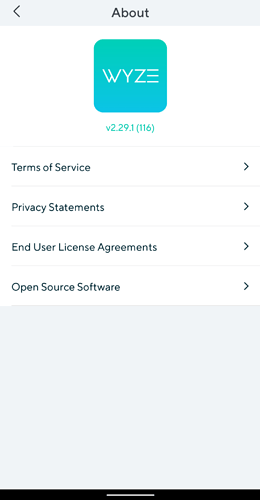 So, the update messed up the base station (as stated above), haven’t had a chance to contact support yet… But I noticed something interesting:

I’m having the same issues. I just installed my outdoor cam with supplied base station. I have had it up and running with no issues until tonight when I was prompted to Update the Firmware (even though I did that last night) and now after updating my outdoor camera keeps going offline. I have had to reconnect it to my base station several times and have to sync it as many times but it keeps getting disconnected from the base station.
EXTREMELY FRUSTRATING. Just bought and spent several hours setting up. What should I do? I’m tempted to return everything and cancel my home monitoring service. Please help.

I noticed something interesting:

I experienced the same problem running your versions. I fixed it by flipping the cam switch off, pulling the Ethernet cable from the base station, pulling the power plug from the base station, plugging Ethernet cable back in, powering up the base and turning cam back on. But the problem resurfaced after a few days. The problem disappeared running base firmware 4.16.2.66, but that’s been halted/pulled, which is a shame as it’s part 2 of 2. You are running part 1 of 2 on your base.

Has there been any updates to this? Same issue but because I’m a new user I’m limited to posting.

Hi all, I’m really sorry about the issue. There was an issue spotted in our firmware update server, which caused base stations to skip a mandatory firmware package and became unresponsive. Please contact Wyze support for a base station replacement.

Scratch that… starting to see the same issues with Base Station firmware 4.16.3.97.

Am I understanding correctly; the Base Stations are now bricked and Wyze will be sending us new ones?

That’s what it sounds like to me. I need to call soon, myself.

WCO cams fail to connect to live stream (error code -68) requiring a base station powercycle. Powercycling base station fixes problem only temporarily… problem resurfaces over a 12-24 hour period. During the period when connecting to live stream isn’t possible, events are captured, uploaded to the cloud and event notifications are received.

@WyzeLi… I have 3 base stations loaded with beta firmware: 4.16.3.97. Rather than obtaining replacements, can’t I just reflash with an older version such as production 4.16.2.66? Or even older 4.16.2.7 and run incremental follow-ups? My base stations are not bricked.