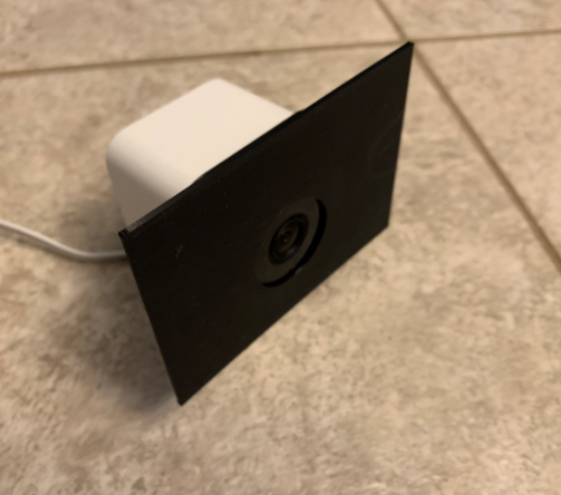 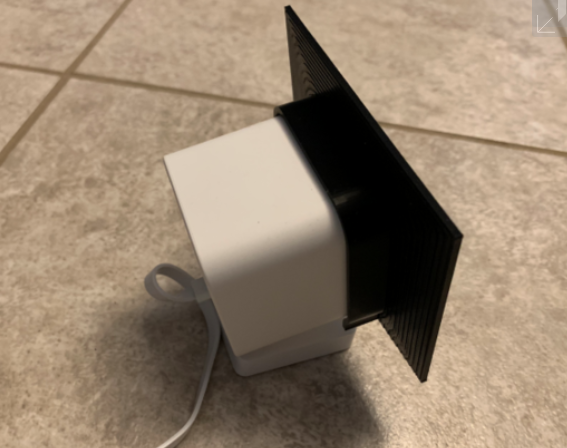 The Shop page for the window mount actually does NOT say anything about how it is actually mounted. It does not say anything about sticky pads, and I can only find a couple references to people assuming they are sticky. Yeah, it looks like some kind of pad and one assumes they would be sticky. BUT they also look like just basic rubber pads. The camera is shown with its base pulled out and positioned in a very particular way as though it is meant to merely lean against the window as though propped up next to the window.

What about the camera side? Does it clip securely onto the camera, or is that part also sticky? I looks like it barely interfaces with the camera rather than providing a durable support. If the camera or the cord are knocked will it just fall off the mount?

Does anyone have more detail?

This accessory is now fully listed with the others on Wyze Shopping and has more details and pictures now, so this was only found a few days before public launch and had no info, now it has some info, but it is still missing some that it would be better to have there as the above post points out.

Wouldn’t it take advantage of the same front ledge/clip point the spotlight clasps onto?

This was a proof of concept. I have a few more tweeks, but yes it is for V3 and I will post to Thingieverse.

Someone who ordered this posted a photo on Reddit. It has two VHB 3M Strips on it to attach to the window. It’s basically permanent, per the posting on Reddit.

Here’s the photo they posted: 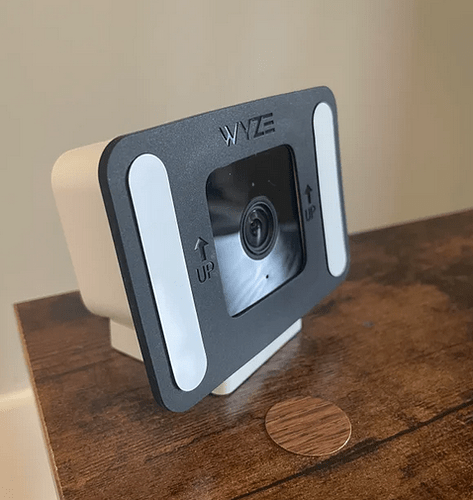 The spotlight attaches by adhesive strip.

The white on black looks tacky. They should’ve used some kind of double-sided black or clear tape.

A person who wants to be able to move it around to different locations sometimes could always use 3M Velcro strips instead. I did this mounting the little metal disc that V2’s and V3’s hold onto.

@holocron Customer was referring to how the spotlight has to clip on right at the front tip of the V3…if you try to attach it to the middle or front of the V3 then the spotlight just shoots off and won’t stay, even with the adhesive, but if you attach it in the right spot on the front it will hold on okay even without the adhesive (I learned this with my own spotlight). So maybe this is also partially holding on to that same little groove as well (probably in addition to the adhesive).

Can you post some photos of the spotlight and how it attaches?

I’ve been 5 hrs out of town all week, so I can’t do pictures or video right now, but basically when I tried to attach the spotlight, I tried putting it on the middle of the camera on the top and it kept shooting off the cam, it wouldn’t stay at all. Finally, I pushed it back and forth all over the cam trying to get it to stay on until I pushed it forward enough to overlap just past the front of the V3 cam and it basically snapped into place and finally stayed on without popping off. I had no idea that it needed to slightly overlap the front. I suggested to Wyze that they make that a little more clear for others, maybe update the box it comes in or something.

Yes, I agree things need to keep on topic/relavant.
This particular discussion is actually related to the Window Mount as a review of post 24, 26 31, etc will help to give context to. Basically the discussion is whether the Window Mount clips on and holds the V3 the same way the spotlight basically clips onto a V3 and is held well when it is in exactly the right spot. If the Window Mount does the same thing in the same way, then the mount might even be able to hold the camera fairly well without using adhesive.

When the rest of the thread of that discussion isn’t followed, then an individual post about it certainly seems off topic and unrelated. My apologies for not clarifying more the relevance at hand to this product, as I was just answering for those who had been following the questions about whether the window mount is fitted the same way the spotlight is fitted to hold it basically perfectly, and I assume that is the case.

Nicely put. I would have just said to RTFT.

I refuse to use PayPal. Husband had problems twice with someone buying Euros with his credit card.

Hello, People.
April 3 2021 I submitted post #13 where I talk about external dog-leg magnetic window mounts to avoid glare problems when cameras are looking through windows. That post ended with a commitment to provide a simple means for measuring camera aim angles. The four pictures below describe how to make and use one.
Before getting to the pictures, I have been following the discussions about the new see-through-the window-face-full-forward adhesive-mounted camera brackets. I wanted to try and make an inside-against-the-window, not just a face 90° to the window, camera support bracket. My plan was to have a window sill support post or a side window yard-arm support while a little caulk keeps the camera holder against the window. One of the purposes of the camera-angle-measure device is to provide fabrication measurements. Beyond the first 4 pictures are some preliminary pictures of my oblique camera aim against the window project. 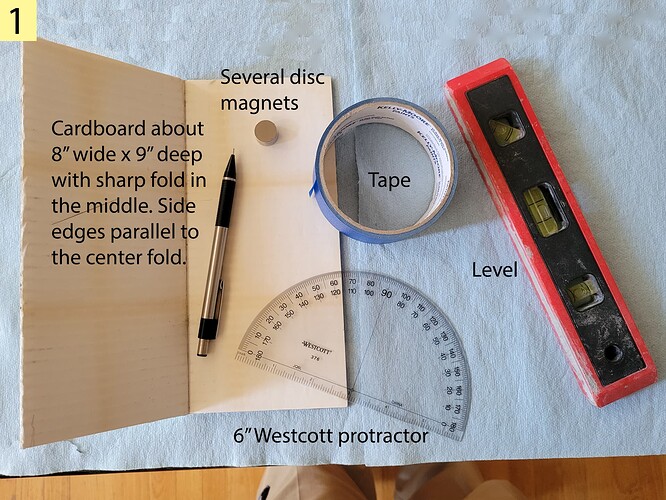 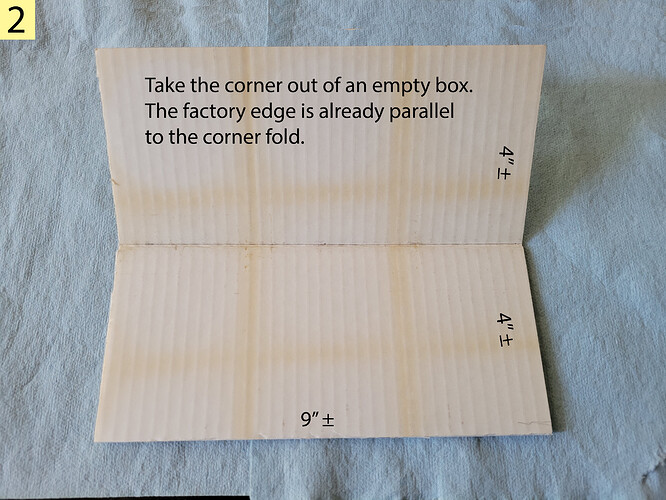 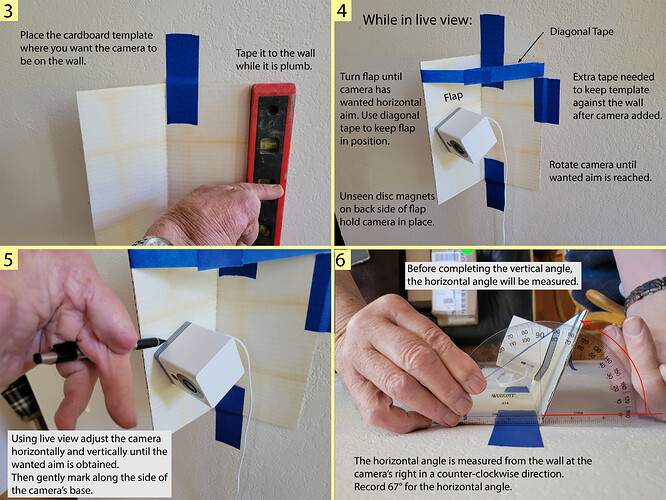 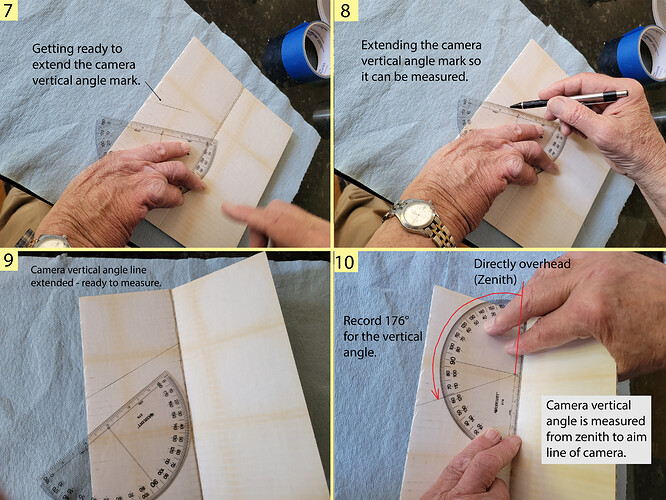 The next four pictures are of a new against-the-window obliquely aimed camera project. At this time I learned that for a full field of vision, the square camera enclosure will need to be replaced with a four-sided truncated pyramid.

The first picture below is of the bottom side of the enclosure box, The compound cut across the open end of the box permits the oblique aim of the camera. The un-sealed power cord entry hole did not detrimentally affect the camera’s view. 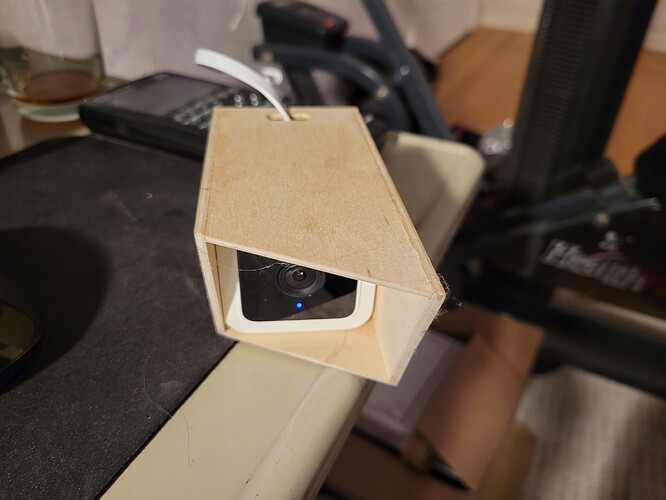 Picture two is me being a temporary stand. 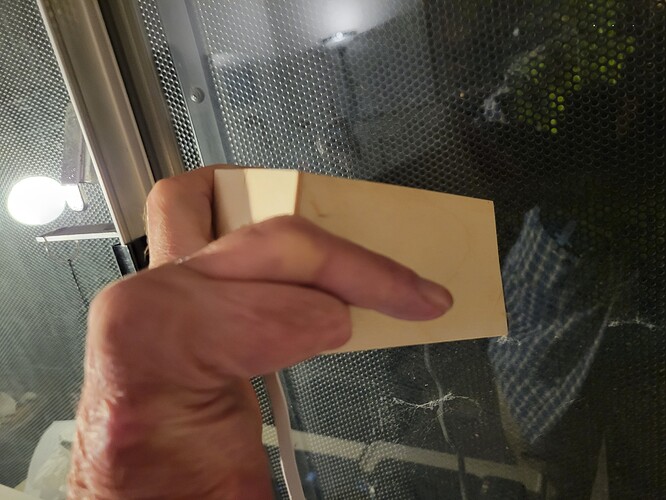 This photo is the camera’s view looking obliquely through the window no enclosure. 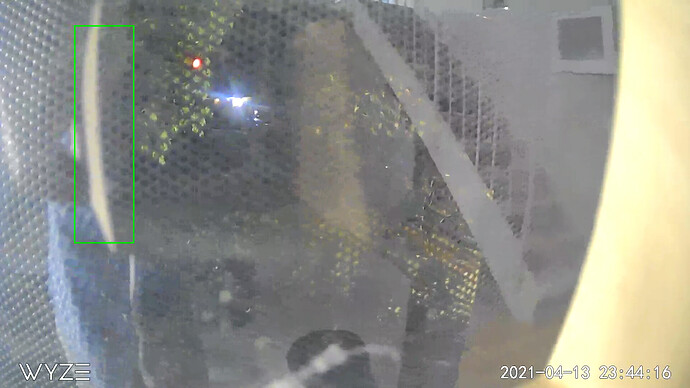 This last photo is the camera’s view from within the box. 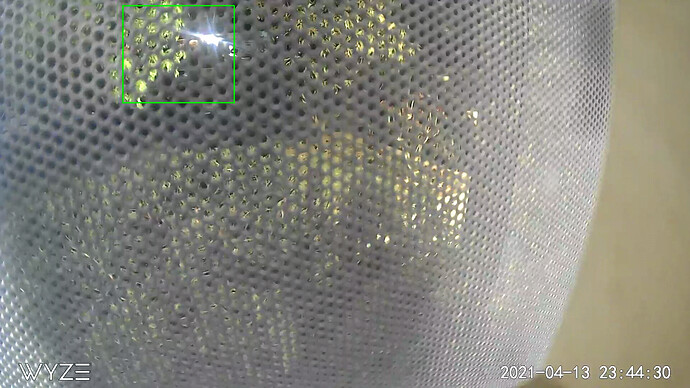 In this picture, it can be seen that the wood enclosure blocks a portion of the camera’s field of view - about 1/7th on the right. This is why a switch to a truncated pyramid enclosure is needed.
I’m sure you’re wondering why I used a heavily screened window with such a crummy view as an example. Two reasons: One is this device is for somebody else’s window and he is asleep: I am so excited to see how well it worked, I wanted to share it.

It would look a lot better if there wasn’t a screen interfering with the view, but you can still tell that doing this reduced the glare a lot.

Exactly this. The difficulty with any mount that is angled is maintaining the masking around the camera to reduce the ambient light glare.