I just saw a banner when opening up the app about NOT supporting lower IOS. Something about IOS 14.

Please DO NOT do this. I run IOS 13.5 because I HAVE to, I cannot upgrade because of apps I need for work. I have 25+ wyze devices.

If you lock me out of the app for frivolous upgrades I will go ballistic. I’ve been a customer since the beginning and own MOST of the products.

An IOS lockout will cause me to lose functionality of hundreds of dollars. I will be unable to use all my devices. This is ridiculous. The system works now under my software. Causing it to fail on my in the future is tantamount to stealing. You can’t steal my products and functionality after I have purchased them.

Please DO NOT FORCE UPDATES FOR WORKING SYSTEMS.

I am a big evangelist of Wyze, telling everyone I know. Don’t make me change my narrative to avoid this company,

This notification from June 2021 states you need iOS 12 or above. I have not seen anything that states anything different. As far as your stealing comment I guess people that have/had 3g phones on AT&T and soon to be Verizon should make those companies give everyone a new phone because they will not now or in the near future work when 3G no longer exist.

UPDATE: This change is being postponed to give folks more time to find compatible devices. Thanks for the feedback, everyone! We’ll move forward with this change later this month or starting next month instead.

Dear Friends, We always aim to provide a better app experience. Some of our upcoming features have a minimum operating system (OS) requirement to function effectively. Because of this and the existing challenges with older OS compatibility, the 2.22 app release scheduled …

The banner popped up today on my phone which is on Ios 13 It did not pop up on my ios 14 tablet.

I’m guessing that unless you run 13. You will not get the banner. I got it once. I posted here to reach out, I’m guessing calling them would be a meaningless enterprise down a rabbit hole eventually reaching someone who had no idea.

Why would I go down 4 models on my iphone? Why would I want to carry two phones? I don’t think you understand the issue, Antonius.

I understand the issue. You are using a 22 month old version of iOS because the apps you need for work won’t work with iOS above 13.5. Maybe you should contact the makers of those apps and tell them to get with the program and update their apps. then all would be well .

I almost missed it, popped up once for a second and hasn’t popped up since. It basically said something to the effect that I need to upgrade the app and it will no longer be supported under 13, and needs to be 14 to take advantage of “new features” I don’t care about.

The app works now, if they force me to upgrade I will pick my phone over the entire ecosystem and it will cost me a chunk of change. Sigh.

The banner popped up for me today on a device running iOS 15.4.

It appears that the pop-up is indiscriminately displayed upon 1st run of app version 2.29.1 (a6).

I haven’t seen it yet. Maybe it’s the ghost of the WYZE future.

I didn’t screenshot it… I figured everyone must be seeing the same thing and I ignored it.

After having touted the great, inexpensive Wyze cams (v2 and now v3) to my girlfriend (wound up with 3), I/we are so frustrated and upset that Wyze keeps updating the app (with features we don’t use/need/care about) but don’t keep backward capabilities for phones. Big selling point for us (I have 3 as well), was no need for a subscription, just add an SD card and it does all we need/want. She has an iphone 6s, yes, old, but works fine, battery still good, and does all she needs in a cell phone. EXCEPT we can’t load the new app, needs IOS 14 or something and she can only support up to 11.

I mistakenly uninstalled the older app, thinking there was a problem and went to reinstall, only to find it wasn’t possible. UGH.

Time to sell off both our Wyze cams and get something else. Reolink, for example, sells a pan/tilt model with similar features to Wyze pan/tilt model but at Wyze Cam v3 price, AND you can watch it from a computer as well (which we wanted).

So, bye bye Wyze, just lost not only two customers but also their good will and any possible future purchases.

[Mod Note]: Request was moved to this topic for better visibility and consistency in grouping similar concerns.

Are you mad at Apple also?

Here’s everything you need to know about iPhone, straight from Apple. This definitive guide helps you get started using iPhone and discover all the amazing things it can do. 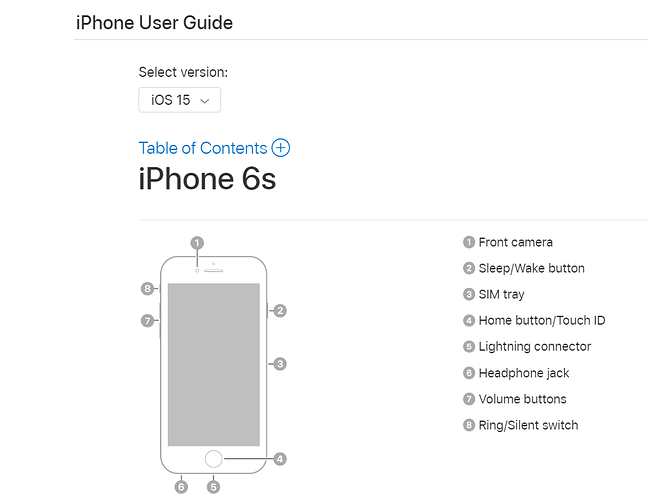 You need iOS 12 for the WYZE app

EXCEPT we can’t load the new app, needs IOS 14 or something and she can only support up to 11.

And the iPhone 6 on iOS 12 still retains all backward capabilities, just not the forward ones.

She has an iphone 6s, yes, old, but works fine … EXCEPT we can’t load the new app, needs IOS 14 or something and she can only support up to 11.

Yes, I also have an iPhone 6s right now that updated to iOS 15 just fine and everything on the Wyze app works on my 6s.

Have her update the OS and everything will be good. No need to worry about a new phone or devices not working.

As I understand it, most of the updates are actually security requirements rather than new feature requirements. The phone will be much more secure/safe with the OS update.

I went by this information from 2021, if it was announced as a change to iOS 14 I missed I guess?

UPDATE: This change is being postponed to give folks more time to find compatible devices. Thanks for the feedback, everyone! We’ll move forward with this change later this month or starting next month instead.

Dear Friends, We always aim to provide a better app experience. Some of our upcoming features have a minimum operating system (OS) requirement to function effectively. Because of this and the existing challenges with older OS compatibility, the 2.22 app release scheduled …

I must have missed it too. I just searched the support site for “Wyze app compatibility”. 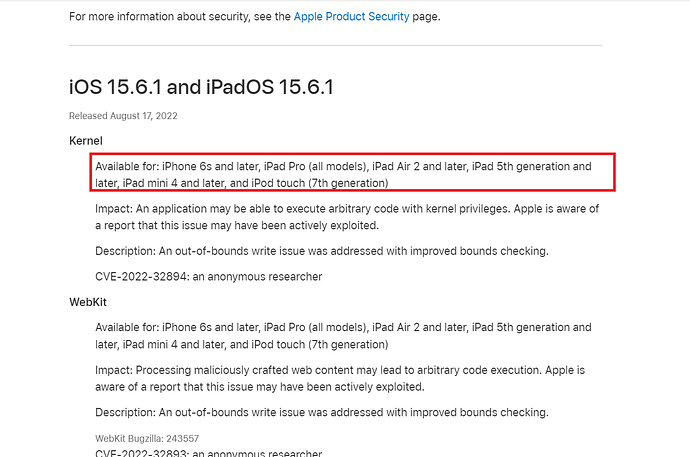