I just bought 2 of these and I live in an area where it gets to about -35 in the winter with blowing snow and freezing rain. I am going to install under the eaves of house, but should I invest in some sort of protective housing. Any tips or suggestions?

I have had mine outside under the eaves for over a year with -17°F no problem , I have no cover of any kind on mine , some people in Alaska and Canada have had theirs out just as long and the cameras still keep functioning properly

Hi. I live in Canada and have had some of my cameras under the eves without a problem. I haven’t seen any issues when it gets really cold so I think you’ll be fine as long it is protected sufficiently from moisture.

as long as you have a light outside and wont need the ir leds on I made a case that so far has worked great! I put a cover on the front to keep it protected thus the reason the IR’s wouldn’t work.

A protective case for mounting outside ( V2) Tips & Tricks

so I recently had an idea somewhat based on other users Ideas to make an outdoor mount that would protect the camera. I went to a local home improvement store and bought an electrical conduit box for about 8$ this is something that is going to withstand the elements and being the nature of the box, keep the majority of debris out. it also has holes for wires already in it which worked to my advantage. the one I bought was similar to this. [gray-greenfield-boxes-brackets-b34ps-64_1000] as …

I just recently installed mine above my door. I bought these two items from Amazon ($18) and it works great. I set the detection to person for notifications and it does the job. Love it! I am planning on painting it to better match. Good luck 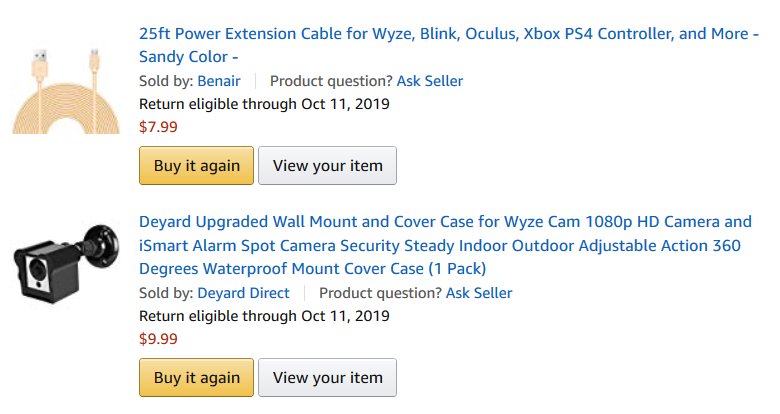 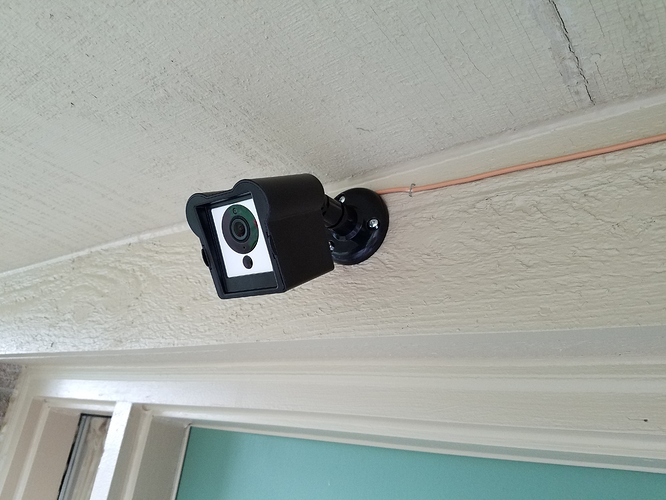 I’ve had a pan-cam for several months outside - I bought a silicone cover and it’s mounted under the eaves. I did add black electrical tape around the inside of the cover’s protective extension because of comments that the reflection affects its night vision ability. My only problem has been spiders! They like to build webs and then I get notification when the cam turns and sees the web reflection from the IR lights!

Yeah I’ve got the same problem with spiders. The problem will soon be solved for a bit by winter. Lol