Attempted to do an update on my Wyze Outdoor Cam over the holiday weekend and the camera went offline and never came back up. I removed both the cam and the base station from my app so I could attempt to reconnect them and see if I can get it working again. I was able to add the base station back with no issues, but I cannot get the cam to add. The add procedure wants me to press the sync button and waits for the light to flash yellow to pair it with the base station, but it is already paired (both the cam and base station have a solid blue light.) So the cam is still linked to my base station, but I cannot figure out how to add it back to my app. Can anyone help?

Did you force close the app and then open it again. Before you do that go to account>app setting on the app and clear the cache.

Yes, I have force closed the app. I also tried clearing the cache as you suggested, but it did not change anything. The camera and base are linked together, but I cannot add the camera into my app because of that.

I am unable to get through to Wyze support on the phone, either. It just says they have limited hours due to a storm, but I am calling during those limited hours. 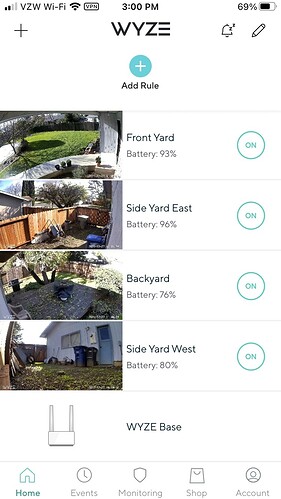 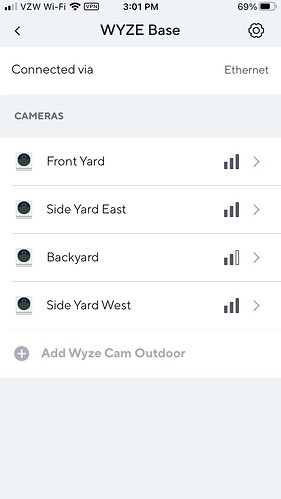 I got through to someone at Wyze via email and they had me manually flash the new firmware onto the camera, and that allowed me to resync it to the base station (and the app). Thanks for the help everyone!

Hi there. I’m having the exact same issue. How did you get the camera to pair with the base again? I can’t figure it out and having a hard time connecting with Wyze Support. Thanks!