I have a motion sensor set up in my hallway that turns on the Wyze Bulb in the hall light when it detects motion. The past 3 nights, the motion sensor has detected motion at one, single time during each night. These times were different each night, but it was only once per night. I do not have any of my cameras set up to look down the hallway, but the light shines into two other rooms that I do have cameras in, triggering motion detection on the cameras. Reviewing these videos, I am not able to see any shadows being cast from the hallway as the light turns on.

The motion sensor is set up near to the ground, so perhaps it could be detecting a bug or mouse? I certainly hope not. My initial thought is that, if this was the case, it wouldn’t be just one time per night.

I plan to move one of my cameras to have a better angle into the hallway tonight to see if I can record what’s going on.

Does anyone have issues with false positives from their motion sensor?

I constantly get false positives. Several times an hour. it is set 6 feet up. My best guess is changing shadows from the blinded windows behind the sensor. Definitely not bugs in my case. I’m at a loss on what to do because it is the one room I really need a sensor on.

I have the same problem with motion sensor. It is installed in the restroom and switch on two Wyze bulbs there. It suppose to switch them on immediately and switch them off after 2 min on inactivity. It switch the bulbs on very often without anybody in the restroom. At night it happening more often than during the day. The information in the app shown activity for less than a minute. The restroom has a small frosted window. But this sensor should be activated only when it detects IR radiation.
What should be a reason it activates so often?
Does anybody have the same problem?

Welcome to the Wyze community Oleksii. Infrared can easily pass through a frosted window. It can also be reflected from a bathroom mirror. An HVAC vent blowing on the PIR sensor can trigger a false positive as the sensor cover heats up and cools down. And then there are rodents. Try a simple test… cover your frosted window with a towel and see if your problems disappear.

Thank you for the answer. There window and the mirror is on the same wall as the sensor so theoretically the sensor physically cannot see the window. There is no HVAC system in the restroom (the house is pretty old). I ordered another several sensors like this and will replace the existing one. Will see what happens. Hope there is no rodents in the restroom.

Couldn’t a V2 in IR mode or a hacked smartphone monitor and record the changing heat signatures during those times? 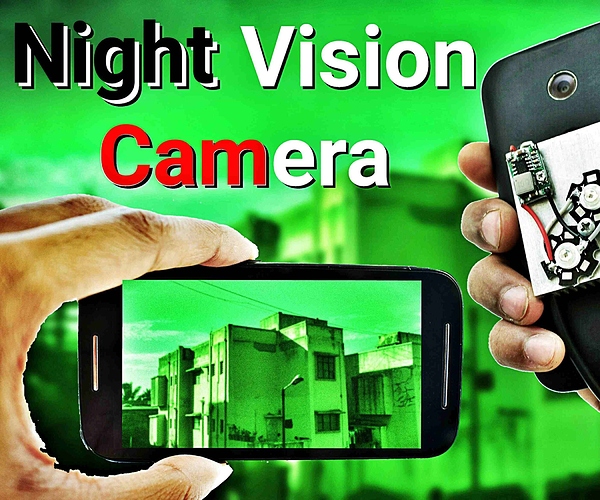 Make Night Vision Camera From Old Smartphone !: Today i will show you How To Convert old smartphone Camera Into night Vision Camera Very Cheap But Useful Hack When you get your new phone you usally just keep your old phone non working ( in drawers)...

Thanks. You sent me down a small rabbit hole.

Remainder of this post excerpted from a journal paper on IR pedestrian detection:

Objects generally emit infrared radiation across a spectrum of wavelengths, but only a specific region of the spectrum is of interest because sensors are usually designed only to collect radiation within a specific bandwidth. As a result, the infrared band is often subdivided into smaller sections.

The International Commission on Illumination (CIE) recommended the division of infrared radiation into three bands namely, IR-A that ranges from 700 nm to 1400 nm (0.7–1.4 μm), IR-B that ranges from 1400 nm to 3000 nm (1.4–3 μm) and IR-C that ranges from 3000 nm to 1 mm (3–1000 μm). A commonly used sub-division scheme can be given as follows: Near-infrared (NIR, IR-A DIN): This is of 0.7–1.0 μm in wavelength, defined by the water absorption, and commonly used in fiber optic telecommunication because of low attenuation losses in the SiO2 glass (silica) medium. Image intensifiers are sensitive to this area of the spectrum. Examples include night vision devices such as night vision camera.

Short-wavelength infrared (SWIR, IR-B DIN): This is of 13 μm. Water absorption increases significantly at 1450 nm. The 1530–1560 nm range is the dominant spectral region for long-distance telecommunications.

Mid-wavelength infrared (MWIR, IR-C DIN) or Intermediate Infrared (IIR): It is of 3–5 μm. In guided missile technology the 3–5 μm portion of this band is the atmospheric window in which the homing heads of passive IR ‘heat seeking’ missiles are designed to work, homing on to the IR signature of the target aircraft, typically the jet engine exhaust plume.

Long-wavelength infrared (LWIR, IR-C DIN): This infrared radiation band is of 8–14 μm. This is the “thermal imaging” region in which sensors can obtain a completely passive picture of the outside world based on thermal emissions only and require no external light or thermal source such as the sun, moon or infrared illuminator. Forward-looking infrared (FLIR) systems use this area of the spectrum. Sometimes it is also called “far infrared” Very Long-wave infrared (VLWIR): This is of 14–1000 μm. NIR and SWIR is sometimes called “reflected infrared” while MWIR and LWIR is sometimes referred to as “thermal infrared”. Now, we can summarize the wavelength ranges of different infrared spectrums as in Table 1.