List of Wyze Suppliers, Which Products They Supply, & More

In mid-May 2021 I compiled a list of all publicly known Wyze Suppliers/Manufacturers and What products we have records of them supplying to Wyze. You will note that contrary to popular myth, NONE OF THE SUPPLIERS ARE XIAOMI, though Xiaomi does use a couple of the same suppliers/manufacturers for their products, hence the similarities or identical design for some of the products (despite differing and customized firmware, which Wyze does a much better job with).

I shared the following research with a couple of forum friends ( @spamoni4 @R.Good ) who encouraged me a month ago to post it for others too. Sorry for the delay guys. I intended to do a lot more research before posting, but due to time constraints, I’ll post what I have now, and possibly add/update more later.

Here is the List of Publicly Known Suppliers/Manufacturers Wyze Contracts with:

Actually, some of those earliest/latest dates might have outliers I missed as the shipping stuff was a little chaotic, so those were the earliest and latest dates I could easily view

Interestingly, when I googled some of those companies/suppliers, I found the FCC filings for their Wyze products in listings that weren’t actually filed under the Wyze Labs name, so you might be able to find hints on some of Wyze’s upcoming special projects by checking FCC filings including the suppliers names. I’m not sure if Wyze really does that on purpose to hide products from curious snoops like me who sometimes check the FCC filings, but it does provide some other ideas for those who do like to look for such hints.

I thought this could be a fun or useful reference, especially with so many people always wrongly saying that Wyze gets stuff from Xiaomi.

It isn’t accurate to say Wyze gets anything from Xiaomi, instead, they both just go through Tianjin Hualai Technology (and maybe Ihealth) for some of the same hardware (though Wyze makes the firmware so much better!). Wyze also uses several other suppliers for other products that Xiaomi does not use.

For those concerned that most of the suppliers are from China, I feel it is only fair to give Wyze’s own response to questions about one of them (Tianjin Hualai Technology). Basically Wyze confirms that Wyze (in the USA) maintains FULL CONTROL of API features and customer experience, so there should be nothing to be concerned about. 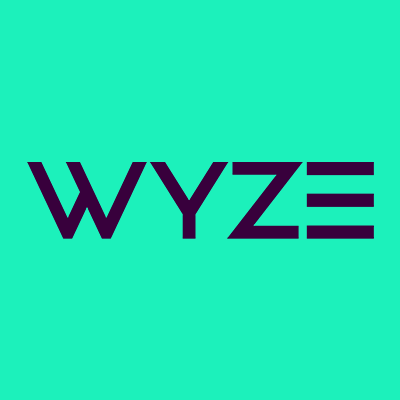 @WyzeCam
@seanbeck0501 Tianjin Hualai Technology is our manufacturer. We leverage some dev resources from them to reduce cost but we always have full control of API features and customer experience. 🙂

Lastly, I checked all of those suppliers/manufacturers against the most recent “banned Chinese Companies” list, and none of Wyze’s suppliers are on the list, so there should be no extra supply issues due to the new China bans…though the tarriffs are still probably painful.

wow. now that is well researched

not sure if Wyze really does that on purpose

The FCC Grant of Certification is required before the product can be brought on US soil (with few exceptions). Wyze can rely on the foreign manufacturer for obtaining the certificate.

Yeah, the last time I searched the FCC records for Wyze’s submissions there were a ton of Wyze products not showing up there, so I realized Wyze is definitely using someone else’s FCC filing for a lot of their products, I just didn’t who until now. Now I at least know who a lot of those suppliers are. I looked up some of them on the FCC site and they definitely have Wyze devices submitted there under the supplier name (especially Tianjin Hualai Technology has a bunch there). Sometimes it’s fun to get hints on what might be coming out soon or details about products that aren’t normally all mentioned in the product launch details.

Impressive list and very thorough. This was definitely an eye opener to me.