I can highly recommend older versions of the app for the time being. So far they still work well.

(I won’t even bring up landscape mode on the iPad)

This was a good product when I first bought mine now it is pretty much worthless. The small event pictures are basically unusable and they can not be expanded. Is there a way to go back to the older version?

Absolutely, if you are using Android and are comfortable with sideloading, you can find the old versions of the app at places like apkmirror.com and apkpure.com. It takes perhaps a minute to download and install. (I would uninstall your existing version first.) After installing, it’s a good idea to turn “install from unknown sources” back off. Slightly different procedure in newer Android, unfortunately. Here’s one article 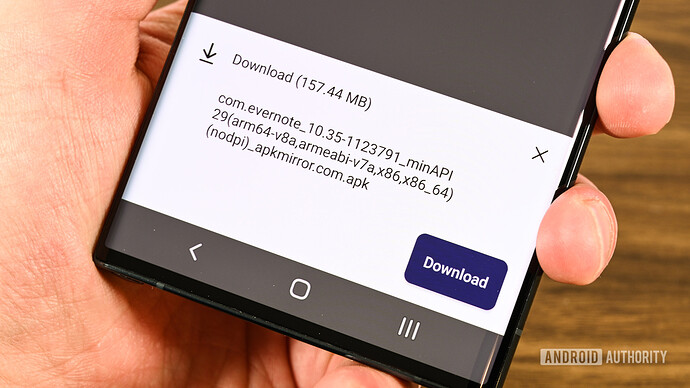 How to install third-party apps without the Google Play Store

There are plenty of other ways to get apps from outside of Google Play. Here is how to install apps from APKs.

I don’t use android. I use Apple products so how can I get back to large thumbnails? I have frequently recommended Wyze cameras but I am putting that on hold pending what happens with the events thumbnails.

I use Apple products so how can I get back to

Most methods I have seen require that you have the old .IPA file of the the app already backed up (synched) to your computer using iTunes, or Time Machine, etc

Does anyone know another method of rolling back an iOS app besides the iTunes or Time Machine method? After the last Wyze app update having to use Zoom to view the event list on an iPad is a PITA. Thanks

I don’t use android. I use Apple products so how can I get back to large thumbnails? I have frequently recommended Wyze cameras but I am putting that on hold pending what happens with the events thumbnails.

Short answer, no, you can’t. Apple does not let you revert. Long answer, wait for Wyze to fix it. Longer answer, see above about backups or find the Apple proponent who was touting the .IPA route (not talking about sodcam) but disappeared when we asked him where all the independent .IPA stores were.

Sounds like Wyze is going to fix the problem and that will be great. I did think Apple was going to allow a reversion. I like the cameras and when you get this back to the larger event thumbnails I will buy at least 1 more and start promoting them again.

Short answer, no, you can’t.

LOL! Yes, this is probably my biggest complaint about iDevices - it is such a battle to hang on to, or revert to old apps or iOS versions that do what the newer ones won’t.

I understand Apple’s philosophy - and its advantages - but unless you’re prepared for it before hand, and do it frequently enough to know the steps, it’s generally not worth the hassle to recover an older app version.

Just to be clear, I’ve seen no indication Wyze intends to increase the size again. If you’re stuck on iOS you may just be out of luck. I was using the term “fix” loosely. This is their intended size now.

You had a good product but now it a very poor excuse for one. I can no longer recommend it to others. Your company’s decision to down grade your service is poor customer consideration of satisfactory service.

How may I revert to an older version to my webcam?

If you mean to increase the thumbnails, that’s a feature on the app, not the camera itself. If you are using Android you can easily find old versions of the Wyze app at places like APKMirrror and APKPure and “sideload” them. There are plenty of good guides on the web. (But if you use iPhones you’re hosed.)

What feature in the app your talking about would increase the thumbnails. I’m not asking about quantity, it’s the size. I have not seen any app feature that will increase the size of the thumbnails listed in the Recent Events. They used to be about 2" x 1" and now are 1" x 1/2".

I have an iPad Pro, 10.5" which has the latest iOS. How do I find and install an older Wyze app that will return the Recent Even thumbnail to the larger size?

Wyze improved the app, that’s why the event thumbnails are smaller.

I sometimes use Zoom in iOS, not ideal and a PITA but it can help. 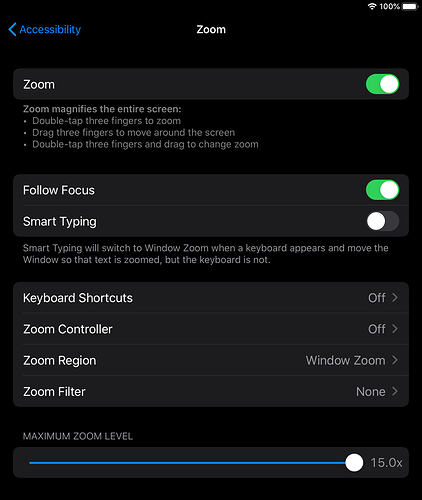 I’m not asking about quantity, it’s the size .

I think you’re both talking about the same thing. Everyone in this thread seems to want the old style larger thumbnails back and, for now, the only way to achieve that is to roll back to an earlier version of the Wyze app.

iPad Pro, 10.5" which has the latest iOS. How do I find and install an older Wyze app that will return the Recent Even thumbnail to the larger size?

As @Customer says above, it’s a real challenge on iDevices unless you’re good about backing up your iPad locally, and still have a backup that has the old version of the Wyze app in it. Then you should be able to delete the new version and restore the old version from your local backup. More info below.

Most methods I have seen require that you have the old .IPA file of the the app already backed up (synched) to your computer using iTunes, or Time Machine, etc This thread discusses the matter - please read all of it before drawing any conclusions Possible methods https://www.imobie.com/support/downgrade-an-app-on-iphone.htm

How about if Wyze would just make the old app available so we could download it.

They could, but APKMirror and APKPure and others already do. Android users can download pretty safely from there (and either way you’d have to allow the same sideloading). And as noted there’s little hope for Apple users without backups.

So you’re telling us that Apple users just aren’t important enough for you to fix a problem you created?