How about a safe that lives up to its name?

Biometric lock. Smart integration. No nonsense engineering. Wyze is bringing the latest in safe technology to everyone. 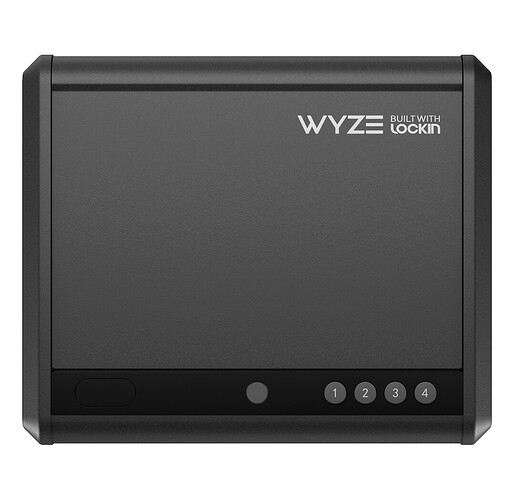 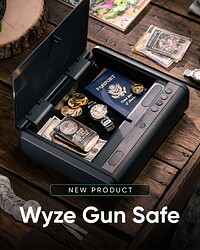 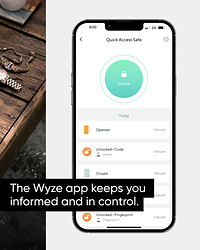 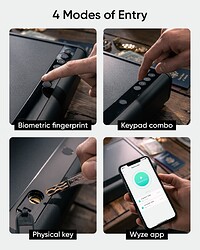 Wyze should send one to the lockpickinglawyer.

I believe the launch price is too expensive. There are MANY similar gun safes listed on Amazon for around $100. I know they do not have an integrated app, but most have biometric, code and key access and have similar build quality. As much as I love Wyze, I am not sure I am ready to fork over that amount of money just yet on a pistol safe!

I am also subscribed to the annual plan for Cam Plus, but the store NEVER recognizes I am a Cam Plus subscriber and the app always tries to insist I assign a camera to the Cam Lite! Therefore, I am not seeing any special pricing that Cam Plus subscribers are supposed to be seeing. But that is a whole different other issue…

You beat me to it.

Definitely. I wouldn’t trust a locking product without him getting a shot at it.

He has defeated so many electronic gun safes in so many silly ways.

I like that there are so many failsafe ways to open it:

And even if you somehow lost your physical key and let the batteries die, you can just connect it to a USB-C cord to restore temporary power to unlock it with any of the smart unlock options. That is all seriously pretty awesome!

I do wish it was fireproof

so I can see why it is designed mostly as a gun safe, or for things like medication. I will still keep most of my other documentation in a fireproof safe though, just to be…safe…

I guess Wyze will just have to make a second one that’s also fireproof now.

I am loving all the failsafe ways to make sure YOU can always still reach your secure items with multiple ways to access them with power (batteries, USB-C) or without (physical key). There was some good design put into all of that.

I own a number of gun safes and lockboxes, from full sized stand-up Liberty safes to small safes like this one. From the video, it appears to be on the higher end of the build quality and features side to more than justify its price. Similar higher end safes run in the $200-$250 range, so the intro price of $155 seems quite reasonable to me by comparison.

I get that that may be too much for some people, which is why there are cheaper options. But I don’t believe Wyze is anywhere near overpriced for what they’re offering here. If a cheaper safe meets your needs without the extra bells & whistles, just make sure it’s at least constructed well. I find that the less featured and cheaper safes are also constructed of thinner steel with obvious weak points in latch or hinges. A few minutes with a screwdriver will make short work of it. And if it’s not secured well it doesn’t matter as they’re all small enough for the thief to pick up and take with them to break into at their leisure (and no, those small steel cables aren’t sufficient, it must be bolted from the inside to a sturdy location). At any rate, these are designed not so much to deter determined thieves as they are to protect yourself from curious kids, visitors, or opportunistic home invaders who could arm themselves with your own weapon easily.

It sounds like Wyze has been thoughtful in their design of this safe, but I will be anxious to see the LPL and other 3rd parties weigh in on the actual security level of the safe.

I like to see Wyze change this product name to just “Wyze Safe”…!

Highly disappointed that Wyze decided to make this product and support gun ownership. This might be the last straw for me for Wyze as a company. One-too-many mistakes have been made lately in their service launches/adjustments, product quality, etc. [mod edit] …that is heavily reducing my value of this company. After spending years buying and suggesting Wyze products to my friends and family, that will no longer be the case going forward. I will now start to steer people in other directions.

And I am more interested in Wyze Plug 240 volt version that works with WiFi…! Europe has one, why Wyze doesn’t want to be the First to bring it to US market…?!

Fingerprints and codes are stored only locally in the safe so you don’t need Bluetooth to use fingerprint and code. Bluetooth is only needed for Wyze app access to safe.

Highly disappointed that Wyze decided to make this product and support gun ownership. This might be the last straw for me for Wyze as a company. One-too-many mistakes have been made lately in their service launches/adjustments, product quality, etc. Now to see that they as a company have decided to be on the very wrong side of a large political debate and enter the firearm product space, that is heavily reducing my value of this company. After spending years buying and suggesting Wyze products to my friends and family, that will no longer be the case going forward. I will now start to steer people in other directions.

Oh boy. Another product. Maybe more time spent on the cameras would be better. Regrettably, I have several in my house.Constantly connecting, disconnecting - month after month. BUT… I have a ring doorbell right beside my Wyze doorbell. The Ring never disconnects - ever. So, don’t say “it’s your network” - they’re both on the same network. Could it be the antennas? Used to be a big Wyze camera fan. Just not anymore.

There are just so many other products that could have used the “Wyze treatment” and that people have been asking for and this is what they decided to produce next.

There are just so many other products that could have used the “Wyze treatment” and that people have been asking for and this is what they decided to produce next.

Ok well since our subscriptions help pay the development costs for this I’m just gonna go ahead and cancel all those. I’ll be happy to sub again when this goes away.

As it relates to this product, it is not supporting or discouraging the political aspect of gun-ownership. We can all agree that the fact is that people currently own guns, regardless of one’s beliefs on whether this should or shouldn’t be the case, it doesn’t change the fact that people DO own guns. We can all agree on that as a starting point.

Given that fact, it stands to reason that ALL people on every side want and should want for those things to be kept SAFELY. Prevent children from getting ahold of them, prevent a criminal from easily accessing it, and so many other tragedies that have actually occurred because someone didn’t secure things from others’ use. Wyze posted a FAQ answering exactly why they created a gun safe, and it has nothing to do with encouraging people to get guns or not:

Why is Wyze making a Gun Safe?

Wyze cares about safety. From cameras to sensors and professional monitoring, we continually try to make security devices low-cost and accessible to everyone. One area of home security that has been increasingly in the public eye is the need for safe, effective storage of firearms.

That increased awareness and need have led to remarkable improvements in gun safe technology, from smart integration to biometric locks. Unfortunately, those technological leaps are accompanied by leaps in price, putting the best in gun safety out of reach for many people. We saw an opportunity to offer the very latest in this important area of home security, but at a greater value.

Making safes more accessible means more protection for all of us.

It is not about promoting or discouraging or getting involved in the political debate. It is about safety. All sides should agree on that. For my neighbors who have guns, I WANT them all to use safes so that I am less worried about sending my daughters to school day. If gun safes were banned or made less accessible to people, there would be increased risk for everyone. I am thankful there are efforts being made to at least try to increase safety.

Besides, I already know of a few people who don’t even have guns who are getting these safes for other purposes, including securing medication, precious metals, important [though somewhat potentially replaceable] documentation, and so many other things others could use them for, but want kept securely from others.

Again, regardless of one’s political ideologies, I think we ALL believe in safety. Everyone can continue advocate for their preferences [outside of this forum] as Wyze has never publicized any political stance other than compliance with the law (such as with facial recognition limitations in some states, and other such regulations. They do not have a stance on “shoulds” other than improving “safety” which this attempts to help with.

But again, I don’t work for, speak for, or represent Wyze in any capacity, That is just what I have witnessed from them for the last several years. They’ve always remained A-political as far as I’ve seen regardless of anyone from any group trying to project motives from them, I have never seen any such thing myself. They have always respected allowing all users from every ideology to continue having our preferences and I expect this to continue. They do not mean to offend any of us, but cater toward things that will benefit the largest amount of people possible all the time. In this case, responsibility and safety benefits us all. That was their explanation for why they made it.