Good Afternoon Wyze folks. Thank you for answering my question the other day about the Security Monitoring,

This is a weird issue that came up. I have never had Wyze indoor cameras not work. They 100% of the time work. Now on the otherhand, the new Outdoor cams work about 10% or less.

I have Porch Pirates in my neighborhood and I have my vehicles burglarized that were left outside. Last sunday, I heard a crashing noise but since I didn’t get an alert, I never looked out to see what was going on. I live on a busy street with schools and restaurants nearby. I went outside to walk my puppy… and found that someone ran into my yard, scrapped the 2 month old asphalt and made a nice indention in front of the Wyze Outdoor camera. I was like… I will check the camera and see who did it. There were no events there for the day. It ticked me off. Is anyone else having issues with the Outdoor cam not reporting issue or have suggestions? It happened right in front of the camera.

I even went out and jumped up and down nothing. Then the fedex driver came later the next day and it goes off. The picture of my house was taken today… but the other 3 were taken last sunday. 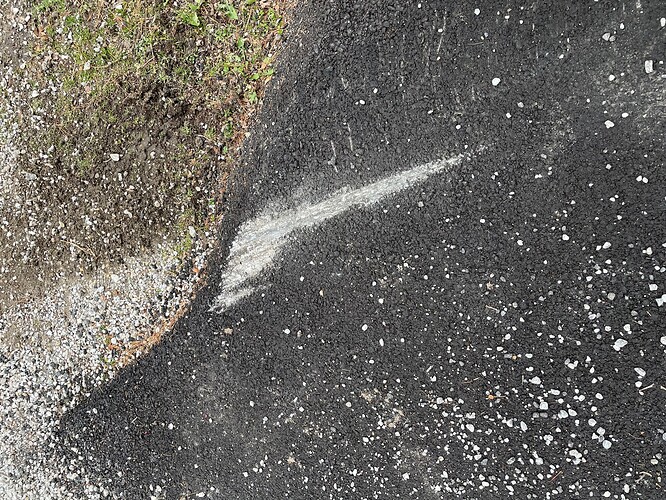 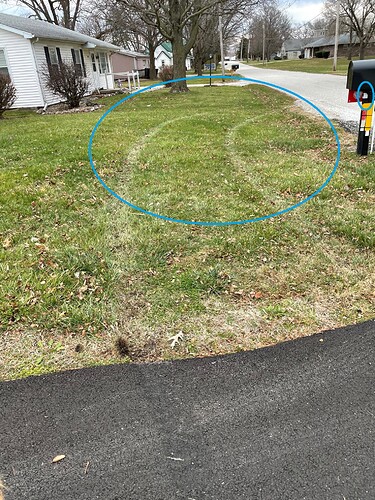 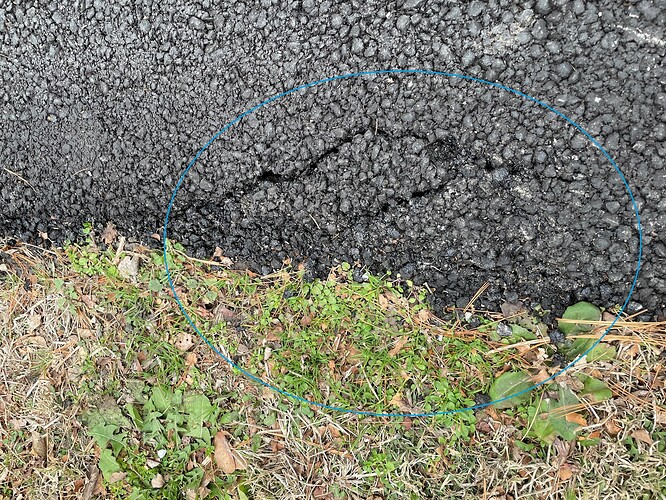 I don’t think the cam would have caught it anyway. I have one set up that sometimes gets triggered by cars going down the street but unless they are going really slow I only see light from the tail lights of there car. This is on a street where even the fast cars are only going 20mph tops. When a car drives by nice and slow I’ll see it. I have a pan aimed the same direction and it catches the cars well. The wyze outdoor cam definitely is not good for any type of fast response recording for sure. It will barely catch the back end of a cat running across the yard 15ft in front of it. Also this wyze outdoor is at least 30 ft from the street so it definitely has a very delayed start on recording. Had that car triggered that cam in that position there would not have been any chance it would have caught the car.

The camera looks quite low to the ground. At that height the detection distance might be drastically reduced.

The WCO should be able to detect human sized objects at a distance of around 25 feet when optimally placed.

This graphic kind of illustrates optimal placement. It’s not specifically for the WCO but the same logic applies. 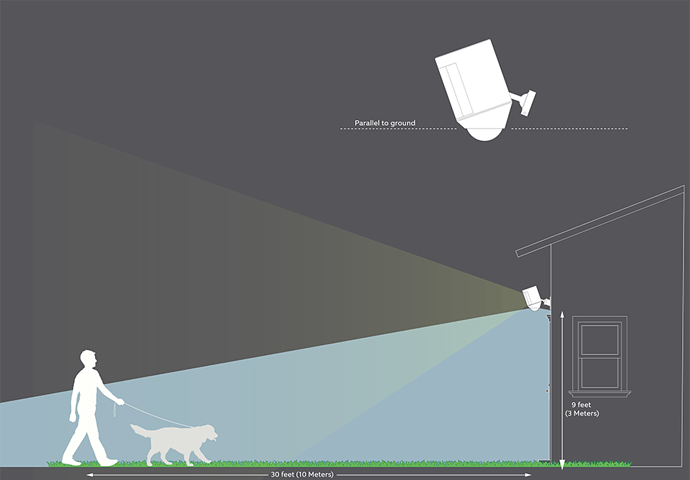