I’ve just hooked up my Doorbell Pro. Other than some brief confusion over corner plate vs. wedge it went smoothly. When I look at the camera in the app there is a small green electric plug icon in the upper left. I assume that means it’s using electricity to operate. Yes, I followed all the connection instructions. When I look at the camera in the list view- HOME, it shows battery strength next to the thumbnail Do I just ignore that since it’s powered from the doorbell transformer?

Duh, an hour or so later I see the battery indicator has increased. Didn’t even think about the powered connection also charging the battery.

I also wired it but it’s weird the battery percentage keep dropping but no battery shown in thumbnail.

Mine no longer shows a battery charge percentage at all, and it’s never shown the battery icon next to the charge like yours.

What kind of transformer did you have to get that icon? Thanks. 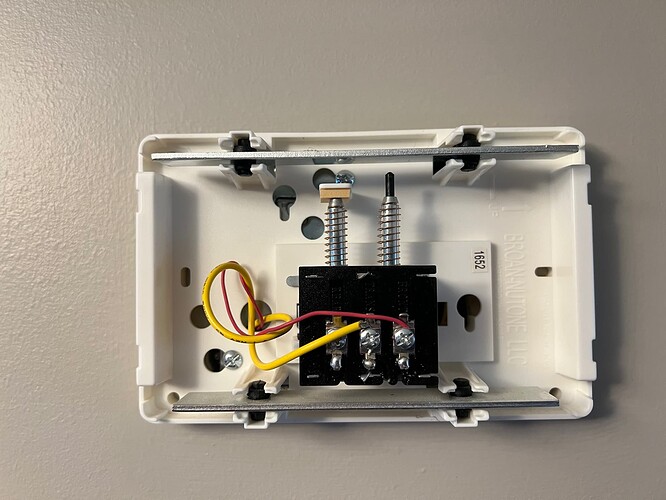 Only dealt with the doorbell chime box and followed the instructions. Photo taken before I moved the yellow wire.

Yeah I did the same thing just combine the two wires inside the doorbell chime
I think something wrong with my unit cause it only get power by plugging in to usb cord to charge it
But I got old Wyze doorbell it works fine and it got power. Thanks for your help cause no help from Wyze workers.

Also did you get software updates for doorbell yet?

No firmware update for me yet with. doorbell Pro.

I’m on iso and I’m having the same issue, hopefully they will put out a solve.