Both my sense motion sensors have stopped working despite changing the battery, reset, etc. And now come to find out they no longer sell the sensors version 1 any longer.

Allegedly, Wyze is releasing V2 sensors at some future date as yet undetermined. That will be separate from the Home Monitoring Service.

I want Wyze to succeed but the way they are going about it seems schizophrenic at times. It does not seem they know what direction to take. And rather than fixing and making things better they move on to the next thing.

Nice to know I’m not nuts, both of mine quit on the same day. If Wyze is dumping support for v1, I’m done! Companies that don’t support reasonable useful life on their products are scum!

Yeah, mines died and i have no clue why. its get that 5 blink signal of death i found on reddit. i guess when the batteries are low the mac address is deleted? this really sucks.

You should ask Wyze support to replace them. You never know…

wasted a 1/2 hour despite me saying both sensors don’t work. then checks my invoice since i bought it directly from wyze and it was purchased in Oct 2019 so Im out of luck for replacement.

wyze sucks is all I can say. the worst things is the 5 blink of death is a known issue since i found someone on reddit mentioning it (yes, you should read and believe everything as the gospel; lol).

this thread will never be picked up by wyze anyway, so this really sucks.

however, as always, thanks to folks like you in the forum for your help and suggestions.

I don’t want the alarm monitor as Im trying to do some home automation/security as the camera sucks at motion detection and I’ve found the motion sensor worked better. but now wyze is forcing you to buy the monitor service just to get the motion sensors.

I’d try support anyway and push them on the known problem. Your sensors are just out of warranty and should be replaced for a known issue.

Same thing happened to me both sensors died even after putting in brand new batteries they just won’t turn on, waiting for weeks for to buy new sensors and they come out with this crap, that’s why I’m done with wyze got the sensors from other company and I’ll replace my cameras next year

I’m wondering if the updated firmware killed it? from what ive found from reddit was that when the battery runs low or dies, the mac address is erased or something. im not a network specialist but i had thought the mac address was burned into some type of eprom?

If the battery dies in a sensor it may be unable to connect to the bridge even when replaced with a new battery. To prevent this problem, be sure to replace sensor batteries as soon as you see the ...

Ah. I did. It was pointless contacting support because I was two month too late. I had purchased it on Oct 2019 so it’s past the one year warranty. So since you are acknowledging that this is a known issue and refuse to stand by your product.

Not my product, I’m just a guy with a dead sensor and found that page. Wyze clearly knows there’s a problem, although I suspect they will ignore it as usual.

what’s worse is that the founders came from Amazon which has awesome customer service. i’ve never had any issues with returns and defective items before. yes, i guess 1 year past purchase date its my bad, but if they knew about the problem they should have fixed it before hand. didn’t even know this was a known issue.

but i do like v2 specs since it uses normal batteries from what ive heard.

I had 2 of 4 motion sensors die in 10 months. Less than 5 messages with wyze support and they were replacing them. I’ve had one sensor outside, temps range from 15 to 95 depending on the season and it still works fine. Go figure.

you were lucky as it was within 1 year. should have contacted support before the 1 year mark so i was SOL

So what is the official story here, Wyze? Are you dropping the old-style Sense sensors? I don’t want an alarm system, so if this is the case, I’d like to know so I can start transitioning away from your products.

Me don’t thing Wyze is listening. That’s is not very wise of wyze. 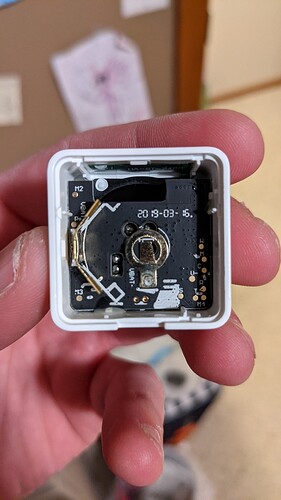 I did, got no response!