Could someone tell me what I'm seeing here?

Could someone let me know what the lights are on the video that enter at the top of the screen and exit at the bottom of the screen?
Thanks.

Looks like a meteor that entered the atmosphere and broke apart

Cool, I sure hope so.

Either that or an invasion force.

Finally a post where the answer isn’t “it’s a bug”. 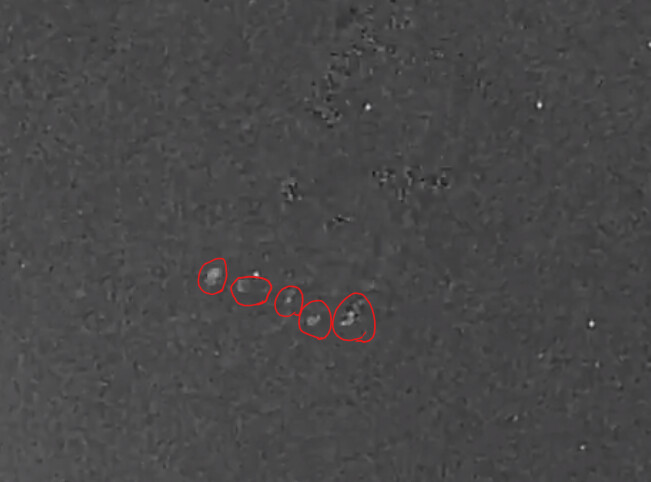 I agree they were probably all initially connected as one piece, and the heat and friction caused it to break up into at least 5 large (visible) pieces. Very cool.

I see the big dipper there. What time zone are you in? Actually I should ask for location if you care to share it.

We have a new leader…Who’s now going to beat 5 in sync?

The cool thing is that this is worth 5 wishes instead of one!

I actually dont think this is a meteor. ( sorry to bust the possible bubble) I say this with reason, not just speculation.

#1 if this were a meteor breaking up into what would be the start of dark flight it would’ve come from a bolide. being as visible as these are the camera would’ve more than likely caught the flash even if the initial burst wasn’t in the frame.

#2 they are almost in a straight line across. when meteors break up they fall into what is known as a strewn field. this fall has a certain type of pattern. the pattern looks like an oval on the ground with the small pieces falling to the ground fastest and the largest pieces carrying on farther due to momentum. had this been a meteor breaking up we would see a pattern of pieces falling away and others carrying on, we don’t see that here.

this was the best fall diagram I could find. 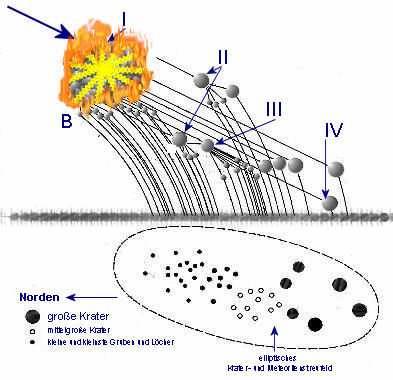 #3 in the video the object farthest to the right moves back and forth away and toward the group. something that meteors will not do as they are moving far to fast for agile movements such as this.

but alas, being an astronomer I have seen such behavior before and I think I may have an idea of what this is. in knowing the capabilities of the V3 and how much it can do with just a fraction of light, my guess is that there is just a little ambient light from the ground. be that street light or reflection from the waxing moon. might you by any chance have the bird species in the area of Killdeer? 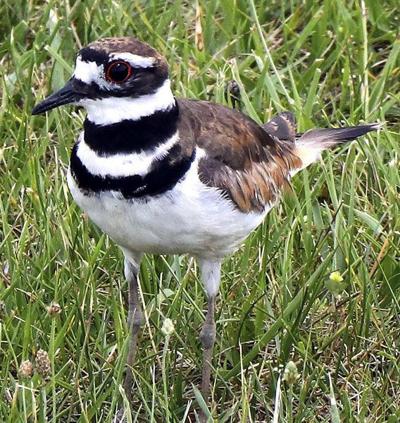 in the video all of the objects appear to flash multiple times…similar to how a white winged bird might appear in the camera if at the right distance. oddly enough, killdeer have a white underwing. and these savage sky creatures are nocturnal no less!
per the internet- During the non-breeding season, the killdeer forages during the night , depending on the lunar cycle. When the moon is full, it feeds more at night and roosts more during the day. Foraging at night has benefits for this bird, including increased insect abundance and reduced predation.

being that the moon is currently waxing and working on becoming full the beaked wonders would be taking to the sky at about this time.

one of the reasons I say all this is mainly out of frustration…these feathered freaks have made me think I was seeing meteors out of my peripheral vision only to realize a second later what it actually was far far more than I care to admit.

it’s just an educated guess though…no way to know absolutely based only on one video.

Here’s a video of unidentified flying objects I captured last November with my V3.

The objects were either a V-shaped flying saucer, the lights from a v-shaped spy plane. Maybe the Blue Angels, flying to a air show?

At any rate, the object (or objects) was a perfect V shape cruising across in the dark night sky, from top to bottom of my screen 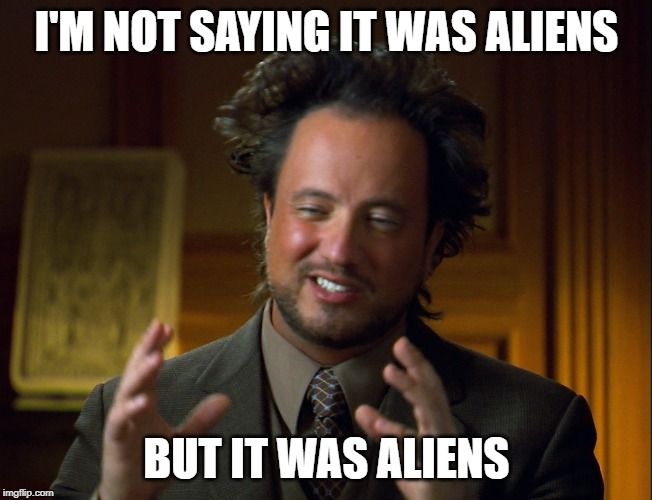 @jenhaygle @bam I mean, it’s 1:42 in the morning. Many meteors? A perfectly V shaped fragmented meteor? I was so excited … until I figured it out.

No, it was a group of migrating geese, high in the sky.

I had no idea geese flew at night.

But the video clearly shows the “wing flapping” that Professor @Bam mentioned in his comments above.

If it were going up, it looks more like starlink…

I know. I first thought about that, but it would be straight, right? I did read that Starlink reduced the satellite train’s brightness because some astronomers complained.

It would be so neat to capture a video of a Starlink train with a V3!

Hmmm, maybe if we get enough Wyze V3s pointed straight up, someone might capture it!

There is a scheduled STARLINK launch of 60 satellites on April 28th at 12:05 am Eastern time.

Hmmm, maybe if we get enough Wyze V3s pointed straight up, someone might capture it!

allow me to help.

there is actually a starlink tracker so you can know when it will be going over quite some time in the future to make a viewing plan.

just google the latitude and longitude of the city you live in and then enter the same decimal they show on the home page but with your coordinates…it will show you good and “eh” visibilities. just like the ISS trackers.

someone has to catch these before me

I was the first to capture the ISS with the V3

I was the first to capture the ISS with the V3

And you were the first to verify my ISS capture … after crushing several of my earlier mis-guided ISS claims!