I’m looking for some help with my WyzeCam v2. One of my v2 has been reporting that its offline for the last month and I haven’t had much time to play with it to figure it out.

Current scenario: I have since deleted the camera off my account to reconnect/join it again but it doesnt want to complete setup. I am able to press the setup button, then it asks for my wifi/password, then I scan the QR code and wait. After a few minutes the APP reports back that the “Connection Failed” to try and retype the password again or reset my modem/router. The cameras power was originally hooked up by doing a Daisy Chain (USB) cable from one WyzeCam v2 to another v2.

I own about 10 wyze cameras so I’m not new to the setup stage. I’ve done everything I can think of but cant get past the setup.

This is what I have done.

I’ve tried to power cycle the camera by removing power to it.

I also manually (SD card) updated the firmware to the latest version since the camera has been offline for a while [4.9.5.98] (January 27th, 2020). I’ve done this before for another v2 camera that had connection issues that got resolved, so I’m not new to that either Following the guide here https://support.wyzecam.com/hc/en-us/articles/360031490871-How-to-flash-firmware-manually

Verified my Android Wyze APP version is the latest v2.8.24. 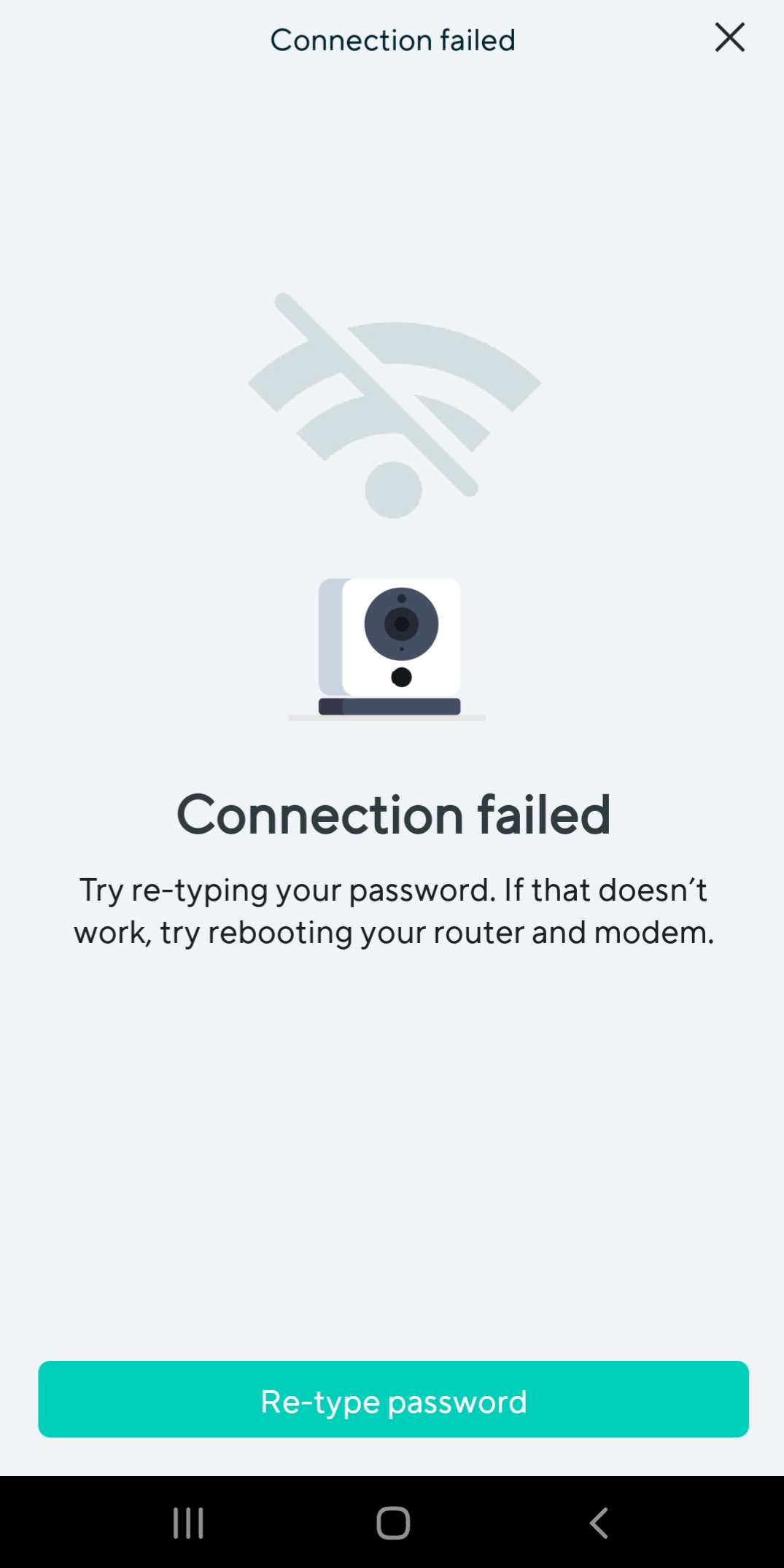 I have tried a new wifi SSID still doesnt work.

I don’t know anything about android so I cannot help you. Sorry but I would say call in the mavens or I would start a support ticket because it sounds like you’ve done everything you could do already

what the sd card in it when you did the setup on the network again?

Yah, I created a support ticket yesterday already. I was hoping to call but the support team was closed by the time I gave up trying for hours and repeating over and over the steps.

Sorry, I cant seem to understand your question.

Edit: think your saying was the SD card in it when I did the reset.

oh ok. sorry for the confusion. now that it is reset, remove the sd card and try the setup again. some people have had issues with certain functions of the camera when there is an sd card in it. Ive never had an sd card in during my initial setups to the network and although unlikely, take the sd card out and try to set it up to the network again. maybe its trying to read a file from the card and thats why it wont connect.

Yup, I’ve done that as well with and without the SD card.

Blockquote
I have just done exactly that, and it’s not that difficult. If you are out of warranty, comfortable with it, and not familiar with the process I can provide you with detailed steps.
It sounds like that may be your problem although short of QC issues it’s hard to imagine how that connection could just come loose. It’s a pretty solid clip.

Yah, I just opened it up and reseated the connection. It was solid. I used 91% alcohol to clean the board connection and the wire connector just in case.

Warranty expired last year in June, granted its only $25 to replace with a new one but if I can fix it that would be great.

I also tired downgrading the firmware to a few different version and I know they took because WyzeCam will prompt with the speaker the network couldn’t not be found. Then when I upgraded to the latest firmware, that prompt would not sound anymore and the APP will just report back that its connection failed. So I know firmware loading upgrade/downgrade is working haha.

I think the final step for me is to attach another Wifi Antenna with the same MHF connector to see if something happened to antenna (hard to believe that would be the issue). I think it’s more hardware and I suspect it’s the top PCB where the WiFi module is soldered to. I dont really want to open up another wyzecam to swap boards out

Here’s my Experiment box- just did a’ walkabout’ to see what effect it would have to replace with larger antenna
Point I’m rambling around is that I’ve manhandled mine pretty much and other than wire connections to plastic clips they seem pretty solid. I took the lens out and then managed to bump the setup pin while powered on - took forever to get it to refocus to scan the code,
You might like this thread: long but interesting.

Sorry we couldn’t be more help! 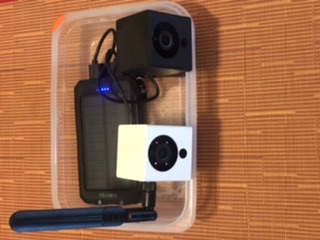 Cool thread…read the post. I’ll tackle that if/when I can get the camera to actually work hahah.

Hopefully someone from tech support answer’s my email and is able to get it working again. I’m convinced the cameras wifi module is the issue.

Hi sir, i have the same issue , have you managed to make it work, have a nice day

Hi sir, i have the same issue , have you managed to make it work, have a nice day

is there an echo in here?

@yestefd My issue went unresolved and tech support said I have done everything already so there is some sort of hardware failure + my warranty was expired anyway.

Have you tired some of the steps I have listed above?

Another camera had the same issue but it was resolved by performing a manual firmware upgrade. I would suggest you try that.

I was about to add myself to this thread with the same problem and the same steps undertaken as the OP, till I read the part about the SD card. I tried it without and nearly dropped my coffee cup when it suddenly chimed “Setup completed”.

So I can confirm, there may be an issue with the SD card affecting setup on some cams.

I too had this problem and tried everything that you have. Mine went out during a storm. I actually finally got it to say “you are connected” but then it said setup failed. I gave up and got a new one.