Car parked in front of our house- Hit & Run- Time running out to review continuous recording, where do I start?!

Hi all, this is my first post and glad to be part of the Wyze Community.

Long story short- it was a long weekend- my car is ALWAYS parked in front of our house as we use it only to run local errands. We do have a memory card in the unit so it does continuously record. The camera is outdoors, with housing purchased on Amazon, and tucked underneath the awning.

There was a MASSIVE dent in my rear-driver side door. I’ve sifted through every single event in the camera and have come to the conclusion that the incident happened during one of the cool-down periods. It’s SO difficult to try and sift through recorded playback in between events because I can only do it on one device (if I’m not mistaken). My fiance and I are trying to take turns watching live playback.

Is there something we could be doing differently to catch the culprit? Any feedback, ideas, etc. would be greatly appreciated. 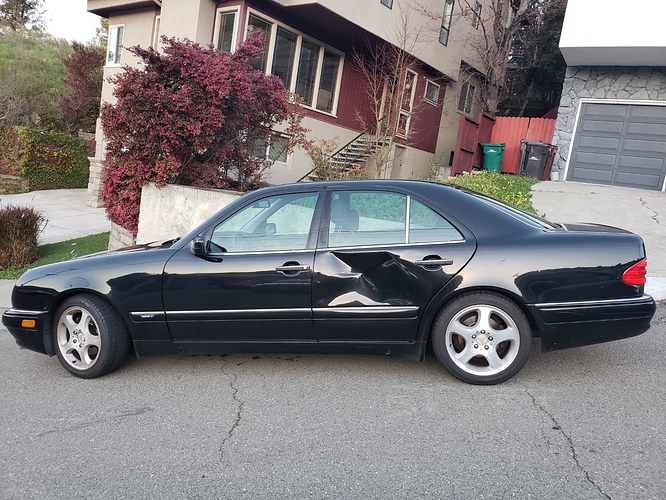 Try using the Time Lapse feature on playback to quickly sift through that weekend. Depending on how quickly the event occurred and how you decide to configure your Time Lapse playback settings you may or may not catch that hit and run culprit. Sorry that happened to you both.
I do not entirely understand how the Time Lapse feature works on Wyze cam as I have not used it yet but here is Wyze’s support page on how to use it (scroll to the bottom after clicking on the link below):
https://support.wyzecam.com/hc/en-us/articles/360019931651-MicroSD-Card-Continuous-Recording-Playback-Timelapse

Hey @jeff007 the time-lapse feature is actually its one separate feature and would not work for playback in any way. they are currently looking at changing playback and adding something like fast forward, but nothing is in any testing yet to my knowledge.

@PQ526 hey, your best bet is to take the card out and copy ALL in the video from it to your computer. you will have that copy as a backup and it will be saved on a computer and can search through it at an easier pace while keeping your camera on the property still. As for searching, once you have it on a computer using any countless numbers of programs out there you would be able to fast-forward and stop and freeze frame anything of interest and also view it on a much bigger screen. that should help your search immensely. anytime you notice something you might need to keep or search first thing you should do is get the files off the card and onto a computer so you have backups. make a couple copies if you feel the need. I like using the record on event precisely for this reason as it is much easier to find things and keep just the section of interest.

I wish you luck and hope this helps in some small way.

Thanks Bam. My bad, I thought Time Lapse could be used on playback but looks like it is actually for something you have to plan to use in the future for a specified time window. Event recording is great but continuous recording captures everything within the camera’s view all the time until it is deleted or overwritten. This is my favorite contender for should anything important ever happen, in front of the camera, it will be on video regardless of whether or not event recording was triggered or in between event recordings during the 5 minute event recording snooze. Good luck in your search PQ526.

I agree with @Bam. Before removing the card, though, turn the camera off in the app. Then remove power from the camera, then remove the card. This will reduce likelihood of card getting corrupted.

Once you have the video off the card, you will see files are organized into folders by date. Within each date folder is a folder for each hour. Then within each hour are files for each minute. That’s a lot of separate files.

But as @Bam mentioned, there are programs that will let you fast forward through a bunch of sequential files. VLC Media player is one that is both free and cross-platform. If you are on Windows, then Windows Media Player will let you concatenate the files. On Mac, you can concatenate files using Quicktime Player.

Since I’m new, I can only tag 2 users so thank you as well to @croney74 and @jeff007!
Thank you all for your guidance and input. I’ve turned the camera off in the app- hopefully that ensures that the 3 day period is preserved with regards to continuous recording.

I unfortunately have to wait until Saturday when my handyman comes to retrieve the memory card from the camera. I’m a couple months in fresh from an Achilles tendon tear so I’m not ready to hop on the 7ft ladder just yet. I’ve got my card reader ready and am browsing what programs are best to be able to fast forward/ manipulate the video to find what I need.

Thank you all again, I really appreciate it!!

There have been some reports of cameras turning back on spontaneously. So to be sure to protect what’s on the card, I’d turn it back, then go into the local recording settings and turn OFF local recording entirely.

That’s why I like event recording better than continuous recording. you can fast forward from event to event. Good luck catching the Ahole.

Thank you PQ526. Another suggestion, to further help ensure protection of the video files on the SD card, is to turn the camera off in the Wyze app and unplug the camera to prevent accidental overwriting of critical files. Given you have to be able to reach and undo the power source and be okay with the camera being turned off until your handyman arrives.
I am also new to Wyze cameras, and over this past weekend I was experimenting with zooming in and trying to see the license plate on my car that was about only 50 feet away and in clear view of the camera. I tried it in 360p, SD, and HD resolutions as I was trying to figure out which setting gave me the most benefit versus occupying less or more capacity on the SD card. In HD resolution, I still could not read the license plate. I did this on the Wyze app on my phone during a live stream from the camera. This has left me wondering if the video(s) look a lot more clear on the computer or just about the same. I could for sure see the make/model/color of the vehicle but that was about it for me. I hope you will be able to see more than that. Usually events like this are caused by your own neighbor(s) so just knowing basic info about the culprit vehicle might lead you to the answer.

If you power off at the wall you won’t lose any recordings. That way you’ll have time for your handyman to retrieve the card.

My fiance and I are trying to take turns watching live playback.

Why do you think you need to watch realtime playback. You should be able to tell when it happened in less than five minutes. Even the cloud events should narrow that down to a short timeframe. There is no need to watch any large amount of playback. Once you know when, then watch the actual event to determine the details.

The OP said they’ve concluded the event happened during a cooldown period. But no way to know which period. Therefore, no hint as to what time it occurred.

Wrong. Look for the damage. It is clearly visible in the photo shown. Start half way through the weekend. Is the damage there? If yes, go to the 25% point and look for the damage. Keep splitting until you find a couple minute range between no damage and damage there. You now know when within a few minutes. Although not with a Wyze camera, I did this with my old security cameras to find an event that happened a month in the past. Took only a couple minutes to find.

Unfortunately, the camera isn’t directly pointed at the car itself. On the far right of the screen- It captures cars passing by- so that’s really the only thing we can determine with our footage- make and model of the vehicle (if it happens to be someone in our neighborhood)

Sorry, I was assuming that the photo in first post, was your view from the camera.

That doesn’t look like it was done by a passing car. No scratches or scrape marks along the side. Maybe something with a very high bumper backed the corner of their vehicle into it, but look how high the center is, and again I can’t see any scrape marks or transferred paint.

Good observation. Perhaps a service truck of some kind backing out of the driveway across the street. I had my mailbox taken out that way once.

@Loki I agree. I’ve had my mail box backed into several times by service trucks who could care less.

I was going to mention that, then saw your comment.

I used to do autobody work.
It looks like it was hit almost perpendicular to the car not parallel.
There are no paint scrapes and the dent is isolated to a small area. The lip over the back wheel sticks out further than any of the damage and it wasn’t hit.
It also looks like it was hit fairly slowly, like something was slowly pushed against the door. If it was hit at 20-30 MPH the window probably would hve shattered. Whatever touched your car wasn’t very large, the pressure was concentrated to the center of the dent. Something sticking out from a truck bed maybe. It looks too high to be a trailer hitch. It looks to be about 24" from the ground to the middle of the dent.
Is there a driveway directly across from your car? Probably more toward the front of the car?

I want to see the video now.

Hope you figure it out.