so I have 4 of your cameras and when the latest firmware version came out, 3 of the 4 cams updated no issue but 1 will not. It will run through the same process and after the normal amount of time to update it fails and shows the update screen. I tried rebooting it through software was well as lbsysically unplugging it but same issue. 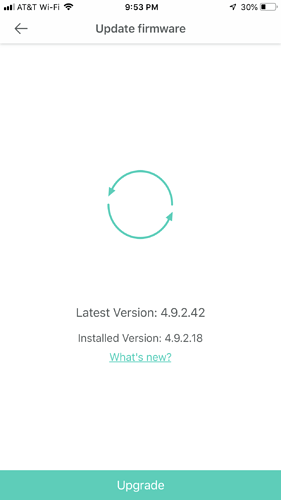 <p style=“text-align: left;”>None of those suggestions worked. I did fix my problem though by removing power, then removing the SD card, powering up the device and then The update worked as it did on my other 3 cameras. Seems as though you have a bug associated with the SD card.</p>