I just received my Wyze cam I ordered from bestbuy canada.

During setup, the camera speaks chinese. Also, the booklet is chinese only.

Can I change the camera to english ?

Best Buy doesn’t actually sell Wyze in Canada, it was a marketplace seller. I’ve never had the cams I bought off amazon be in Chinese, I’m wondering if you got a knock off.

I really bought it from best buy :

I always get “connection timed out”.

I think you got the Xiaomi version of the camera. Apparently recently they geoblocked the cameras after a firmware update, and so they time out.

You mean that the real Wyze blocked that version, so it will never work ? 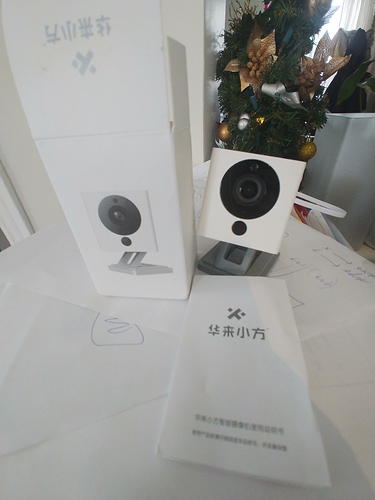 That is sold by someone on the Best Buy marketplace, not actually Best Buy. Return it and buy it off amazon Because that isn’t a Wyze camera. Amazon is the only place that actually sells in Canada,

Thank you. I return it.

No. Xiaomi doesn’t want these camera’s resold outside of china. They are blocking them by MAC address when they realize they are not being used in China. There are firmware hacks made by third parties to get around this. But really you don’t want to be using the Chinese version of this camera. You want to contact Best buy and alert them of this fraud. This seller tried to pass off a Xiaomi camera as a Wyze camera. Your photo is obviously not of a Wyze cam.

AFAIK on the US Amazon, this is actually Wyze selling their cameras.

“Wyze labs” on Amazon canada is just reseller just like the guy on Best buy.

Yes but I believe Amazon is the only place you can get legitimate Wyze products, any other site and you run the risk of knock offs. 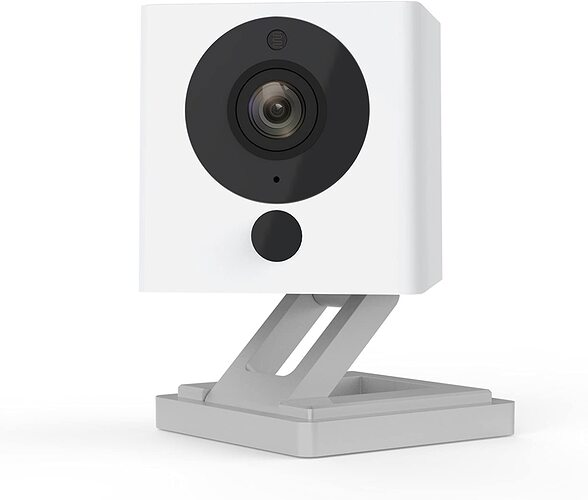 Wyze Cam v2 delivers fast, clear, live stream footage direct to your smartphone via the Wyze App (iOS and Android), day or night. You can receive an alert anytime your Wyze Cam v2 detects sound or motion and view up to 14 days of saved alert videos...

See the list of sellers. Notice how many are selling from China. But Amazon lumps them all under the same product. Its very easy to end up buying a Xiaomi camera this way.

Currently. In the past it was sold and shipped by Amazon.ca, see the 2 pack for example.

Agreed. I have several Wyze V2 camera’s. I’m in Canada and bought most from the US site, because international shipping is $9 so why not. But then I also bought a few from Amazon canada. Then yes it was Amazon fufilled, but was still a third party reseller. But mostly now the sellers are full third party on Amazon canada, and mostly from China and shipping from China.

I’m just responding to warn other Canadians, that anything sold in Canada is from a reseller - so you may end up with a Xiaomi camera.

Buying from the Amazon US site is the only way I know to actually buy from Wyze and not a reseller.

I don’t believe Wyze ships to Canada or internationally. Or you probably mean Amazon US.