Got a new V2 camera this afternoon. When trying to set it up (connected to appropriate 2.4 GHz network) , Wi-Fi networks were never shown during the setup process (Step 4) and only listed is “Wi-Fi” in the network box, as well as the empty box for the Password.
Needless to say, even after filling in the password, processing with the setup from here fails (scanning of QR code is performed successfully and camera is trying to connect - assumingly to a network with the name “Wi-Fi”). 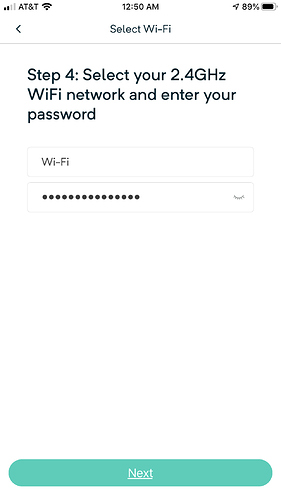 One can change (type in) the network name to the appropriate name, but even after that and hitting “Done”, nothing happens. Can’t proceed at all. 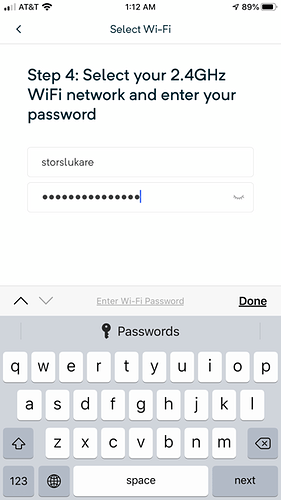 Something for @WyzeGwendolyn to move up to the appropriate person/team.

Hi, @Wellcraft19! Sorry to hear about this trouble. I’d recommend contacting our support team about this so they can help troubleshoot and then share this information through their channels.

You can turn off location services after setup. The permission is only needed so the app can see your networks, which Apple now says is a source of location information:

We have released iOS version 2.5.53 today! If someone uses iOS 13+ without location permissions enabled for our app, Wyze Bulb and Plug setup cannot be completed because the Wyze app will not know if the product has been connected successfully. We have added a popup to the iOS Wyze app to reduce the impact. [iOS%2013%20Popup] [iOS%2013%20Popup%20First]

@Newshound, @WyzeGwendolyn,
Updated the app. Turning on location services to “Ask Next Time” renders the pop-up asking (“Allow While Using App”, “Allow Once”, or “Don’t Allow”), so I’d say it is working. Leaving it in “While Using…”, or “Always” does not trigger the pop-up (which makes total sense).

However, leaving location services in “Never” does NOT trigger the pop-up asking for access. This tested several times after closing app before next test. It might be by design, but if set to “never”, then it’d be good to have a note (in the screen I shared above) that indicates something like “App needs access to location services in order for Network name to populate”.

That said, seems like typing in the network name (SSID) and password does work now as well (in case someone will not allow app to access location services services).

Bottom line, I guess I stumbled over something that was just happened to be in between app versions and in conjunction with iOS13.

Thanks for the test. I’ll add your experience about never to the app’s update thread.

Thanks for letting us know! I’ll share this with the team.