Audio, EVP—>Ghost, interference, or just the wind? You decide!

There appears to be a whispered voice starting at the 2 second mark. Listen to video and try and see what you hear before reading what I believe I heard.

There appears to be a whispered voice starting at the 2 second mark. Listen to video and try and see what you hear before reading what I believe I heard.

At 5am this morning my phone received an alert notification, 12 second clip. The clip appears to have captured a clear whisper of a voice stating “To avoid spoiler I put what I heard in a*Footnote, see if you can hear something before being tainted by reading what I heard”. As if a spirit/ghost is explaining to another spirit from a distant time period what the white boxes plugged into the wall are (my wyze cameras)—“*See Footnote for what I hear”.

The camera is under my small deck on the back right corner of my square house (1948 colonial in Maryland—I’m second owner and 2nd year living here), primarily to observe wild life activity (fox, racoon, rodents have been previously recorded).

I am a bit freaked out and am trying to make sense of this. I have two cameras, one (pan) pointing under the deck and one pointing away from the deck towards the opposite back corner of house. Only the under deck triggered as the other appears to have somehow been offline (did not trigger anything last night, and it usually triggers at least grass or leaves blowing).

If it was a trespasser or potential burglar it doesn’t seem like something they would say. I think they would state something like “shhh, cameras” or nothing at all and take the unsecured cameras. Also, there is a motion sensor light above the deck that should have triggered if someone got close enough to the camera (I will test tonight).

This leaves me with interference or some “visitor”-(ghost, alien, angel, demon etc). First if you believe in aliens or godly visitors they’d might not be speaking English. So the odds of that being what was recorded decreases. I think we can agree whatever it was or is, there was more than one…one explaining to the other what the cameras are “*footnote”.

There is also the possibility the statement “*see footnote” could be referring to the people in the house (me)—-as in, I am “**Footnote” as opposed to being against the technology…this option is equally weird and am having trouble comprehending what or why something would state this if they were speaking of the cameras.

Lastly, this may have just been some sort of interference over the Internet. Like lines getting crossed. Like back in the day you could make a phone call and hear the faint conversation of someone else in the background. Though, the fact this was the only words recorded leaves me freaked out and seeking an explanation or affirmation that it was interference. In fact reading this, if I didn’t have the recording as proof someone would probably be bringing me to the doctors. footnote: "*They’re For The Technology " “**for the technology”

I see a wind blown leaf move at the base of the leftmost deck post right at the start of the clip. There’s also leaf movement at the far lower right at the xx:44 mark. One of those caused the event. You may want to turn down the sensitivity (or rake the leaves).

See this for more info on how motion detection works:

And see this to vote for enhanced person detection capability (you must click the VOTE button at the top for it to count):

Anyone else have an interest in the camera being able to identify people you tag as safe? I’m not sure the tech is foolproof but it would be great to be able to tag myself and family members to reduce alerts and maybe use IFTTT to auto unlock my door with the Wyze Doorbell camera (hopefully coming within the next year or so) when it recognizes I am at the door.

Yes, The wind is blowing and I do see the leaves possibly triggering the event. I am aware of how to change all the settings, that is not my concern. My topic was posted seeking explanation or debate over what appears to be audio recorded with something stating:

“They’re for the technology”

I have no idea what, why or how that was recorded in this clip. Surely you don’t think that has something to do with the wind or the leaf…

That was kind of freaky…

I had to turn my speaker up. If you had not said what you thought you heard, I would have just thought it was random wind noise. Because we humans are so tuned to hear words, I think sometimes random noise can sound like words when it’s really not speech.

Yeah, I was tempted not to type what I heard so not to plant the seed in others. But you make a fair point, and hopefully “they’re for the technology” is truly just the wind blowing…

I did have to listen to it a few times before hearing “they’re for the technology” but because I immediately did not hear it I chalked it up to the fact that it was not something expected…after all, it’s video of the underneath of my deck.

The fact that I now “hear” it, i can almost picture two spirits with at least one from a different time period, for some reason, visiting my property with one of the spirits having more knowledge on modern devices—-explaining to the lesser educated or older spirit “they’re for the technology”.

On a lighter note, here is a fox I captured:

Yeah, it’s like a bell you can’t unring. Once it’s in your head that those are the words, you can’t get it out. It’s kind of like when you hear the wrong song lyrics. Even when you know the correct ones, it still sounds like the wrong ones. “Bathroom on the right” anyone. 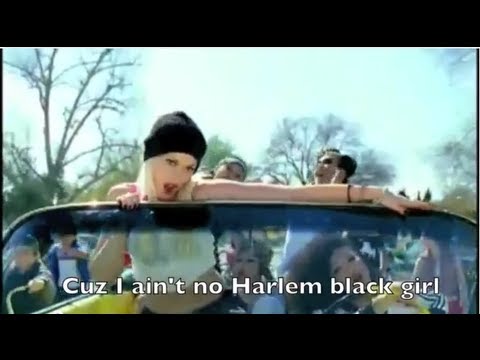 That is funny, I have heard of this issue before.

Watching my video again, I noticed there is some changes of light reflected on the wall and on the stairs to the left at 00:45, or 8 seconds on the video clip. This adds to the mystery of what the heck was going on in my back yard at this time. I wish the other camera was working as it would have covered the other direction.

…enjoy everyone (or not

I personally do not believe “orbs” are anything other than dust or tiny insects that catch the light or IR from the camera. There is a large microscopic world around us we just don’t notice.

HOWEVER, I have heard interesting audio or what appears to be voices that have been recorded where there is no readily available explanation, or what has been recorded seems very much like spoken english to be just the wind or something else—including the audio from the video I posted. Feel free to post a video that captures audio that you mentioned.

Bumping for Halloween…Happy Halloween everyone, this one I will never forget. I no longer have that camera connected.

I ended up on this thread thanks to a google search of “disembodied voice on Wyze cam” because, well, I got a notification that a sound was detected from a camera I have set up in an empty house 600 miles away. There are no neighbors and there is no one around. I checked out the video and after a loud bang, I can clearly hear a gravely voice say “We have a problem.” I went back and watched the play back for the minutes leading up to and after the bang, and it sounds so much like a conversation - complete with deep sighs. I’m listening to the live stream now and I can still hear it. I’m really hoping somehow this camera is picking up radio signals and is distorting the sound enough to make it creepy. :shivers:

I’m a new user, so I can’t upload the file. . . maybe I can respond later with the clip.