Running Wyze cams with Samsung Note 9 with Android v9. Didn’t realize I had much of a problem but 2.5.36 is great. Much faster! Works better on Samsung Tab S3 also. Thanks Wyze.

Less lag on both my tablet and phone.
Thank you.

Appears to be working as it should. Samsung J7, Android 9.

Is that your dog in your avatar pic ?

HDRock Yeah my mutt from the humane society. Looks a lot like me though. Had him about 5 years. Good dog.

Do you call him a dofus ? 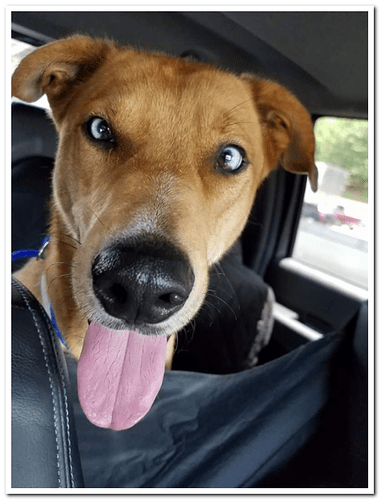 Unbelievable, tell me that’s not your dog. Looks like mine but no, eyes are normal on mine (named Turk). That creeps me out if I look at him too much. Photoshopped?

I’ll send you a message , ( if that’s ok ? )so we don’t clutter this thread up.
No not Photoshopped

You and @R_T in #25 above should get together via PM and see if you can figure out the differences between your setups. They are using Android 9, so that’s one difference. Any clues the development team can use to focus on will be appreciated, I’m sure.

You and @R_T in #25 above should get together via PM

They should also both send in logs to support.

Wyze has not released many details of the number and mix of platforms they use in testing, however over on the FB Beta forum Tao Yuan posted
"Dear Android Beta testers,

We need your help to test our 2.5.33 Beta build from Play Store. We heard many customers with older version of Android phone had video lagging issue with 2.5.30 official build. We modified our decoding and video rendering implementation to fix the issue.
We have tested intensively on 15+ phone/tablet models with different OS version, manufacturers, aspect ratios, etc. The update was very promising.
However we can’t cover all models in the world. We really hope we can test on more phones/tablets with your help, especially on older Android devices. If we can borrow 10-20 minutes from you, we will really appreciate it. Here are the steps."

There are so many variations possible that proper regression testing could consume months.

@KY_DERBY, thanks for letting us know! Would you be up for sending in a log through Account > Help & Feedback > Report an Issue and telling me the ticket number you receive in a reply email? We’re not done tweaking things and I’d love to get your data to the team.

To everyone else, I’m happy to hear that the update has helped you! Thanks for chiming in.

@secondary_2g, we are working on the labels now and we’re getting closer to that release though I don’t have an ETA for you yet. I know that we have one-way multi-task items on our radar but I don’t know when that will be happening yet.

Fantastic! Thanks for telling us, Joan.

The newest update worked for my Samsung phone, but samsung tablet is still lagging about 10-12 seconds. I have been hoping for this since early august. Im glad its working on one of my items. I’m hopeful they’re still working on getting it back to full function.

Any details you can give them about the model & configuration of your tablet will help.