Just discovered this on my network today.

The MAC address reported in the app does not match the MAC address of the unit on my network. You can see in screenshots below comparing the app and my unifi controller. 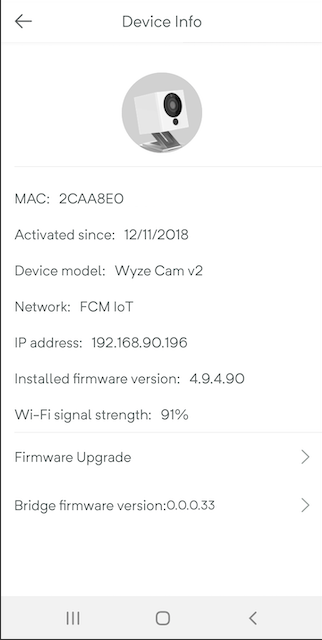 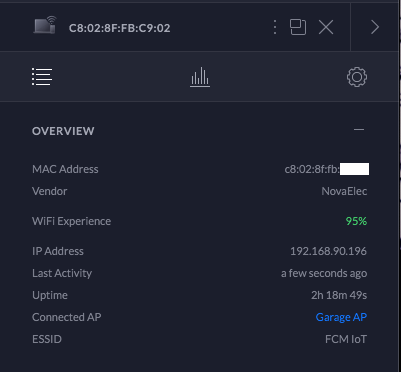 You are the first I’ve seen to show a discrepancy between what the app and your network shows, though. Either the address in the app is static from setup, or it needs refreshing. In either case the one to trust is your network app.

This is a real issue that they are aware of. Not sure how fast it will be fixed, though.

Yes, but if you authorize both addresses you are good to go.

mine did this too … i was so confused for a while!

Thanks for this info.

I saw something similar on one of my cams that conects through a network extender router since its located at distant part of my living area. That is the only CAM I have that has this strange phenomena of reporting a non standard Wyze MAC preamble address to the router’s DHCP client’s list (e.g. the standard 2C-AA-8E prefix is different). Apparently the cam puts in the router’s MAC for the port it connects to or hashes in something all on its own to confound us.

Was getting a tad paranoid that someone near me managed somehow to tap into my CAM’s video stream by putting some kind of network monitor between my cam and my app and possibly eavesdropping on exactly what my cam could see. That would have been embarrassing given that one CAM is an internal house monitor and I often walk around inside half-nekked in the morning.

But I think the protocol does not permit more than one device to be in the network chain unless its logged into the cam - which should be impossible given the way it is set up using a barcode scanner image.