I did not receive a fuse wire to bypass my mechanical chime for Video Doorbell Pro? Anyone else have this issue?

Welcome to the Forum @amartin767!

I did not install my Video Doorbell Pro wired but here is the install kit unopened. I do not see a chime bypass fuse in mine. (Shown Below) 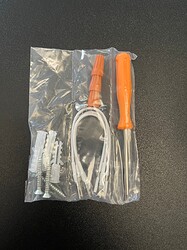 Do the setup instructions call for it? Could be the bypass is built into the Doorbell itself since the VDBP is much heftier and one of it’s pluses that it is an easier install.

I know there is a bypass for the the original Wyze Video Doorbell. Shown Below. 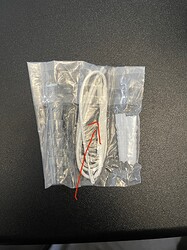 The instructions in the app call out bypassing the mechanical chime with a fuse wire. Could be they are using the same instructions that were in place for the non-pro version though.

Not to be insulting but was going to ask if you might have accidentally selected the non-pro version at setup.

So does a fuse come with the Doorbell Pro? There was not one in mine either. Is it needed?

Just to follow up (was this you in the discord channel @amartin767?)

The fuse is built in to the pro per Wyze.

I was rpzaremba on the channel. Thank you for your reply.

Thanks for the follow-up R.Good and Jimmy!

So just hook up to existing doorbell wires and no need to do anything else? An installation video for the doorbell pro would be helpful.

Welcome to the forum @dubyag.

I did a quick scour of youtube, and did not find a Video Doorbell Pro wired install video, most were quick and using the battery feature.
But… The steps you need to take will be outlined in the Setup Procedures once you have “Setup” the Doorbell Pro in the Wyze App.

You will select the method in which you want to connect with an existing doorbell and the Wyze App will guide you.

The two wiring steps you will see in the instructions are the physical wiring of the Camera with the two wires on your existing doorbell and depending on your chime box (2 or 3 wires, most homes have 2) how to bypass the chime box,

i’m pretty sure the next step after i select 2 wires (which is my setup) mentions connecting the fuse wire to the two cables using the wire nuts. (will have to check again once i am home). my doorbell pro did not come with a fuse wire.

Yea, no fuse wire in the Pro, just the jumper. The “fuse” is in the Doorbell as I understood.
That was the above discussion

I bought the pro version and as per instructions for 2 wire configuration it asks to bypass chime by using fuse jumper wire. but none was provided. the instructions need to be updated if fuse is built-in in the doorbell!!!

Welcome to the forum @jaknap.

I agree that the in app instructions could show a better representation of how to connect the Jumper Wire.

But, I just went through the setup for the Video Doorbell Pro and I saw no mention of a Fuse Wire, just the Jumper. (I gave an example pic of how to connect the jump wire in this thread)

If you are seeing instructions for the Video Doorbell Pro that reference a Fuse Wire, could you point me in that direction please.

Got it. Fuse wire point came from installation video.

The problem is that the jumper wire concept is not clear in the app installation instructions and when I googleed how to “jump” chime for wyze doorbell, it shows the wyze video with fuse wire for older version.

I actually ended up creating a bypass (vs using the jumper wire). just pulled out the wired and connected them together.

Wanted to include my comment on here and can confirm there is no ‘fuse wire’. I got the pro version as a pre-order and during the phone setup I also go to the screen that tells you specifically to use a ‘fuse wire’. There was no fuse wire in the contents I got nor was it even listed in the instruction manual that you were to receive it.

Contacted Wyze support and they confirm it is built-in to the doorbell itself (for the Pro version) and that you just tie the two wires into one wire-nut.

Included picture of my doorbell for reference, I only had the two wire setup. I put ONLY the red wires together and screwed them in the same electrical wire cap and tucked them off to the side. No issues with the doorbell, had it installed for nearly 3 months now. 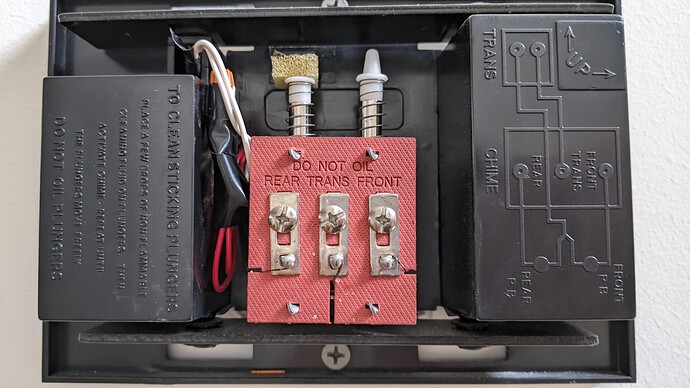