Wyze Video Doorbell Has to use External Chime?

My excitment level is over 9000

Can the Chime be heard through for example an Amazon Ecobee3 Thermostat? So when somebody rings the doorbell, that gives out an alert?

What if Internet is down at your house, is the external chime the only thing that will work? Also will ur alexa devices still ring that a doorbell is pressed even with no internet?

According to the FAQ it uses a different signal for the chime, so i would GUESS that it would work even if the internet is down.

Sub1G: 906.8MHz, used for local connection between doorbell and chime.

and the chime just plugs into standard outlet, so you can have it anywhere, or take it with you if you are going to a place in your house where you might not hear a standard chime.

A - Can we use the speaker in the Amazon Ecobee3 as a chime? I know it states any Alexa Device, so I asume the EcoBee will work?

Will my mechanical chime still work after installing the doorbell?

No, your existing chime won't work. Hardwired and non-Wyze chimes will be bypassed so that the power can be used for your Wyze Video Doorbell. What if my transformer is built into my chime box? You...

B - Is it impossible to use the built in house Chime + External Chime? There must be a way to keep house-chime still working

confirmed that it will chime offline:
Can I use the Wyze Doorbell offline?

Yes, but not all functions will work.

However, the doorbell will not record event videos to the cloud or send push notifications to your phone if it is offline.

to use existing chime you would have to have them both wired and available to press separately
= What do you mean by both wired and available to press separately? I know u have to bypass chime (as shown in install video), But since Power is already going to the regular doorbell, cant we leave the wiring in the chime as is? And it should power the wyze doorbell and also chime when wyze doorbell is pressed? Why does the house-chime have to be bypassed?

is yours battery powered? 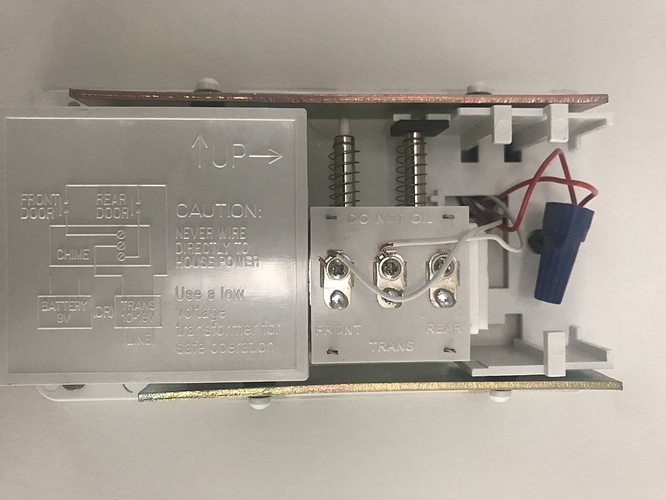 This is my DoorBell House Chime. I have 2 White Wire’s and 2 Red Wire’s coming into the chimebox, 1 White box cable is going to FRONT and TRANS, and the Red Cable’s is a closed circuit.

Is it possible for me to use house-chime because of my setup?

no, you would need to connect the 2 whites wires

What’s the Red Wire’s for? And do I have to use the ByPass Cable that comes with the Wyze Doorbell to bypass my Mechanical Chime? Or can I leave my setup as is, install my wyze doorbell at the front and see if it works?

Interesting… On my current Skybell door bell I didnt have to mess with the house chime at all. I just hooked the 2 wires from the original doorbell to my new video doorbell and that was it. In the Skybell app I’m able to choose whether to ring the house chime or not. Would have been nice if this one was set up the same way. But I guess its not much different since it comes with an external chime. Only real difference is the extra step during installation.

My transformer is wired just like your chime, it’s essentially the same 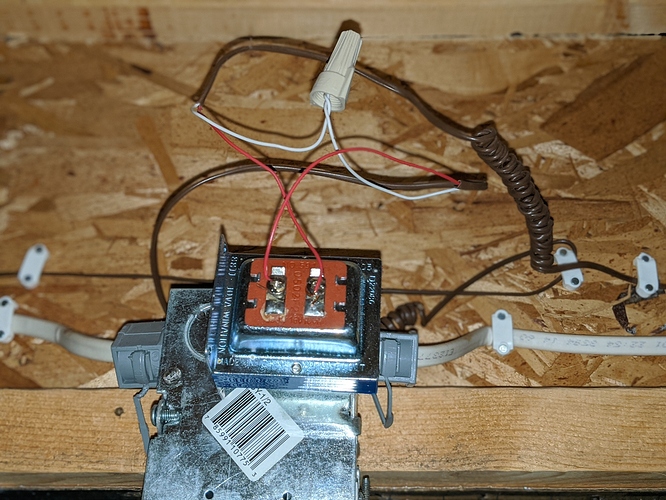 So the 2 extra red wire’s I have is to be ignored?

How come Wyze does not supply a Power Kit to use to attach between the FRONT and TRANS which should give it enough power to do chime and doorbell?

And if I just plug in wyze doorbell at the front, and leave my chime box as is, would it just not work? Those red wire’es must be for something

when u push a standard doorbell, it’s closing the circuit giving power to the chime, without bypassing the chime, the doorbell won’t boot…it needs that 16v-24v power

In reading the faq on skybell it says it has the ability to turn on/off the existing doorbell chime in the app, which means they built control for it in the unit, this is hardware that is not included in the wyze doorbell…which not only allows it to be much smaller, also $170 cheaper.

is it a safety issue or bad to try it out though?