My old thermostat was mounted in the landscape orientation and the mount plate for the wyze thermostat mounts it in portrait orientation. I want to ask the community:

The image of my current thermostat mounting is shown below: 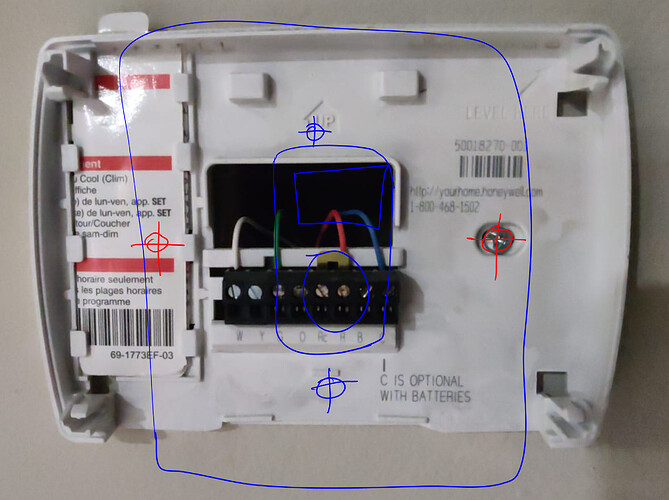 Here is some previous discussion on the thought.

I’ve searched but not located an answer to my query. Can the thermostat wall plate be mounted on the wall in either the vertical or horizontal orientation? If mounted horizontally will the display face read correctly, like a mobile device switches or is vertical the only install option.

Just out of pure curiosity, do you just prefer a horizontal mount over the vertical? Totally respect your preference, just curious.

I had a very similar previous thermostat, and the oversized plate covered all the former mounting holes. I did have to do a little spot painting.

I actually like the vertical mount over the horizontal.

I also like the vertical mounting better. I just have an electrical box with mount holes in them from the older thermostat. The new vertical mount holes will require me to drill one hole through the box. If both the holes were in the wall, I’d have mounted it with wall anchors.

Gotcha, yea… a box, heh. Guess my builders weren’t so nice. Just a hole in the wall and some drywall sinks.