Wyze Scale S is back!

Measure 11 unique health metrics for a more complete picture of your health. Track trends over time in the Wyze app. Available in 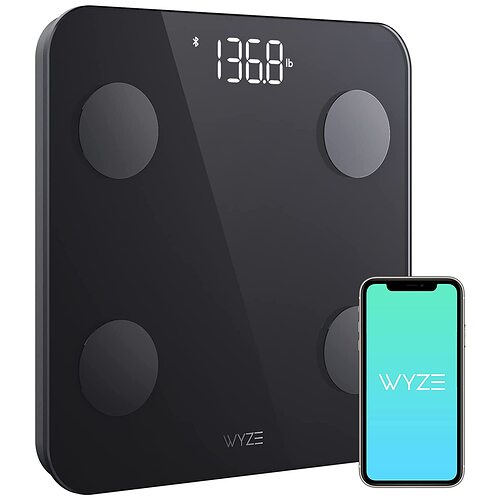 Want it by Christmas? Get it on Amazon: 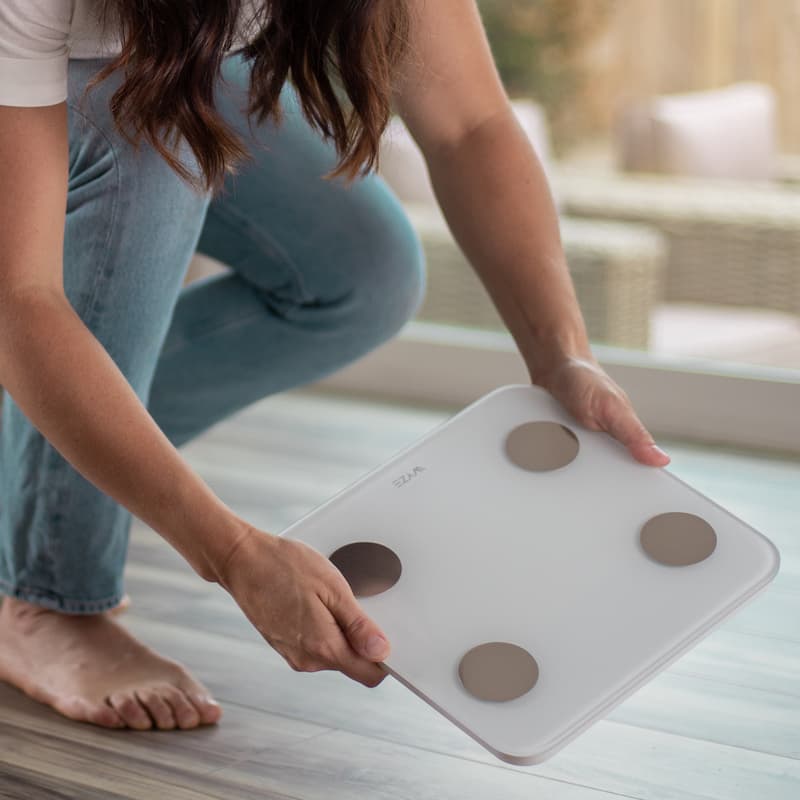 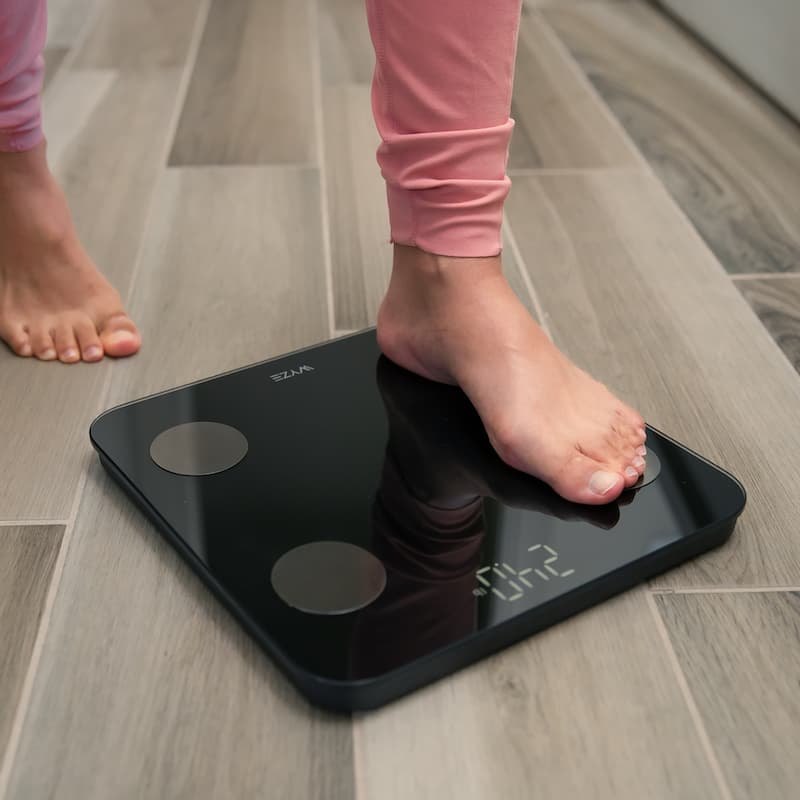 Hi, after looking at the comparison of the original scale & newer “S” scale, I think I prefer the look of the original, however if the stainless steel electrodes on the S are much better/precise I will purchase the S.
Thoughts?
Thanks

Is this scale accurate as far as bf %? Other scales seem to make assumptions based on BMI leading to a BF reading that’s way off the mark. At best, they fluctuate and around one out of every 10 times, the measurements are correct. In addition, what is the return policy including shipping cost if the scale is significantly innacurate and not as described?

One update worth pointing out with the Scale-S since it first launched is that since 11/11/21 and Wyze App 2.26.x, it now also does heart rate measurements like the original scale:

They are more precise but the original scale is still a good product! If you like the original one more, I’d probably go with that unless you want to weigh pets or babies.

If the scale is significantly inaccurate, we would want to troubleshoot with you. If troubleshooting doesn’t lead to improved performance, we’d look at a warranty replacement or return. We’ve heard good reports from folks about our measurements, though!

I preordered the Wyze Scale way, way back around when it was first announced. I have not had any notification of when it might ship. So, seeing that folks can order it now from Amazon and get it by Christmas didn’t fill me with holiday cheer.

hi, i tried emailing support@wyze.com & received a bot email response that it is an “unmonitored e-mail site?” i’ve used that email address in the past, is is there a new address?
perhaps something to do with the typhoon? i pray everyone is safe and well.
Perhaps you may pass my email on to the correct place, thanks.
Hi,
A few questions:
I thought orders of $125+ were granted free shipping?
I tried all checkout pages, cart, shipping, payment, all still added shipping (see attached).
Also, may the COVID test kits be included in an order of $125+, even though they’re shipped separately?
Lastly, I want to order the WYZE CAM V2/V3 MOUNTING KIT but the item’s page does not have an “ADD TO CART” button (see attached).
I tried on both Chrome and Edge browsers, same thing…
Please advise…

Hello,
Just wanted to say that making it super easy to export the scale data is much appreciated!

Have had the scale a few days short of a year now and still enjoying the ease of syncing and no problems with accuracy.

After pre-ordering mine a few months ago, it finally arrived Tuesday. Since then I have had nothing but headache and disappointment from my scale s. It won’t pair. I’ve tried all troubleshooting tips, I’ve contacted support and have tried all they suggested. I’ve tried pairing with different devices. It keeps failing with "Check that your wyze scale s has sufficient power. I’ve changed the batteries.

I have been pleased with all of my wyze products but this one is making me pull my hair out. May have to return and go with a different brand.

I didn’t see it as an option in the settings but…will Wyze Scale S eventually be updated to also support / be used with google fit?

I saw option for apple health and fitbit, but no google fit which was a bummer.

Sorry for my delay! That email hasn’t been available for incoming emails for a couple of years. You can contact support through support.wyze.com instead.

@Panda, we apologize for that experience. Have you reached out to support to check on your order? All of them should have shipped by now.

@codyphillips84 , I’d also recommend contacting support in your case. But I really hope you were able to get it to pair! Sounds like it may have needed a replacement.

@Demonteverde , I know that there are conversations about compatibility but I wouldn’t guarantee Google Fit at this point. It may come later but I won’t make promises yet.

I would recommend updating the details section description that you have for the Wyze Scale S as it advertised syncing with Google fit. Had I known that it would not have this, I would not have bought it.

Not sure how many people would find it useful, but I have a potential idea for the scale to help weigh pets. Currently I have to use a standard scale to weigh them now which requires me to first weigh myself, then pick up the animal and and weigh again, then calculate the delta. Then enter that pet weight on a tracking spreadsheet. It would be great if Wyze built this into the Scale as a feature. It would still require doing separate weights (w and w/o the pet) but would do the math and log the…

…without even a response or heads-up. To add insult, they created another piece of hardware to buy rather than providing a simple software update. Is there a particular reason why this feature cannot be implemented in the original scale?

Surprisingly, Wyze didn’t actually put this feature in the new scale because of the wishlist, their partner for the new scale actually implemented it on their own already even before Wyze started working on the Scale S:

It wasn’t a deliberate corporate strategy to get people to buy another scale and throw away their old one. It was simply that their partner on the product had already written the code themselves to support this feature on the newer scale, so of course Wyze would keep a feature when the work for it was already done for them before they took it over. It wasn’t meant to upset any of us who have the original.

As for whether this feature could or will be added to the original scale, I do not currently know the answer to that. I haven’t seen any rejections of this idea, so at least we haven’t been told no. It would be great if they do add it. I also have the original scale, and I love it, but there are times I want to measure pets, a baby, luggage, etc. In the past I have just manually subtracted my weight from whatever I am holding. The more people who vote on that wishlist and add positive interaction for it, the more likely Wyze is to see the demand and potentially divert resources away from other projects to add to it. They have added several features and updates to the original scale since I originally got it, so there is hope they’ll add more to it too. They would just have to do all the programming and testing for it themselves this time, so they probably just need enough people to show a positive interest first.

Thank you for the detailed reply and sharing this info. I didn’t realize the feature was instigated by their partner. But it makes sense. This proves that they don’t really develop things in-house.

I’ve come to realize that Wyze is effectively just a shell company for Chinese manufacturers to export all kinds of various, unrelated, generally low quality products to the U.S. under one brand. It’s a sound business strategy. But not what they started as or what they purport to be.