In my case, restarting the pan would start the recording again but very soon (within the day) those recordings would disappear and the pan will not detect SD card. I’ve tried with multiple cards.

Now the pan is not able to view recordings. That was short-lived!

Same version as you. No recording or notifications

Add a me too to all of the above. I had my Pan Cam since December and always had this trouble. I thought perhaps somebody was messing with it. I tried so many different cards. It works fine for a day or two then it needs reset and everything is erased… No video on the card but event pics still in the file system if I check the card on a PC.

I just recently bought a V2 cam and it is working flawlessly next to the Pan Cam using the same SD cards that were originally in the other cam. Made me finally realize it a problem with the cam.

Welcome to the community!
A lot of people have been having this issue…

I dont know that a firmware update will fix this, but hopefully it can at some point. I requested a new camera and even my new one does the same thing. Like you I have tried several different sd cards. Sadly either have to wait until an improved version comes or they do an update. For now I built a motor that rotates into a metal box and placed my regular wyze camera on that. It’s just constantly panning but its better than nothing.

Even being a maven, I still do not own a pan. It’s never suited my needs. sadly I don’t think I would be much help to you on this one except for knowledge on SD cards which we have just checked off. I would like to say thank you though for doing the due diligence and looking at the card and debunking that as a possible issue. Let me hit up my amazing friends and maybe they have some sort of information on this that I am not privy to or have missed. The maven’s do a heck of a lot of reading. …

I first stuck the sad card in but it said no sd chip. I then upgraded the firmware and still the sad card doesn’t work. I removed the sad card and now get error code 90. I’ve rebooted the camera numerous times. I deleted the Wyze app and redownloaded it from the App Store. When I ran the app to setup the camera, the name that I had given it in the old app was still there. And it still can’t connect. It is 2 feet from the router.

I tried so many different cards. It works fine for a day or two then it needs reset and everything is erased… No video on the card but event pics still in the file system if I check the card on a PC.

Try using the phone contact option. I have had occasions recently to need support and used that option. I was impressed each time-a few minutes hold, good conversation with, each time, a sharp tech person and on-the spot resolution.
Best wishes!

I’ll tag the @WyzeTeam and @WyzeGwendolyn on this one. Hopefully they’ll be able to help!

About an hour ago, my wyze cam pan started recording to SD card again. No footage is available before that, though. Wyze cam sees my SD card as well in the sub-menu. I have not changed anything in my settings.

I just wanted to give everybody an update on what’s happening with my Cam Pan. Perhaps it can help somebody else out. I’m going to try a warranty replacement next but even then, I wonder if even that will fix anything. So many people are having problems with this camera. This is what I did so far from this forum and others that I read.

Everything worked fine for about 2 days. I even made a 22h time lapse recording during that time. I don’t know the exact time but somewhere around 2pm EDT today I lost playback function. It kind of made me wonder if my cam was acting up at the same time as a another user on this forum? Perhaps the other user is in a different time zone? I then perform the following checks.

I think all of the above shows either a hardware or software glitch in my cam and possibly many others. Notice I did not reformat the card a second time, it worked fine after a reboot, nothing else changed at that point. I wonder if this is a glitch in the firmware that can’t handle time zone corrections? Perhaps a problem when trying to rewrite over older files? Perhaps it is just a flaky hardware design. Anyways at this point I will try a replacement. If that does not work then I will move on to a more reliable cam. Two V2 cams mounted to cover same area would be better than a pan that is not reliable. Or perhaps a different brand. 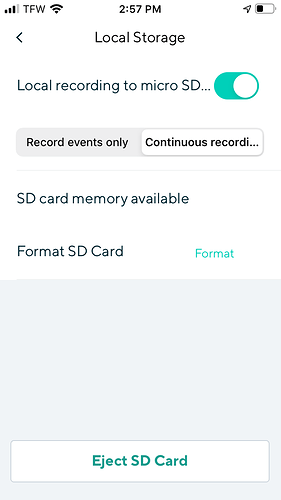 My new solution until this is fixed: Using the scheduler, I am having my cameras restart every day at a certain time. We shall see if this works.

Forcing restart was the only manual way I found of fixing this.

We’re sorry to hear about the trouble with Playback, everyone. We’re working on improving Playback stability and the experience. In the meantime, I’m going to share this thread with the team in case they have any questions and so they can see direct quotes.

Thanks for tagging me in and for your help with troubleshooting and guiding folks to support, @Brlepage!

If you had your cam set to continuous record you should be able to pull the card and get the video with your PC. Assuming the issue lies with playback and not record.
We had a similar the issue years ago, and judging from your photo you shouldn’t have any insurance problems. In our state it called “an appurtenant structure” that your tree struck, meaning anything attached to your actual house. In your case it looks like the house itself!
Best of luck-I know it’s not a fun situation.

Sorry to tag you on multiple posts! There were a lot of people having issues so I just wanted to let you ant the team know!

Nah, this was great! Thanks!

Yes mine starting doing the same thing after an update we had. I finally got it recording periodically but now it turns off intermittently for some unknown reason.

I finally got it recording periodically but now it turns off intermittently for some unknown reason.

This seems to be the issue.
The pan cam ether doesn’t record or records and keeps resetting/ turning off. The issue only occurs when you use a micro SD card.

Using the scheduler, I am having my cameras restart every day at a certain time.

I wanted to add that since my last post I moved my Pam Cam. It normally sits behind the a curtain in my window. Since I moved it only a few minutes of recordings got lost here and there. Very rare does it record for 5 days in a row without losing the SD card function altogether. It’s in a climate controlled room but getting hit by sunlight
during parts of the day normally so perhaps behind the curtain it gets warmer?

Anyways for five days now it was in a mostly dark cool room with some time lost on the SD card (and not all of it). I pulled the SD card and checked the files and noticed 3 text files in a folder labeled “reboot” or “restart,” don’t remember the exact term. I did not reboot it but it also had time missing on the card 3 times for about 5 minutes each. I checked my other V2 cam that works fine and that file folder does not even exist on that cam. I don’t know if those text files are useful in any way for diagnostics? Anyways I placed the cam back into the window to see if it gets worse again and reformatted the SD card again to see what comes back. Was thinking perhaps heat or a cracked cold solder joint can be causing this?

Working perfectly. In the last week, I have not logged in once and found my SD recordings unavailable.

This has not been my experience. I have removed the SD card from the camera and stuck it in a computer and nothing is seen on the card.

Ok I checked my cam and again it lost everything that it recorded. This time it went 4 days. The only file in under “Record” is text file that says it was created 4 hours into the future! Also the cam shows no evidence that it rebooted. It’s pointed exactly the same spot that I had it set at. When it reboots it does a self test and ends up pointing to a center location. It did not do that. I also now set my cam scheduler to reboot everyday. I am out of ideas. 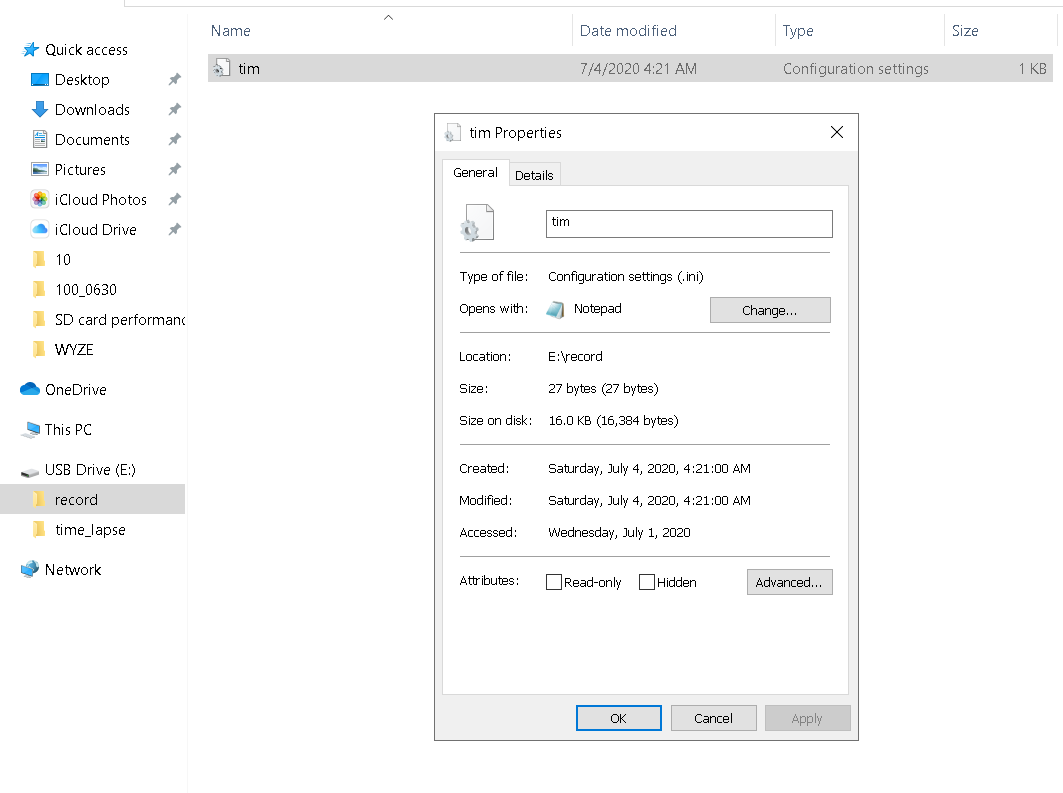 When it reboots it does a self test and ends up pointing to a center location. It did not do that.

Have you tried just unplugging it? I know it’s not convenient but, if it works then you could put a Wyze Plug or other plug there.