I’ve had a Wyze outdoor cam set up outside my front door for the past 9 months or so. I live in a city, so it’s a relatively small detection area, however the camera setup has worked flawlessly until just a few months ago. Now when videos are recorded, they are often delayed enough, that the subject you want to view is out of the picture or, no notification or video has occurred at all. This may be just a coincidence, but this is about the same time I was required to purchase a Cam Plus Lite subscription to create and view videos on my Wyze app.

Some bullet points and steps I’ve taken to try to fix the camera (with no luck) :

So in summary, the camera once worked great, and now it doesn’t. I’ve tried resetting all possible settings, bought an additional camera, made sure I had a strong network connection, and yet nothing is working. And for the record, nothing has changed with my home network setup. I’m reasonably certain at this point it’s not anything hardware related.

Can anybody help me with this? Something doesn’t seem to add up.

Is your base connected via Ethernet or Wi-Fi? I don’t understand the part about adding an AP repeater, Is the base connected to the AP via an ethernet cable? My base is connected via Ethernet since I installed it in October 2020 and all 4 of my Version 1 WCO have a good signal. Have you checked the signal of the cam with the app? I removed some info. from the screenshot. **** I am ignorant when it comes to Access points and extenders. Is the AP broadcasting your 2.4 network using the same SSID and password you set the base up on? 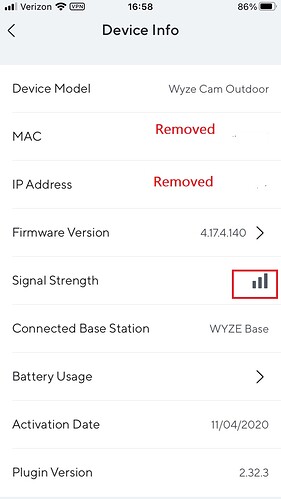 Thanks for the note Antonius. My base is connected via wifi (cannot run Ethernet to that location). My device signal strength on the app is a full three bars, similar to yours. The AP repeater I was referring to is a wireless access point. I did a speed check at the base station location and there should be plenty of bandwidth, I believe it was about 45 MPS

Can you send a screenshot of the live view. Is the motion your trying to detect a person walking straight towards the camera, or from left to right? Sometimes the PIR has trouble when your coming toward it because the heat signature doesn’t change very much.

I don’t know what to say about the delay. This WCO has been in use for 22 months, I use it to watch the side gate. If I open the gate and walk in the direction of the red line I will get a notification in 5-6 seconds, maybe to long? The face of the cam is pointing at the white SUV next door. It also picks up cars and trucks moving across the street. The cam is 26 feet from the gate, all settings at 100% and no detection zone. Cam has Cam Plus Lite with person detection on. 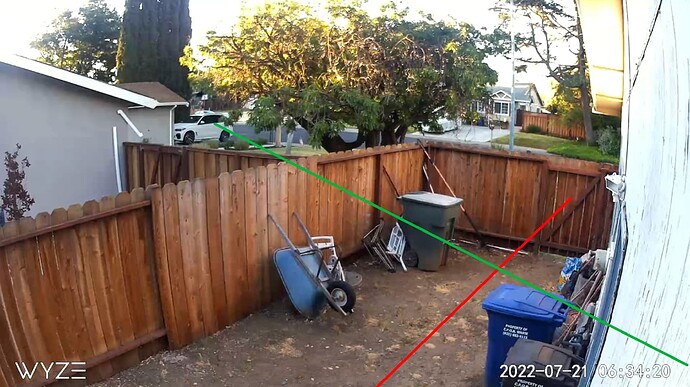 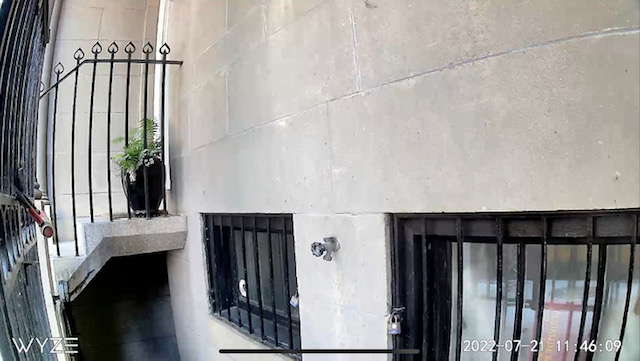 I acknowledge that the trigger zone is narrow, but what’s puzzling is it worked fine for months without any issues until recently. The area I want to monitor is the upper stairs by the planter. Unfortunately I don’t have other mounting options due to the masonry.

Here is the alternative placement I tried as well, but had same delay issues 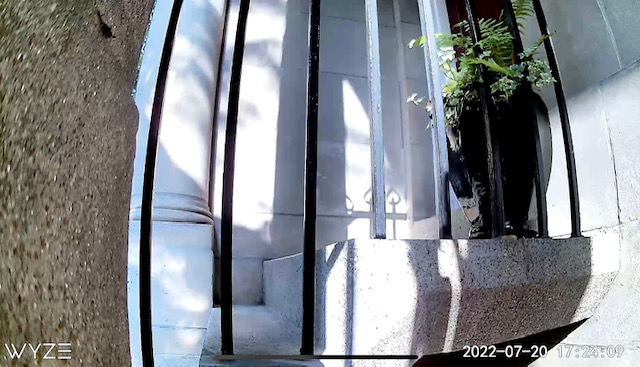 Good to know. Must be the narrow detection area for me. I’m probably out of luck

Wow! not a lot of area to view there considering the cam has to “wake up” , record, send the video to the Server so AI can tag it and send it back, no wonder the person is gone. Is there any way to view the approach to that area? Looks like limited choices. Do those windows with the locked grates belong to you? You could get a V3 cam, stick one of those long flat USB cables through the window, close the window and put the V3 in place off the WCO. You wouldn’t be the first member having a flat USB cable running out of a closed window.

I’m sure you’re right about the large area - probably the best explanation with my issues. If I pointed a camera from one of those lower windows, the trouble would be there’s a sidewalk perpendicular to the stairway that gets a lot of traffic. I’d get spammed with notifications all day long unfortunately. And a WOC would run out of battery quickly.

I meant to say small area

Have a look here:

Got a feeling we’re not the only one. Have been waiting for improvements for months, gave up… looking at other cameras now.

The bottom half does the detection. That cam is aimed too low. Try aiming it up so the bottom of the view is aligned with the floor

I repositioned the camera so that the bottom is level with the floor. After doing some testing, it seems like it’s picking up more notifications, but the recording lag is still there. For example if I’m coming out the door and heading down the stairs, the video shows a 10th of a millisecond of movement. Going from left to right is better, but it really doesn’t start recording until I am at the door to the right. Any thoughts? 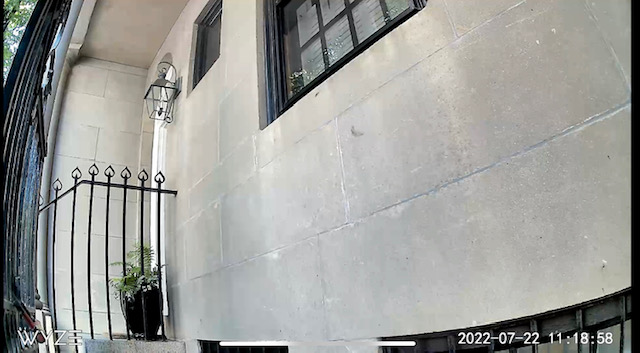 My thoughts are you have the wrong camera for that location. The cam can only see a person make one or two steps and then they’re gone. Find a way to power a V3 cam and put it in the same location, set it to continuous recording . At least the the cam will always be on and you can view the playback from the SD card if installed and set to record as well as cloud event videos. I record 24/7 to 128GB cards in my V3 cams. I would not count on getting faster notifications though as there a are numerous post here about no or late notifications, a problem I do not have with any of my cams. Good luck.

Can’t disagree with you, Antonius. The reason for purchasing the WOC was because it’s impossible to run wiring to that location and unfortunately there aren’t options to mount a camera at other locations due to exposure to foot traffic. I’m still thinking it’s better to have limited camera functionality than none at all. The one thing though that still puzzles me is why the camera once worked great and now it doesn’t. That’s why I shared it with the forum community. Thanks for trying to help!

Yea, the only thing I can think is the cam just doesn’t have enough time in that small window of movement.

Weird that it suddenly changed, no idea why that could have happened.

Would it be possible to put the camera above the door, aiming out?

I wish. Just too much foot traffic in that direction. I’d be notified to death. Similar to Chicken Little

You can use a detection zone to block out the road or sidewalk, so it only sees the porch.

I’ve been having a similar problem for a while now. The WCO cameras worked well for 2+ years. Now all of a sudden they rarely pick up anything. I blame it on the last base station firmware update.

I run 14 cameras. 4 are WCO. One is quite close to the base station and has 3 bars. It works great. 3 of them are at the edge of the range. These 3 are on 2 separate base stations. The base stations are hard wired to 2 separate access points. The cameras usually have 1 bar. I can livestream on them. The app shows them as online. And they used to detect events. Now it’s rare that I get anything on these 3. I think it’s a range issue, and the only thing I can identify as changed is that firmware upgrade. I tried to roll back the firmware to test my theory, but it seems that is no longer an option.

Does anyone know if the WCO V2 has a better range?