Anyone else have this problem?
I ordered 2 add on Wyze outdoor cams (already had 2). Went to put an SD card in them and the rubber gasket on the bottom of the camera was loose on both of them. One was really bad the other just on 2 corners. This would allow moisture to get in them making them less than waterproof (my original 2 WCOs are tightly sealed).
Also 1 of the 2 had little holes in the membrane that covers the microphone (that the Wyze rep said was for mounting?? no that would be the threaded hole in the middle) none of the other 3 cameras had these holes, again a place for moisture to get in.
Now to their credit, Wyze did replace both cameras very quickly and the 2 new ones arrived this morning. However both have loose gaskets again though not as bad as the first ones, the corner of the gasket is not sealed, seems like some poor quality control! Also both have those little holes in the membrane over the microphone (maybe this is something new for better sound?).
I don’t want to have to return these too, only to get more replacements with the same problem.
Has anyone else had loose gaskets? Is there a glue can I use to seal these myself? And what about the holes? Are they suppose to be there? I’ve included pics of a camera without the holes and one with, plus the loose gasket issue. 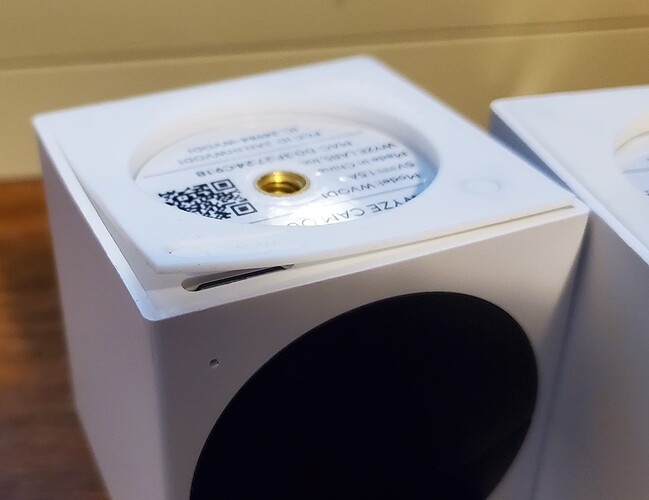 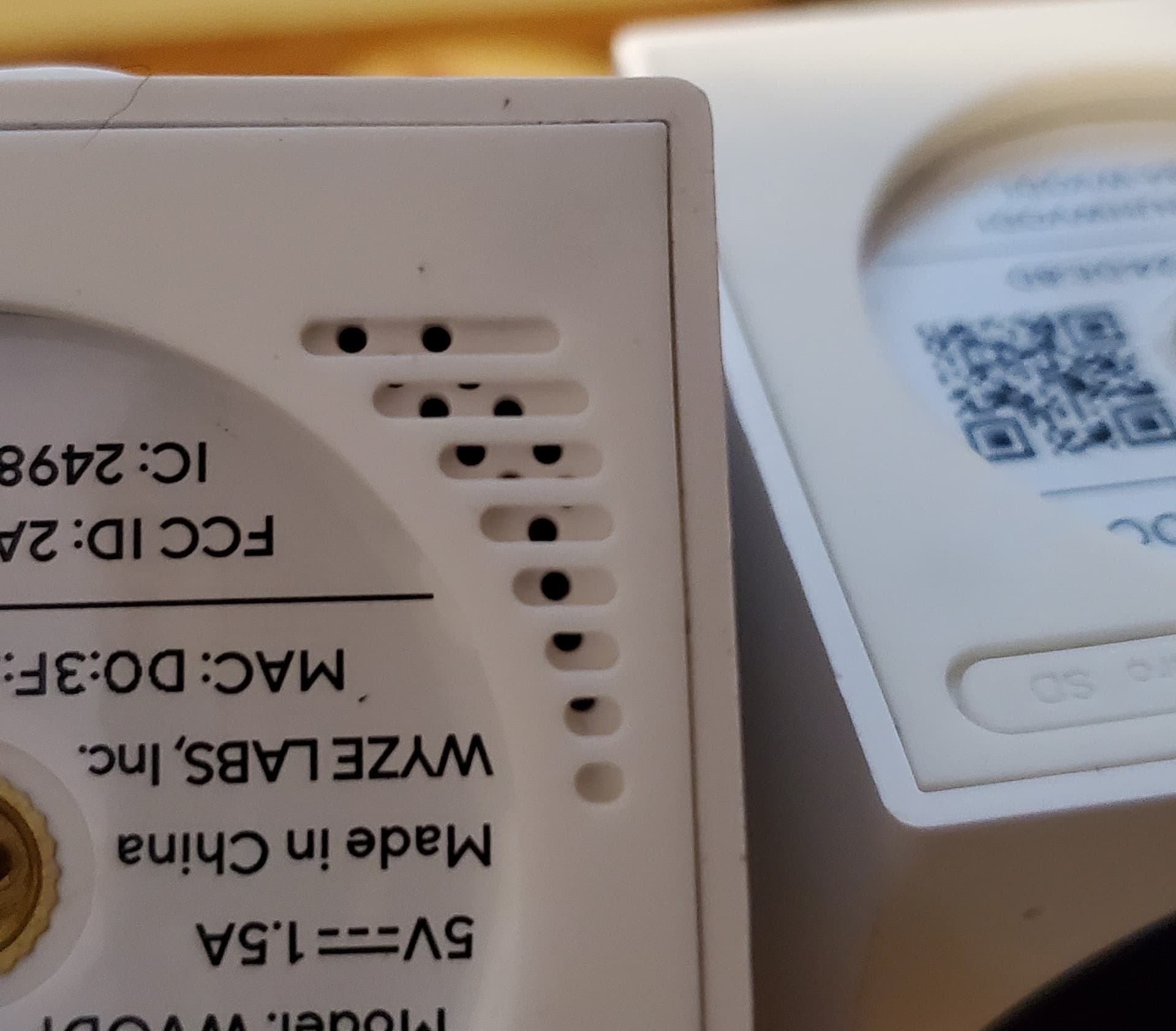 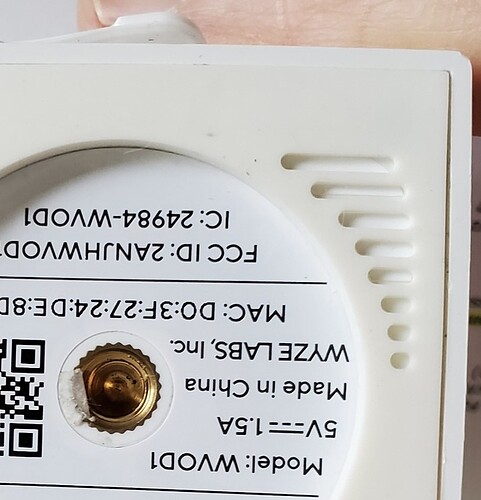 I have 4 WCO and looked at 3 of them a few minutes ago, mine all look like your bottom photo, no holes.

The V2 WOCs have holes on the vents. I can only conjecture that they are to help the camera air out any moisture. They tell you not to mount the WOC upside-down, because besides potentially creating a water problem, that would mess up the PIR motion sensor.

But the other lack of seal on the bottom is very concerning to me.

I have since found out that this is where the speaker is and that there is an internal seal. Wyze already replaced them with a V1, but I’ll live.

I have two cams just installed with the loose gasket not sticking at bottom as well. Wasn’t sure what glue to use or if it was advisable.