About to purchase a Wyze cam. Previous Spot owner. Which model is newer and and are the actual cameras the same. Thanks

I believe they are both about the same vintage and camera guts. Do you understand the difference?
The V2 is like sitting a 35mm camera on the shelf, The Pan camera can pan almost 360° horizontal plus up and down.
What do you want to do with it?

The Pan was released after the V2 . The V1 had fewer capabilities than the V2, and the newer V2s have received a CMOS upgrade due to the manufacturer no longer making the older CMOS. 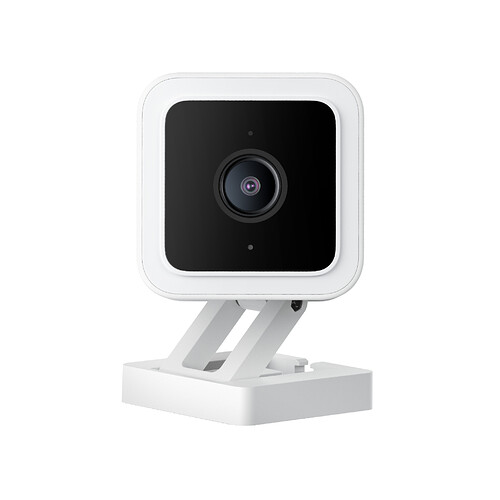 Meet the #1 best-selling multi-use security camera. Great for indoor, outdoor, or anywhere in between. Need a pet cam? How about a baby monitor? Get creative!

Going to use it for indoor monitoring. Just wanted to get the unit with most recent camera. Would consider the pan if the cam is the same.

Both have the same cmos?

My understanding is the Pan CMOS is the very similar as the old V2 CMOS. Please keep in mind, I saw negligible difference in the CMOS. The newer V2 CMOS has a slightly narrower (top to bottom) view than the old one, but I felt it was clearer.

I only have one Pan, and the rest are V2s, but everyone’s needs are different. I use my Pan to monitor a large area in a barn with very little activity. I have V2s everywhere else.

I agree with @DreadPirateRush. The wyze pan is clearer than the wyzecam v2 (new CMOS). If you only need stationary view, then the regular wyzecam should work and it has a magnetic base.

Too bad they don’t make the wyzecam v2 (old CMOS) anymore. Is there a way to check the box to see if the wyzecam v2 has an old CMOS or new CMOS when purchasing it in store like at microcenter?

So there were 2 versions of the Wyzecam V2, old and new cmos? And the Pan has the old V2 cmos?

Heres the easy way to determine which youll need. As they both have good enough quality that you cant visually tell the difference between the two.

That is the only question really.
That will give you your answer.

There is a notable difference between the two… But you need to decide if you need the camera to move or not. Don’t decide based on which camera has a better lense. Otherwise, you can buy both and then you don’t need to decide. 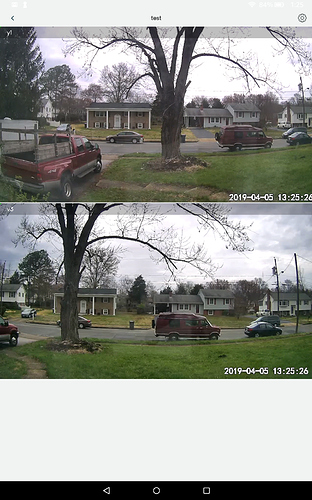 Top is pan cam, labeled y1.
I think the cam labeled v3 is sharper. (And it’s only labeled v3 because it’s the third V cam)

Im not seeing really any difference between the two. The timestamps still look normal and the pixelation on the trees still looks about the same. The only difference I am kinda seeing is the color range ish. And that could be due to the glass reflection of the top one. And the angle of the bottom one compared to the top. Otherwise all of mine look to be as close as identical.

@Urbnized I agree that sample above does not show much difference between the two. Is that on the simultaneous view? That cuts down the clarity to 360p. I have all 4 different generations/types of wyzecams. V1 looks the clearest out of them all but has missing features like thumbnail for event notifications. The pan looks the second best. The v2 (new sensor) looks the worst. I guess if you don’t notice the difference then that’s good.

Good to know that the camera should be comparible between the Cam V2 and the Cam Pan. This confirms that I do have a bad Cam Pan. I had bough one of each to test out and the Cam V2 has an extremely clear picture but my Cam Pan has a noticeably fuzzier picture. I guess I will have to send it back for an exchange…