Why your router or Wyze may not be your problem

Many people are blaming their router for problems when it’s probably your isp provider.
My isp provider is currently giving me download speeds of 90+ Mbps and upload speeds of 10+ Mbps. However, they change throughout the day. I’ve seen my upload speeds drop to as low as 7 Mbps. At 7 Mbps I can only support 2 Wyze cams uploading HD 1080p to the cloud or remote viewing. And, that’s assuming nothing else in my system is competing for upload bandwidth. You can view a large number of cameras locally because it’s your router speed (which is several hundred Mbps) that is being used.
It’s your isp upload speed that is limiting the number of cameras that can be uploading to the cloud or be used for remote viewing outside of your WiFi range.
For instance, on my system, I could safely only use 2 cameras set to HD mode, or approximately 4 cameras set to Standard or 8 cameras set to 360p. And that’s assuming nothing else is competing. Using the Wyze free cloud service, I seldom have a problem using HD on 4 or more cameras because it is unlikely that more than 2 cameras are “uploading” events at the same time. If I were subscribing to full-time video recording to Wyse, I couldn’t reliably be using HD 1080 on more than 2 cameras.
(Note: I am not addressing router linking with Wyze, which some people seem to have.)

Bottom line: Check your isp upload speeds throughout the day. The lowest speed you record will show you the number of cameras that can be uploading at the same time.
Wyse Cams set to HD 1080p,15Fps, use about 2.5 Mbps per camera. So, if your minimum upload speed for the day is 6 Mbps, you can only reliably be uploading 2 Wyze cams set in the HD mode. This also the reason your Wyse Cams reset occasionally to 360p. 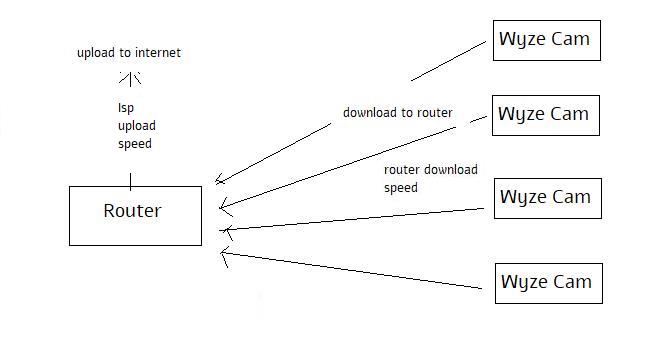 I was very skeptical that 7 Mbps was a realistic cap for many people in 2020, but I was wrong. Speedtest.net says the mean USA upload speed is only 9.75 Mbps.

The U.S ranked 94th for mean upload speed, between Angola and Poland. 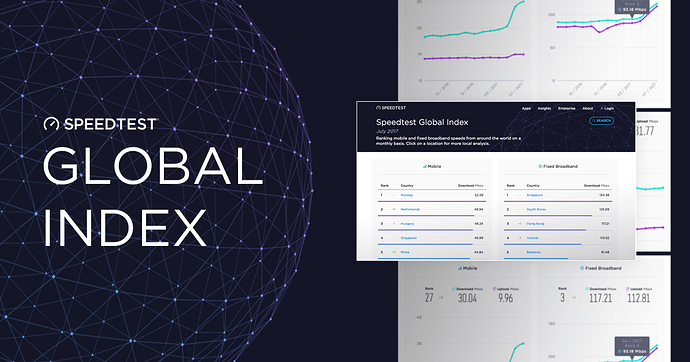 United States ranked 24th in the world for mobile speeds and 6th for fixed broadband speeds during August 2022.

Speedtest.net says the mean USA upload speed is only 9.75 Mbps.

Keep in mind that those are US cellular data stats. US broadband upload average is 56.04 Mbps.

I have 2 fiber feeds. This is the slowest… currently running 3 movie streams (night owls over here) and 15 cams. 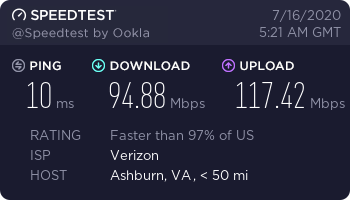 “Fiber has yet to become readily available to consumers on the same scale as cable and DSL” (Most won’t see fiber anytime soon.)
Cable TV isp upload speeds are 5-50 Mbps, I have Cox premium and have never seen upload speeds greater than 12Mbps. The average U,S, upload speed is 9.75Mbps according to: United States's Mobile and Broadband Internet Speeds - Speedtest Global Index.

I’m spoiled from fiber and dreading moving to an area without it. 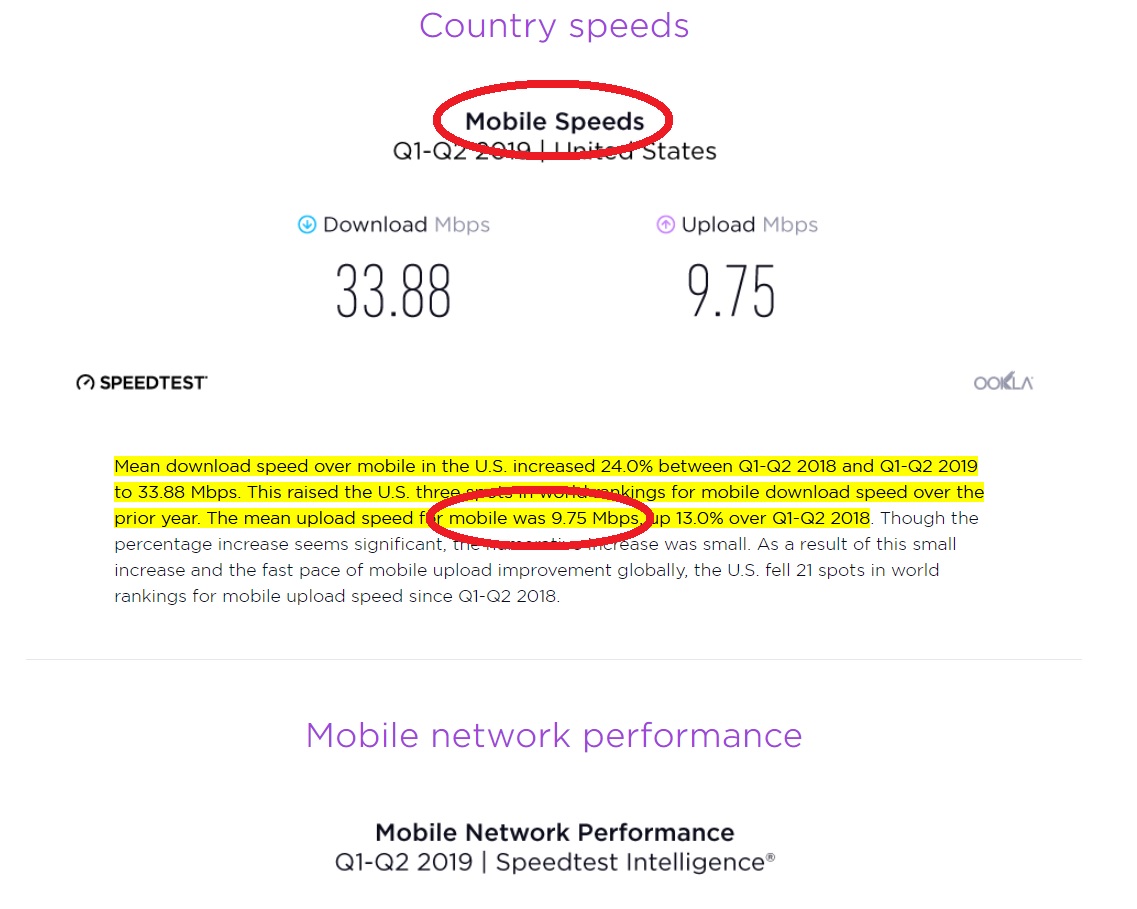 Note cellular to broadband difference cited by the same source: 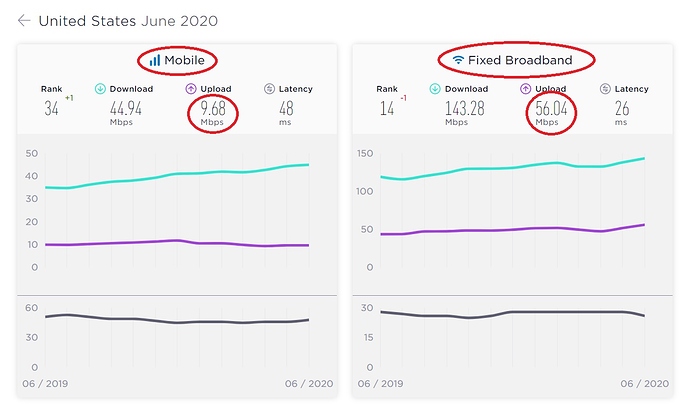 United States ranked 24th in the world for mobile speeds and 6th for fixed broadband speeds during August 2022.

Not in the US. 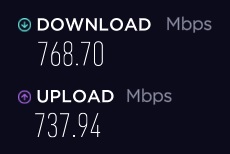 I don’t have a need for that kind of throughput. Even 300/300 split over two fibers is bandwidth overkill in this house.

The point that desertshores correctly points out is that we should check our throughput and compare to what is supported in the pdf example, especially if using mobile. My average 4G throughput, while advertised as stellar, barely supports one HD cam.

I’ve got 7 Mbps/924 Kbps DSL at our vacation trailer. Roughing it ya know.
I do have a WYZE V2 watching the place though.

When you use your ISP "rented equipment " they control everything. When my gateway died, (router modem all in one), the CS rep told me to purchase my own. I normally get more speed than I am paying for consistently and haven’t had any of the speed drops