WCO v1 out of focus 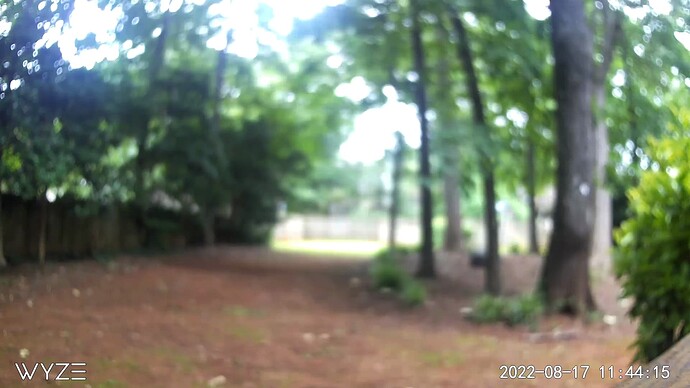 My WCO camera appears to have lost its focus. I initially thought that maybe the lens was dirty or moisture had gotten inside of the camera but after cleaning the camera and leaving it inside for weeks to dry I did not notice any improvement. From what I can tell, the focus has shifted and locked to a very close view whereas things at a medium to far range now appear incredibly blurry.

I spoke with support, and since this is a hardware issue, and they no longer plan to carry the V1 in stock, they were unable to give me any troubleshooting tips to fix this. However, my camera is only 2 years old and I would hate to have it become obsolete already.

Interesting, I think the cams have a set focus and aren’t adjustable, so weird that it’s doing that.

Has it been dropped recently, or when did this start happening and did anything happen to it before?

Have you tried power cycling it? Doubt that will fix it but worth a shot.

The camera was attached to a tree in my backyard. Normal use with exposure to the elements (heat, cold, wind, rain, some snow, etc). No mechanical faults that I can tell from looking at it. No falls or hits from debris. Just one day the image became blurry and that was that.

Aside from the possibility that the focus has been shifted, it’s also possible that there’s fog on the inside of the lens. I would take a closer look at the lens to see if that’s the case. If so, you may be able to let it defog over time. If all else fails, you could take it apart and try to fix it, but this would risk damaging the camera further and would definitely compromise the camera’s waterproof rating. I haven’t seen anyone take an outdoor camera apart yet so I’m not sure how complicated it would be.
Note: taking apart the camera will void your warranty.(if camera is still under warranty)

Did you by chance have this camera mounted upside down with the bottom end pointing up?

The lens itself does not look cloudy, maybe a little scratched if anything, but nothing that would occlude the image. I brought the camera indoors for a few weeks hoping it was just condensation (and that it would evaporate). No luck there. The camera when outside was mounted upright and attached to a tree with the included mount.

Did you ever find a way to fix it ?