Just installed the video doorbell and confused about the viewing angle. Waze stats “Wyze Video Doorbell records and live streams video in 1080p Full HD with a 3:4 aspect ratio so you can see every visitor from head to toe. You’ll also be able to see packages left on the ground beneath your doorbell.”

But as you can see where I have it mounted and the picture the camera shows it is missing the ground below, actually it looks like "the other 16:9 camera. Is there another setting somewhere to show below the camera as shown in picture 3:4 ??? 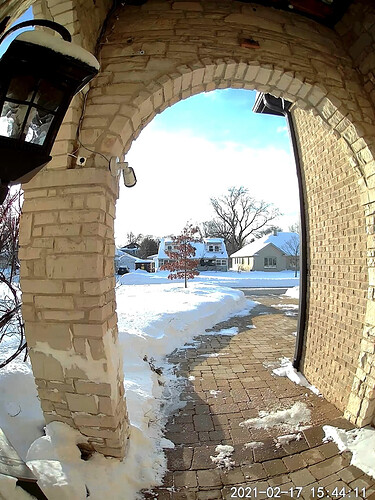 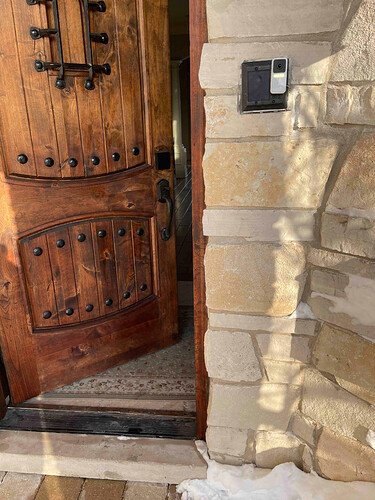 The picture you posted is in a 3:4 aspect ratio. The only way to make it see lower would be to mount it lower or shim the top so it slightly angles down.

The picture from the doorbell is 3:4 ratio, which means it is taller than wider. A normal Wyze camera view is 16:9, which is wider than taller.

Here is an example I found on the Googles.

The image shows the aspect ratio of 4:3, which is a hair wider than taller. Now flip those numbers (and rotate the blue box 90 degrees) and you get the doorbell, 3:4, which is taller than wider.

That’s actually just a screenshot of part of the view. When you go into full screen, it doesn’t show the whole image. You scroll sideways to get the rest. I had the same experience though, I though I’d really be able to see below the doorbell with the marketing description. At least the view is clear and responds quickly.

Thanks for the responses. I ended up printing a Shim from Thingiverse that gave me a better angle.

I thought I read about a vertical mount or angle kit from Wyze for the doorbell. But can’t find anything now. Camera view is great quality but need to aim lower to see ground step and packages. Any advise besides using a shim, which may leave a gap and allow weather/rain. I plan on silicon caulk as a last resort.

There are Etsy stores that sell downward wedges. Here is one: 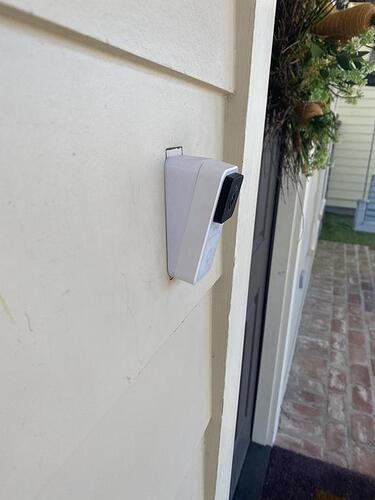 This Electronics Stands item by DoorbellPro has 7 favorites from Etsy shoppers. Ships from Mansura, LA. Listed on Jun 27, 2022

If you have access to a 3d printer you can print your own. Also the doorbell sold at home depot’s has two downward wedges included in the packaging.