I have the latest beta for the Wyze app and the Video Doorbell Pro. I’ve noticed that the numerical percentage of battery power remaining has disappeared.

Prior to the recent beta, if I viewed the doorbell feed, there would be a numerical battery percentage next to the tiny battery indicator on the top left.

Now, however, all I ever see is the little battery icon without the percentage. The problem is that the battery indicator is so small it is really hard to tell how charged the battery actually is.

I looked through the doorbell settings and it doesn’t seem there is anywhere I can go to get the charge percentage.

Is this a known issue and do you plan to eventually restore the charge percentage? I’d really love to have it back.

Are you using iOS or Android, because they currently have different Beta builds as of the time of this writing.

I have the VDBPro and the latest Android Beta app v2.29.2 (127) , so I thought I’d check to confirm this. I can confirm that the battery percentage isn’t showing up on the home tab like it does for the outdoor cams (this should be added to match the other battery cams): 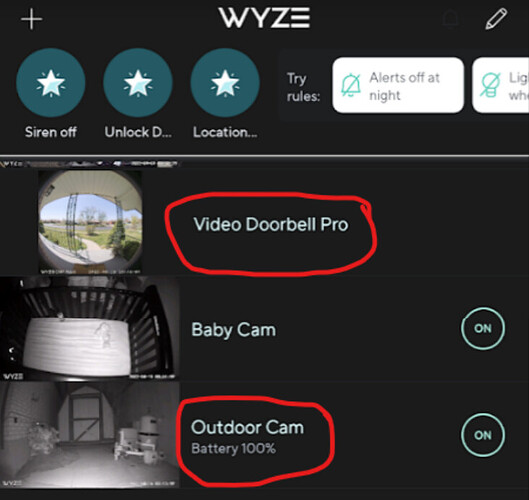 But when I select the VDBPro I am seeing the battery percentage show in the upper right: 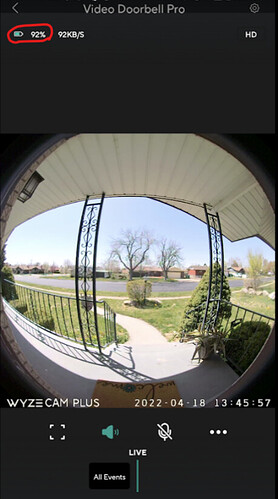 I am guessing you must have iOS then?
@R.Good can you confirm this issue (missing battery percentage) on your iOS Beta App with the VDBPro?

By Chance is your VDBPro wired? You can tell if it is wired as the Icon will look like a Battery with a Plug in the middle. When wired, there is no % showing.

Ah good point. I tagged R.Good specifically since even though I know you both have iOS, I recalled you had yours plugged in (so wouldn’t see the battery number), and he had one on battery (and could check easily). But it is good you clarified it doesn’t show up if it is plugged in because there is no need to show it then.

Yep, Mine is plugged in. When I was testing with the Battery the % was there

I can confirm, iOS is not showing remaining battery percentage with the VDBP
iOS 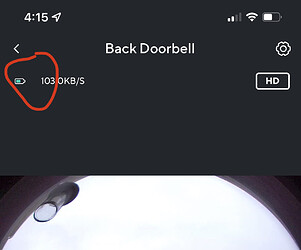 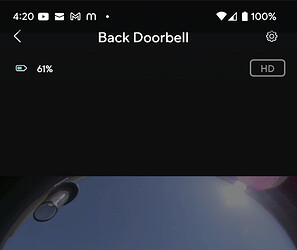 Consequently iOS has the bit rate and Android does not.

Well there you go. Another difference between iOS and Android.

Yup. I’m on iOS with a VDBP on battery power, not wired. Glad to know it’s not just me.

That’s weird, I have Android and I get the bitrate. Are you running x.127 on android?

Hopefully, all of these get fixed in the next beta track release that is pending.

I am… and oddly enough when I just pulled it back open. The bit rate showed up. I think the camera didn’t launch when I got that screen shot.

That makes sense. Thanks for checking.

Thanks for bringing this up. I thought I was going crazy. Always could find it before and then suddenly it was missing. My VDBPro is on battery on IOS. The percentage hasn’t been missing all that long. 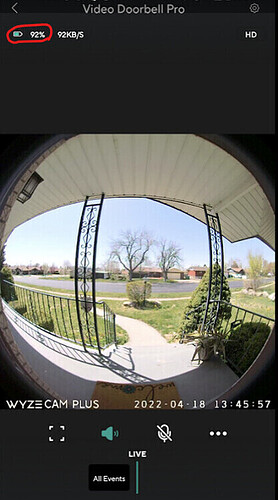