I have a slightly odd one. Let’s see if anyone else can come up with a solution. I have a storage cabinet that has two V2 cameras in it - one at each end. There is one Wyze wall wart power adapter that first goes to camera 1, and then another cable from camera 1 to camera 11. Both are firmware version 4.9.8.860. Both are set for Auto night mode with the IR illuminators enabled. Inside the cabinet is normally very dark so the illuminators are always on and the cameras in night mode any time that the cabinet is closed up. I can see IR illumination from either camera when watching the opposite camera. The first V2 camera is about six feet from the Meraki MR42 WiFi access point, and the second V2 camera is about eight to 10 feet from the same access point. They are connected to an SSID that is locked to 2.4 GHz only. Both the cameras and the Meraki management report very strong WiFi signals (as expected). Camera 1 is my oldest V2 camera with an activation date of 2 May, 2018, so it’s almost four years old.

There’s all the background. Here’s the problem. Camera 1 (the first one in the power stream), fails quite regularly. When it fails, it is no long viewable via the Wyze app, and the Meraki management reports that the camera is no longer connected, and my DHCP server reports shows that it has not handed out an address since the camera failed and that the camera can not be pinged. When I watch the other camera, I can see that the first camera’s IR illuminators are not lit. For all practical purposes, it appears that the camera lost power - except that the downstream camera 11 is working fine. I added a Wyze Outdoor Plug as the power source for the wall wart, so it is easy to power cycle the two camera. If I power cycle the cameras, they both come up working fine, but within a couple days, the first camera will go into it’s dead state.

So the usual dumb questions, why not give each camera its own adapter? Changed adapter, increase amperage, change cables…

Primarily logistics of getting power there is why one adapter. I have tried different adapters and cables. 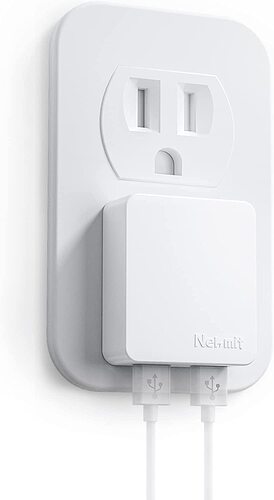 So to be clear, if you take the problem camera out of the cabinet, put it on another circuit, and give it a brand new adapter and cable of its own, it will still regularly fail?