If this just came up because of a FW upgrade - For right now -
Revert to an earlier version.
Either do the SD card dance or go Beta.
They will probably fix it.
It doesn’t look like a stuck filter: 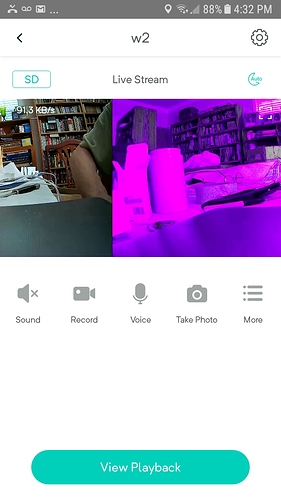 I will try that thank you

I had similar issue with pan cam, restarting device worked for me, thankfully.

Apparantly went to two previous firmware … quality remain the same …then I was ask to update again… got the same image photo attached are from 2 previews firmware to latest… I only have one photo as they are all the same image quality. I can conclude it’s a bad unit

When I submitted the the “ticket” for the camera that took the picture I showed they replaced it the same day, but the shipper took the route Seattle to Memphis, back to Seattle then to me (I’m a little SE of Memphis). I almost got it in 3 days but the roundtrip back to Seattle took another 5 days.