Hey Everyone! So with WyzeCam now using ifttt this opens so many tools and tricks using WyzeCam.
A feature most users haven’t tried or thought about is connecting Phillips Hue lights with WyzeCam via ifttt. So with HomeKit apple has something similar with HomeKit enabled camera with triggers when motion and sound is detected. This is easily possible with ifttt after connecting your WyzeCam and Hue account with ifttt you can view this page: Wyze works better with IFTTT you can select if motion is detected trigger, pick any camera you’d like to use, and then that trigger will be hue, you can make the hue light trigger a scene, room, or the entire house lights. If need any help or more tips with Hue & WyzeCam make sure to comment. “Hue Triggers: Philips Hue works better with IFTTT” “WyzeCam Triggers: Wyze works better with IFTTT” 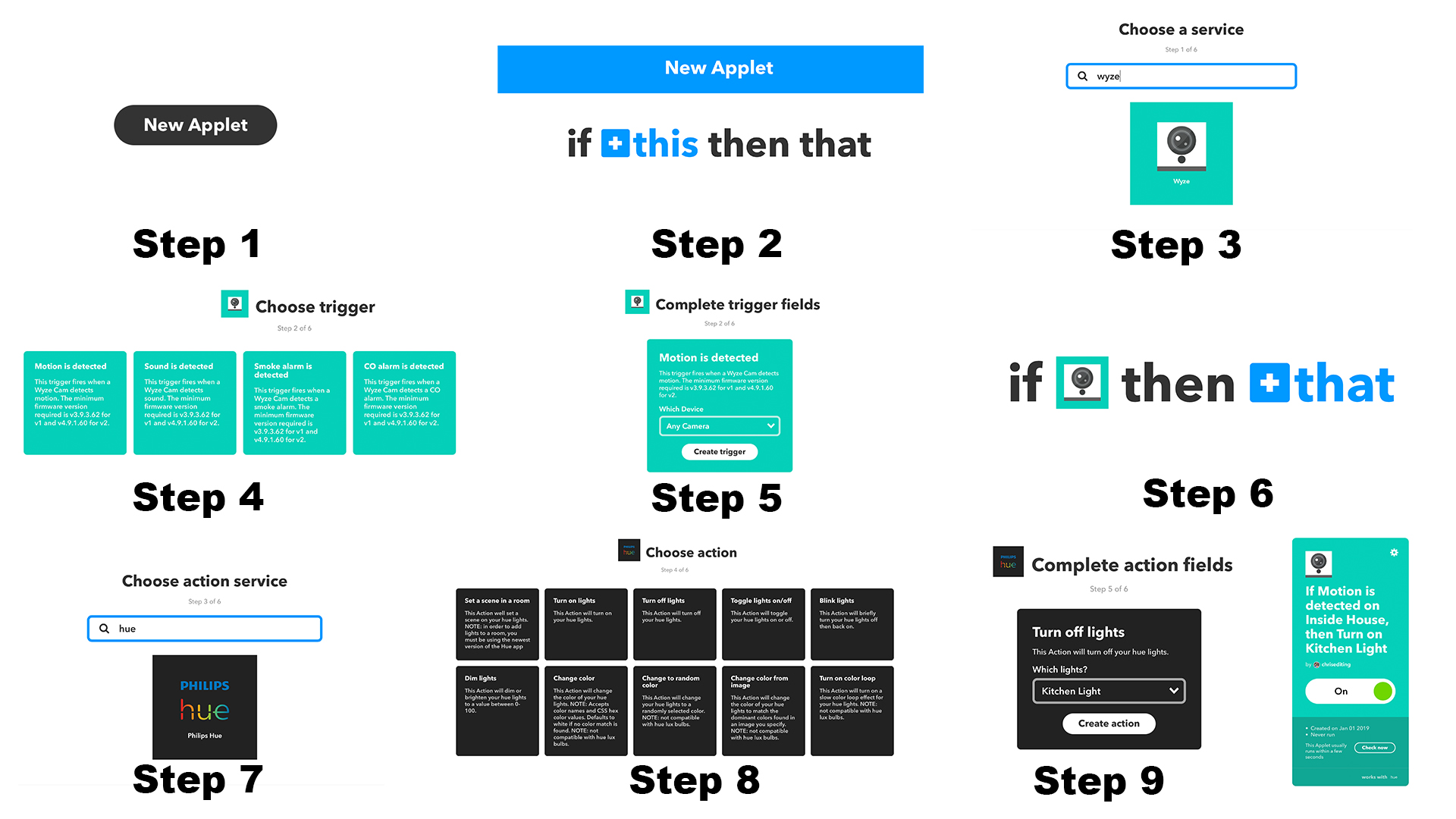 Heeeeyyyy… are you trying to trick us into turning OFF our lights on motion?

No? Steps show how to trigger the lights on when the camera detects motion.

Was teasing because Step 9 says turn off lights, rather than turn on lights.

Is there no way to have the light turn off after 1 minute? I want the Wyze Cam’s motion detection to turn on the light but only for about 1 minute. I don’t want a squirrel or car headlights to trigger motion and have the light come on all night.

Great Question! I know if it’s HomeKit enabled it can send the trigger and turn off the lights after a set time. But when using IFTT, I’ll do some testing and building and see what I can do.

I searched all over, there doesn’t seem to be a way. This of course is an issue with Philips Hue and not Wyze.

Thanks for this. I’ll give it a try.

This is why I really hope they expand into Alexa Routines. For the ring I set this up.

Between 11:30-6:00am
If my Ring doorbell detects motion it turns all outside lights on for 5 minutes then turns them off.

I would love to be able to do the same for my Wyze cams, but they don’t show up as triggers under Routines yet. 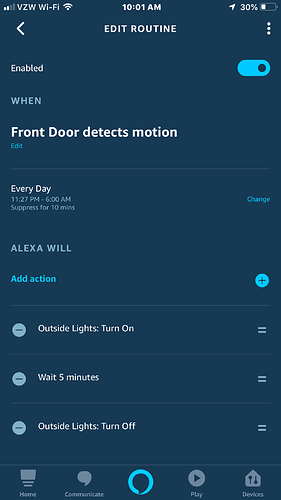 Hmmm, has anyone tried this lately? Not able to get thru no matter which browser I use, says cannot connect/Hue down, or some such.

IFTTT will let me choose motion, but the light options won’t load.

I have same issue as [airangel], I am able to select the Wyze trigger, however upon selecting Hue, the light options will never load.

is there a IOS ShortCut for this in iphone 11? There is now a new app call Shortcuts which I think is IFTTT in some ways