Thermostat wired incorrectly but it works?

I have a heat pump and a furnace/air handler.

I received my thermostat last week. Was super excited to install it. Pulled out my old unit and followed the directions to a T. It says its wired incorrectly and after pulling it on and off 3 times I decided to hit the skip button to see what would happen. It asked if I felt heat on stage 1 and 2(I did but I don’t know the difference or even that it had 2 different stages) and then it asked if I felt ac/cool air. And I did.

I just want to make sure I’m not going to burn this heat pump/furnace up. 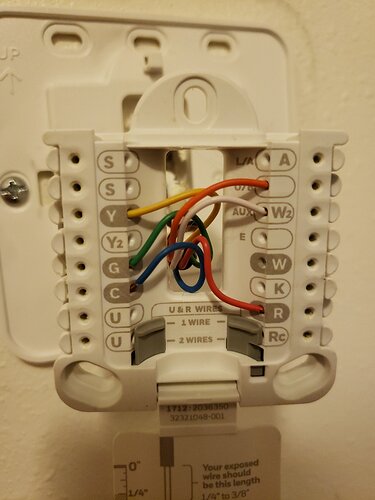 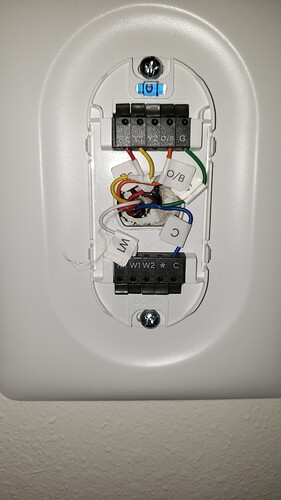 according to the app, you have it wired correctly. based on your wiring, it appears u do have a 2 stage system. I do too but mine is time controlled from the system, I can tell when the 2nd stage kicks in cuz the blower is much faster.

Okay, just wondering if its a glitch with the software saying its installed incorrectly or if my thermostat is shorting out inside and wires are touching that shouldn’t be touching?

As far as the 2 stage. I couldn’t tell a difference when doing the test on stage 1 and stage 2. It didn’t feel like more air was coming out and it didn’t feel any different from 1 to 2.