So I got mine.

#1 issue - the red light the instructions say will come on never came out, but it appeared to set up and sync anyways.

#2 issue - the sensor is displaying 70 and 50% humidity, but the app is always a few degrees off and 5% off in humidity. Why are they not the same?

#3 issue - the sensors should display on the main page, drilling into get this data is a huge pain.

the red light the instructions

What Red light are you talking about. I setup 6 Remote Sensors for the T-Stat and there is no Red Light on them, to my knowledge.

Are you actually talking about the Climate Sensors, Little White Square ones? If so, these climate sensors do not pair with the T-Stat.

the sensor is displaying 70 and 50% humidity, but the app is always a few degrees off and 5% off in humidity. Why are they not the same?

I reported this to Wyze myself as well. I did figure out that if you use them to balance out the Temp in the house, the real temp in the Remote sensor is actually used and not what is displayed in the app.

Note: because is the temp difference between the Sensor page in the app and the actual Sensor, make sure you set the Threshold Temp higher to accommodate the difference.

the sensors should display on the main page,

Not sure there is enough room for it. I would make it a wish item by going here and adding it: 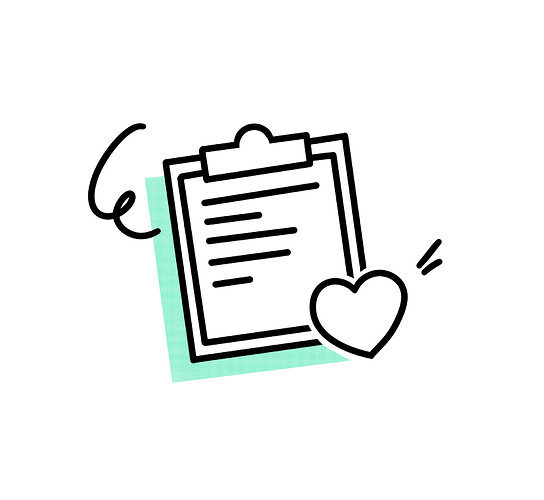 Welcome to the Wishlist! This is where you can request features and products. Please explain how you envision using that feature and we will do our best to evaluate all submissions. Before posting, do a quick search in both Roadmap and in Wishlist to see if your request is already being discussed. The “Top Votes” show the most requested and our Roadmap has the list of projects we’re working on and completed requests. Before posting, please read: Here is how the Wishlist works.

I made a mistake. The “red light” is just in the app showing you the button in red. lol. It was late.

I don’t have any balancing features on. I have one zone on my 3rd floor, and 3 BR. The 2 kids rooms are always 4-5 degrees cooler in the winter. The only way to warm theirs up is to boil in the master. I got this main for the readings. The fact they don’t work is disappointing.

@spamoni4 are you saying that even though incorrect data is in the app it still performs as expected? How did you confirm this? Just reading the actual sensors and not the app? I’m not convinced they work.

Also, I’m not following you on the temp differential. One of my sensors never gets data to the app so the temp diff is massively off. Are you saying that the temp diff uses app data to alert on the differences?

Edit: I too raised a support ticket about this. Future firmware is suggested to be the resolution.

I am using mine as normal sensors to assist in balancing the Temp. I have Auto Comfort off as I don’t want the Motion Sensor to play into this. The system then will average the T-Stat and all the sensors together to determine the temp in the house.

So here is how I confirmed it, as I did this on a number of occasions, to verify:

My Family Room Sensor is 73 degrees, My Office is 71 Degrees and the T-Stat says 71 Degrees. When you average the three together you get 71.666 or 72 degrees which is what the Temp for the T-Stat shows in the app.

Now, when you look at the sensor page you see the following:

I performed this test numerous times and have found the same results. The Actual Sensor Page does not display the correct temp. Now, where the page does play a part in this is with the Threshold Temp. If you edit a sensor you can set the Threshold temp which is the differential between the T-Stat and the Sensor before it is removed from the Included section to minimize HVAC issues. I had mine at 3 and my sensors kept being removed even though the delta was never greater than 3. I then changed it to 5 and it still removed the Family room. I finally set it to 7 and that seemed to work. So basically, the Threshold check is based on what the page shows where as the Comfort settings is based on the actual Remote Sensors and T-Stat.

I reported this and they are looking into my logs. I also have confirmation that the Page is not updating from a number of individuals and Wyze Staff as well. So they will be working on correcting that. I do believe that once this is corrected, the Threshold will be fixed.

I think there are residual affects from the rule/cloud issue from yesterday. I’ve had the inconsistent issue since then.

What issues are you still having? Gwendolyn indicated that if you are still having issues to let them know.

Most of my stuff corrected itself when we were told it was fixed. But I usually run the beta App’s and Firmware.

All my sensors show bad data in the phone… beta app… they are correct in real-time. I can delete and re-add them to the T-stat… but the t-stat still has old temperature data… with 1 showing 0% humidity. I mean… we are Lizard People but it’s not THAT dry in the house.

I think you are right in that, the t-stat is still using them correctly to balance but the phone just isn’t showing the data correctly.

Yep, that is what I have seen and am experiencing as well.

In all of my tests it seems to be using the actual T-Stat and Remote Sensors, which is good. It is only the display which is wrong.

I was having issues with Sensors being removed from the included section and after a few days of working with it, I realized the issue and reported it. It is interesting how the Threshold setting is based on the Data in the app and not from the actual sensor. But the comfort is from the actual Sensor and not the app.

If it had to be an issue, I am glad it is in this way. At least the Comfort Setting is based on the actual sensors and not vice versa.

I just sent them a bunch of information today. I am actually going to work on a document on how to use the sensors as well. For example, when I first got the sensors, I did not realize the Auto Comfort is for use with the motion portion of the sensors. When a Sensor set to be used in a certain Mode (Sleep or Home) and motion is seen, the sensor will be moved automatically into the Included. After about 30 minutes of no activity the sensor is moved out of the included section, but is still looking for motion. This is why you see sensors disappear from the included section when you have Auto Comfort on.