Welcome to the Community @Sandalwood

Do you have any remote sensors connected to the T-Stat? If so, are they participating in the Comfort Settings?

I am asking because if you do, the T-Stat display will show one thing but the App will show another, Here are my Pics: 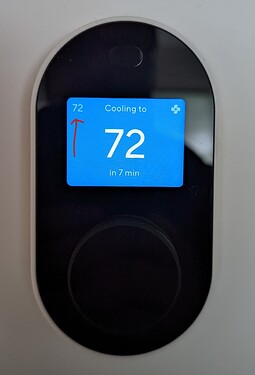 Note: The T-Stat shows 72 which is my Hallway Temp. The App shows 73, which is the average of the hallway (72) and the Sensors I have connected as well,

Notice how it says “73 in your Home”, if I did not have sensors included, it would say “in your Hallway”

Thanks for the reply. I do not have any remote sensors, just the thermostat. 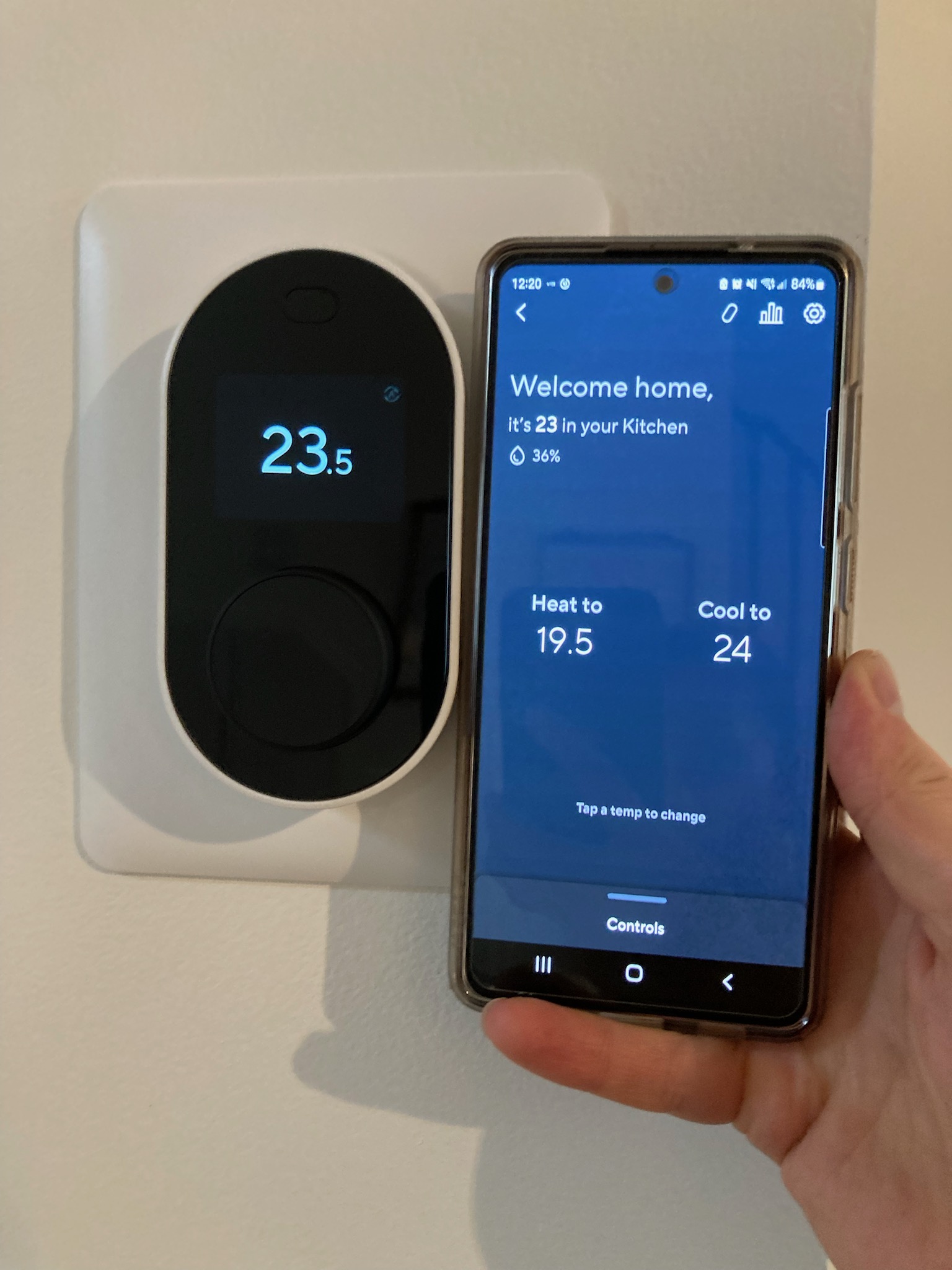 Here is a really ignorant question (my ignorance).

How the heck did you get the Thermostat to display in half degree increments?

I have been using mine for over a year and only get whole numbers… Not decimals.

That darned metric system we Americans have resisted so much!

The actual numbers on the display didn’t hit home until after I posted.

My first inkling would be to assume that the actual temp on the head display is correct and the App display placeholder is coding limited to two digits and can’t display a decimal, so it rounds down.

Thanks for the replies. I switched it to farenheit and the two temperature displays seem to be synced now. Not ideal but ok for now.

Right , I forgot people use Celsius . Maybe he’s in Canada ?

Yea i experience this all the time .

I set the temperature to my liking , and the display says one number and the app says another . It can never update on time and sync .

So it seams the app just doesn’t have enough designated screen space for the extra decimal and digit. It looks to be limited to only 2 character spaces. The temp on the head unit are correct, the app is only correct in the first 2 digits since it can’t display the .5

This would be a really great #wishlist request to expand that app display space to be able to see the half degree C since it is a display option on the head unit.

I am in Canada, that’s why I use celsius. I have had thermostats set to fatenheit in the past, but celsius is more intuitive becasue that is what we use for the outdoor temperature.

Sorry, I knew I had seen the display show decimals in celsius mode, but had to wait for it to get to the right temperature for a screenshot. So that can’t be the issue.

Indeed! My theory is debunked!

Still needs to be fixed by Wyze. The screen where it shows the decimal is the system at rest screen (black) whereas the first shot was the active cooling screen (blue).

When in active cooling thru a multi-degree cooling cycle, does the app display the temp drop using decimals counting down or just whole numbers?

@Sandalwood, I threw my T-stat into C and did some testing. Put my T-Stat into a 4 degree F cooling cycle (estimate 2 hours) from Away mode to Home mode and watched the displays. The T-stat head switched down by half degrees in active cooling but the App display lagged behind. Eventually the app display did display a half degree drop, but by the time it showed, the T-stat had already dropped another half degree, and then another.

I exited the T-stat display in the app and immediately reloaded it. The app displayed the same half degree that was on the T-stat. Slowly the T-stat again ran ahead of the app in its temp drop.

What this tells me is that while the app T-stat status screen is able to show the appropriate decimal, it isn’t getting real time updates from the T-stat on a refresh schedule quick enough to react to changing temps in the house. It is giving me old news too late.

I don’t know what the app refresh freequency is with the T-stat. but it appears it needs to be turned up.

Thanks very much for taking the time to investigate this and post. Unfortunately my t-stat suddenly died this morning so I have bigger problems now…

No life at all or just acting up?

No life. It just powered off randomly and won’t power back on. Of course it happened right before I was about to leave for vacation so I haven’t had time to investigate yet.