Setting up a delay for live streaming 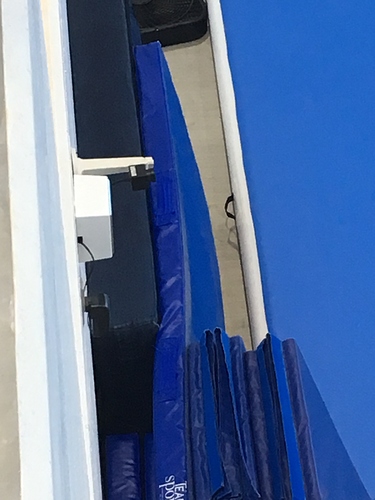 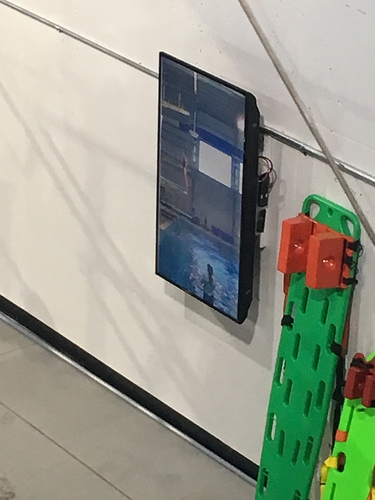 I just bought a camera and 20,000mah power block so I can set up a remote video feed at my son’s diving events. This way I can record the whole practice or meet and still be free to take still photos. Some pools use a camera system already that’s tied into a TV on the wall. It has a delay so divers can do their dive, get feedback from the coach and climb out of the pool to watch their dive on the TV about 30 seconds later. Is there a way to set up so that the wyze cam will have that same delay when streaming to an iPad or Apple TV? Fortunately today we have the luxury of the video system at the pool he is diving at. But normally at our practices and Home meets we do not. I’ve included some pictures so you have an idea what I’m looking at.

How about just recording to the SD card in the camera and then playing it back on the iPad when ready?

I had thought about that option. But then I have a dozen divers each wanting to review their dive every time. Whereas if I could set it up on a little bit of a delay then it would automatically do it for each diver.

I found this app I’m going to try out

That looks like it may work. You’ll have to flash the RTSP software onto your Wyze Cam.

That is very encouraging to hear. I’m going to have to try that out tomorrow. Thank you!

I’m having some difficulty installing the rtsp into my V2. I downloaded the zip file and took the binary file that I extracted, the VLC player file, loaded it onto my microSD and into the camera. I held the set up button and when I applied power and initially I got the orange light. After about 15 seconds the light started alternating between orange and blue for a few seconds, then they just went to flashing blue and then solid blue. At that point I let go and it just continues to stay blue. The first time I tried this I had formatted the card on my computer using fat 32. The second time I formatted it in the camera through the app before reloading the file and trying again. Any suggestions? I’m missing something here.

Is it a Wyze 32 GB card?
Have you successfully used the card in a Wyze camera before?
Did you check that the file on the card is named demo.bin, not demo.bin.bin?
Windows does that.

I am renaming it to demo.bin. EDIT: Your question got me thinking so I decided to look a bit further. Turns out I was not set to view file extensions, so the file was actually named demo.bin.bin. Fixed that and all seems well now. Embarrassing, I’ve been in IT for 15 years. Don’t tell anyone.

It is a SanDisk 32 gig class 10 microSD. The card works. It is recording from the camera and it’s the same type of card that I use on my other cameras. I’ll have to double check the file name after I finish making dinner to see if that’s the culprit. Thank you for the tip. I will let y’all know if it works or not.

Hi again George, I have not played with RTSP myself, so I’m no help. In addition to what @gemnii provided, there are several other topics going in #beta and #ask-the-community with lots of info. You should be able to find them with a quick search. Look at what @DeanSmith has posted; he’s got lots of info.

Will do, thank you!

I renamed the file to just demo instead of demo.bin and that did it. Thanks for the assist.

Another score for Windows! :satire: