I got the Lo message on my Scale S and started taking out batteries to replace them, but the 3rd battery was stuck in the scale. 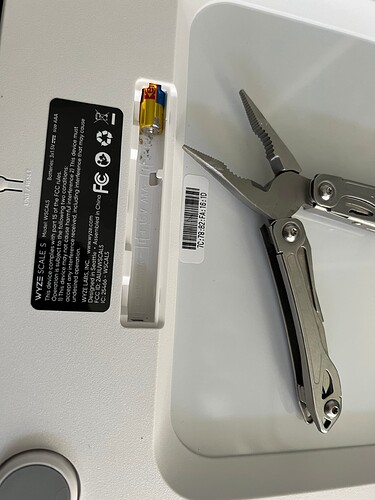 Was that battery swollen? That is usually what causes that. The obvious way to tell is if the replacement battery goes in easily, the old battery was swollen.

It appears that the wrapping around the battery got caught on the plastic casing where it slides into the slot, so when I tried pulling it out it was ripping away at the battery label, causing friction and excess width.

Same problem. Very frustrating. The more I try, the more it gets stuck. Spent half an hour trying.

Just happened to me; any recommendations to get it out pliers are not able to grab it.

I haven’t had any luck. I gave up after an hour. The scale was $25. Not worth my time trying to fix this stupid issue. Has anyone tried reaching out to wyze customer service?

I just did; waiting on a warranty decision.

Add 1 more to the count. But I did get it out. I took a small pocket knife, got the point stuck into the battery, with handle it at a low angle and just started tapping the end of the knife and was able to knock it out. And yes, the new battery went in with no trouble. The stuck battery was one of the originals that came with the scale, of the other two, one would move freely while the other would stick.

They sent a new scale

Same problem here. A design flaw and/or poor quality batteries included with the scale. They lasted a year for me, but they clearly swelled.

@jim78457
I am sorry this happened. I would recommend calling support about this when you can.

Just had a similar issue. The spring wont kick the battery out and i have tried and tried and gave up. Tried pliers, a nail, a knife and nothing worked. Ended up calling their support team since it is still under warranty. Definitely a design flaw 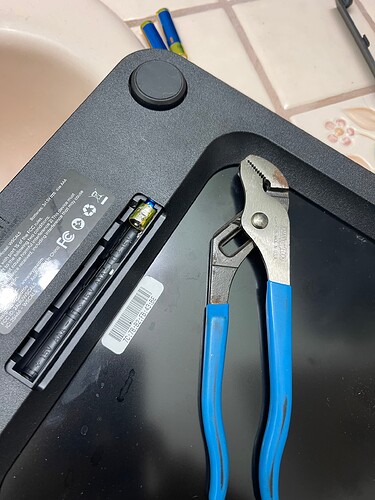 Same here. Still trying to get the battery out. 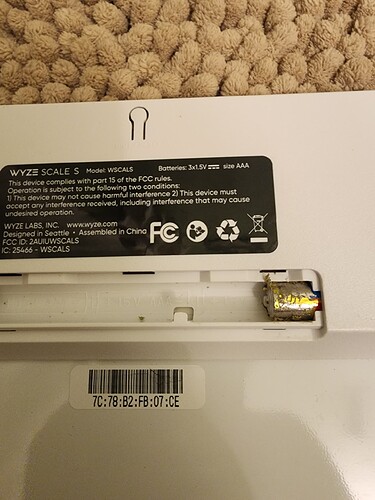 I would call support about this and see what they can do.

Managed to get mine out by super gluing a strip of fabric to it. Seems to get bound up on the seam of the battery label. You might try rotating the battery around so that the seam is facing out if possible. 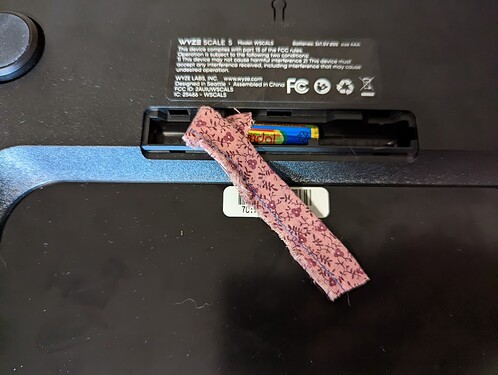