I just received an email from Roku advertising smart cams, doorbells, lighting, etc. The items look exactly like Wyze products. Has Wyze partnered with Roku to sell Wyze products under the Roku name?

Yes, however they are not “Wyze” brand products. They are a different product. The two product lines will not work together.

And why are the roku products cheaper than wyze? Should we dump our wyze products and jump to roku"

You might want to do a bit more digging into their device, cam, app & subscription features before you make a decision solely based on the shelf price of the hardware. The hardware is just the gateway into the ecosystem. You are buying much more than a cam in a box when it comes to IoT. They could give it away free and it would still be worth what you paid if isn’t properly supported.

Wonder if Roku supports dark mode in its Cam App?

So if I’m hearing this right, we should not expect our Wyze cams to work natively on a Roku streaming device anytime soon, if ever? I was really hoping that they would start playing well together.

Is there a hardware limitation on the current Wyze cams that would prohibit streaming them to Roku devices? I can’t imagine there is. So there’s hope that there will be a Wyze app on Roku at some point? Or that they Wyze cams might work on whatever the Roku cams are using at some point?

Currently, we were informed that the Roku FW will not Work on Wyze Devices and Wyze FW will not work on Roku Devices. In addition, these are two separate products which are unique to those vendors.

But anything could happen as this commercial partnership grows.

Yah, been seeing those ROKU/un-Wyze products more and more frequently, even at Bestbuy and Walmart.

Seems like the situation is ripe for customer confusion.

So Wyze apparently has not grown big enough/influential enough to lock down its industrial design with its supplier-manufacturers?

It would be one thing for a podunk Chinesium brand to sell identical looking products, but surely ROKU would honor Wyze IP protections, if they exist, no?

If you read this thread, you will see that Wyze has agreed to allow Roku to use their cameras.

As @IEatBeans states this is a commercial partnership between Wyze and Roku.

If you read this thread, you will see that Wyze has agreed to allow Roku to use their cameras.

What thread? What I’m reading above says the two are not compatible. What kind of “partnership” is that? Seems like half-baked market/brand chaos and confusion.

FYI, all I did was search “ROKU camera” in the forum and this thread came up.

What am I missing?

It is in this thread:

A new partnership for Wyze Watercooler

I wonder when Wyze and Roku planned to announce something? [image]

Seems like the situation is ripe for customer confusion.

Try to explain to Grandma why the Roku Camera she picked up all Walmart won’t work with the Wyze System she has in place, and that she now has to use two apps on her phone for fundamentally the same hardware.

IMO, this ‘cheapens’ the Wyze brand.

At first I thought it was just the V3 Cams… appears Wyze has ‘licensed’ much of the product line: 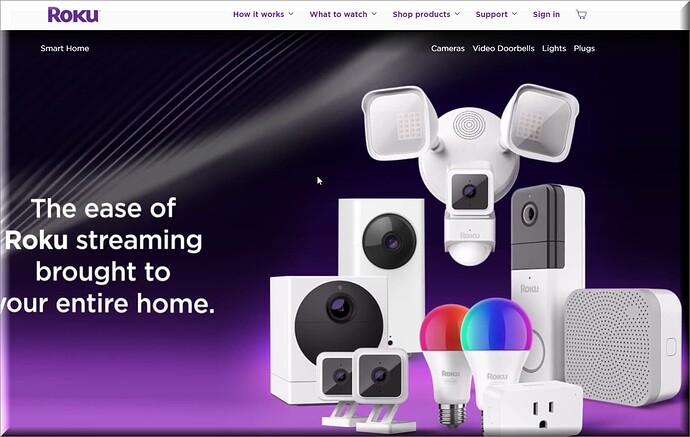 I’m sure Wyze is making money on this adventure, perhaps that money will pay the salary for the developers that will finally make my iPad Pro 12.9" work natively in Landscape Mode, and not have to rely upon Apple’s Stage Manager to use the Wyze app in Landscape mode…

Grandma… '64 Chevy Impala parts don’t fit on your '64 Buick LeSabre. The cars look similar, but it’s what’s under the hood that matters. Same for your new cams.

The doorbell in the picture is the pro. 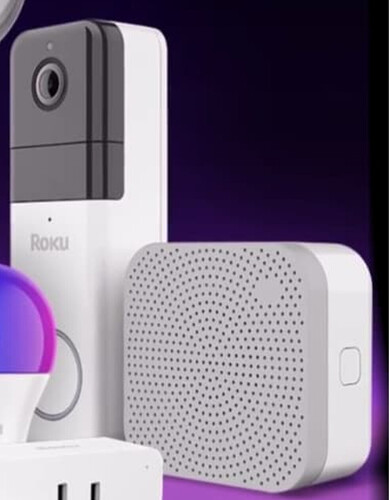 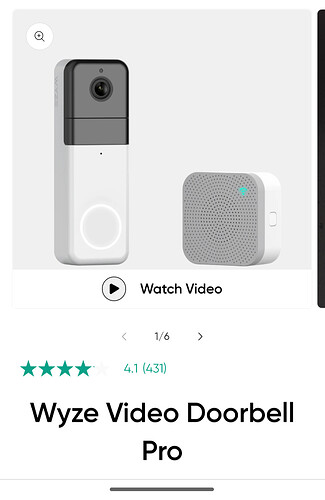