Would love to see future iterations of the cam support POE. This would be very beneficial for outdoor cams where the WiFi signal must go through exterior walls and deal with potentially much further distances. Also, would make replacing current camera systems (which often have POE) with Wyze Cams in the future. And obviously, makes it less complicated to use ethernet over WiFi.

Wyze should support PoE and Ethernet through the USB port. For the moment, Wi-Fi is mandatory to get the cam connected to the cloud or interact with any other device on the network. It would be easier to install and potentially more reliable if we could use Power over Ethernet with a converter to power the device and using the Ethernet cable to carry also the connection.

Don’t change the wifi feature for configuration, but provide PoE for power initially, then once configured, use PoE connection. You guys are running some sort of stripped down linux right? BTW, love the camera (small one). I have 5xACTi E77s (PoE-based). I would rather replace them with Wyze.

This would be perfect! I’d give this feature request 1,00,000 votes if I could! I want to plug in an RJ45 to USB adapter and have this thing be able to connect to my network, and also to be able to disable the WiFi. This plus RTSP would make Wyze the go to sleek camera that would be good enough for almost all indoor use. After that, just make sure a factory reset would re-enables WiFi.

Honestly I don’t mind using the USB adapter as a power injector as long as Ethernet can be hard wired.
Look at the Google Chromecast Ethernet power adapter as an example.

USB-C might be a better connector for this as well.
Dedicated POE would be ideal but I would most like to see a hard-wired option first using the USB port.

I’m sure this is possible and rather easy to do…

Create an adapter for the power input on the back of the camera so one can use PoE to power the camera. This would expand the utility of this camera immensely, since you are no longer limited to being within proximity to an electrical outlet…

I have merged your request with another similar thread. Please go there and VOTE for the topic at the top left. Thanks!

Just make an ADAPTER for the back of the power plug-in that allows for PoE connections. that would provide a much more reliable power supply than batteries. Who wants to change them every 24 hours??? Or even every week??? Nobody.

PoE adapter that pops right into the back of the camera and you are off to the races. Can put the cameras anywhere, in locations far from outlets, without worry. No-brainer!!!

I’d like to see a PoE WyzeCam. This might be easy for them too, if they just get a camera already made and put their brand on it (just like Lorex is Hikvision and Swann is Dahua if I remember correctly.)

Although a pre-packaged/delivered solution from Wyze would be ideal (especially if the Ethernet connection carried data as well), I use these with the included power supply and ~75 feet of ethernet cable for my long distance power needs.

I’ve successfully used PoE to deliver the power to the Wyze Cam but continued to use the wifi. I’m just not a fan of running wires…

How did you integrate PoE with the USB?

I had the PoE Injector and Splitter already. The Splitter has a 5VDC output option. Then, all I needed was a USB adapter - “JacobsParts DC Barrel Jack to Micro-USB B Male Connector Adapter 5V Power Cable 5.5mm/2.1mm” on Amazon. 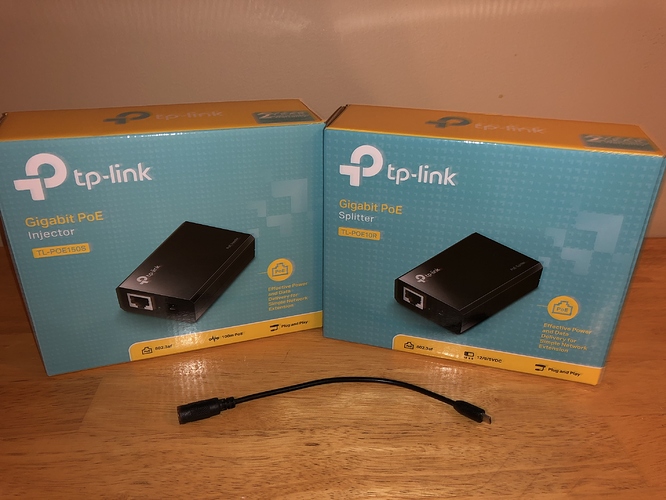 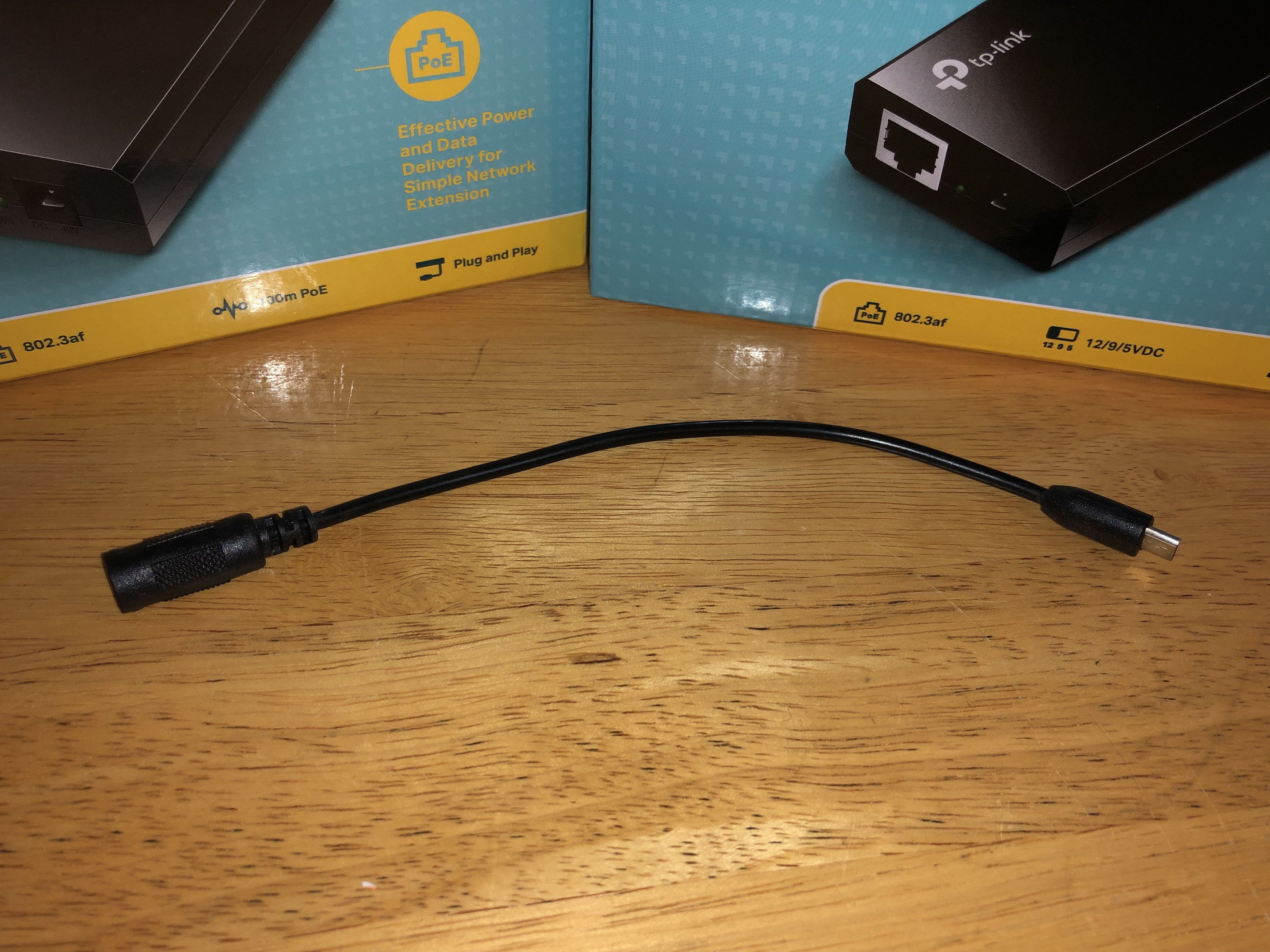 Sounds good. I will give that a try. Thanks!

I would love this feature. It was hard for me to place my Wyzecams in our house, even though we have mesh WiFi, due to weak signal. If Wyze branded and sold their own usb to Ethernet dongle for the wyzecam I would certainly buy it for this purpose (or at least Ethernet connection and I’m fine using micro usb to power it really)

I personally do not plan to use PoE at home, but it’s a widely used standard with all switch manufactures supporting it.

If POE existed from Wyze I would be replacing all my current cameras, especially when the outdoor one arrived. These are cameras mounted under the eves of the house so not easy to access, and there is no power source. Cold weather is horrible on battery operated cameras (read, need to replace batteries all the time). POE really is the only option.

POE would solve many issues for those placing cameras outdoors, on the other side of brick walls and in storage buildings that are often metal framed. Wifi simply isn’t sufficient for connections that need to go through brick and metal structures. Placing wifi extenders near external cameras and external power outlets is an expensive alternative. The addition of power over Ethernet solves additional issues for these external locations. The ‘other’ outdoor/weatherproof camera will still have significant weaknesses in these areas.

Belkin offers an Ethernet + Power Adapter with Lightning Connector. Essentially POE->Lightning providing ethernet and power. I have not found a Micro USB version, but I think it would be a good way to make the existing cameras POE capable and provide a better internet connection.

it would be great, but wyzecam does not support it yet.