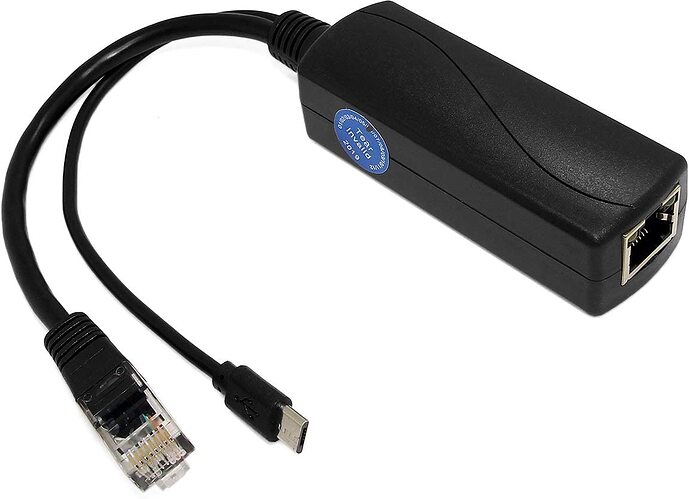 I connected from my PoE Switch to my wyze cam, it powers on, i see POE/Internet connectivity on the adapter, it gets online. but I think it’s still using Wi-Fi? I put it on HD Stream and still only getting 15-50kb/s, I still think it’s using Wi-Fi and I checked Device Info, it shows 3 bars for device info.

Anyone know how to get Wyze cam on PoE and get it to use Ethernet and not use wifi? Or Am I doing something wrong? 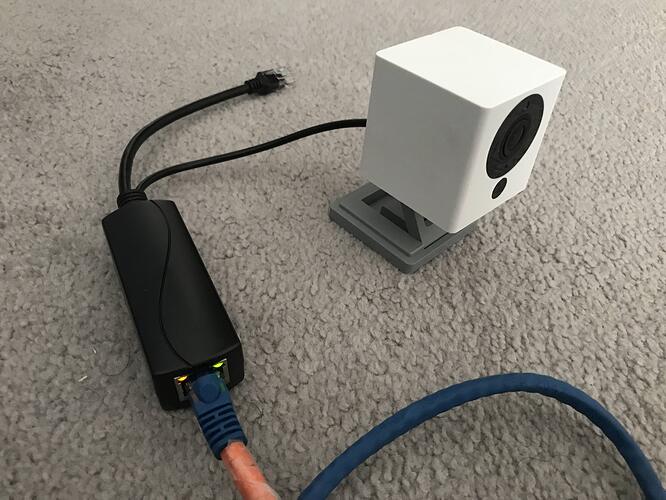 Update, I turned of my SSID, and my camera is powered but will not come online, so it’s definalty using wifi

How do I make it use wired?

You can’t. According to Wyze the V2 won’t support Ethernet. I’m not sure where you got the impression it would. It is promised for the V3 though.

If your HD bitrate is that low you might want to use that Ethernet line to also include a wired WiFi bridge / extender / router in AP mode.

So if i plug this adapter into the V3, it will work? If u google wyze cam poe. U see ppl saying it’s working. I guess it’s a lie?

Power, sure. You’re just converting the PoE source to 5 Volt USB for the camera.

Ethernet data, I don’t think so.

As to the V3, it is supposedly still being ironed out. One of the actual Wyze employees posted about it here within the last week.

I see no possible security issues with that…LOL

Then for the WiFi coverage I use a mesh network.

Currently using an Orbi mesh system with main unit and 2 satellite units in secured locations to provide coverage to over 3 acres of my property, If I need more WiFi coverage I simply add an additional satellite unit.

I see no possible security issues with that…LOL

You’re kidding, right? That is still much, much more secure than a WiFi radio broadcasting hundreds of feet in every direction and never changing its key. Of course either can be further isolated by network segmentation to protect whatever is considered the internal network.

If someone is climbing onto the side of your house to splice into your cable it’s a little more noticeable than a van blocks away taking its time working on your WPA key.

Running MAC whitelist on the network with the Wyze cams, yes I know you can spoof a MAC…
But still much more secure than an open Ethernet cable.

I live in the mountains on a large property, the WiFi doesn’t make it to the nearest public road so that “Van sniffing WiFi” would be on my property for target practice…LOL

I use cellular enterprise routers on unlimited data plans,
Cellular is the only option in the Eldorado National Forest where I am at.

Okay we’ll do the “agree to disagree” thing then. Interesting you are paying for two separate ISPs. I would bet the less skilled cable jacker you envision could be easily thwarted by a little glue in the RJ45 socket. Not a whole lot of these theoretical intruders walking around with a network crimp kit…

They could plug in one pre-programmed POE WAP and have their WiFi on your network and work from their VAN too, it is not like they need to stick around long…

I only pay for one of them as I am a Telecommunications Engineer for the State, and have a working relationship with the carrier that gets me one unit with no monthly billing and I pay $40/mo. for the one I use for cameras and other IOT devices.