Please send a Wyzecam to Belgium

world has no frontier.

I live in Europe, Belgium and I wish to order a Wyzecam since I read an article from TECHCRUNCH magazine, maybe as you.

But shipping to Belgium is not available yet…

I propose 50$ for the Wyzecam + shipping cost + tip

Thanks in advance for your answer!

We don’t have any international shipping options yet, but thanks for the feedback! We are looking into options!

Hi all! It would be great to have an international shipping. Several people in Italy are waiting for it!

With Reship you can ship from any online store in Canada, USA, and UK that have shipping restrictions to your country. 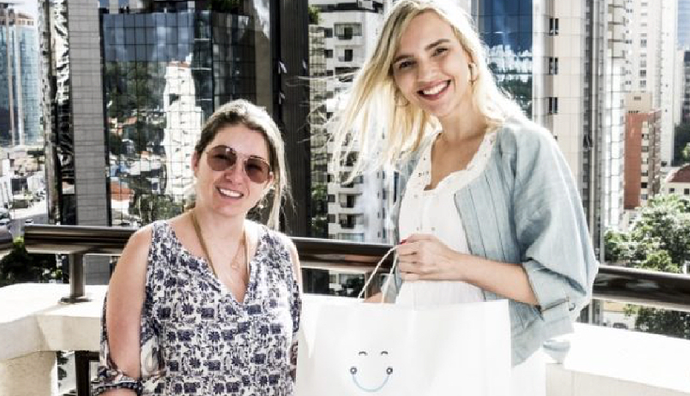 Hello Frank, Wyze cam currently doesn’t ship internationally because they don’t have the resources to support the camera like they have within the United States. So I recommend not buying off of Amazon because the camera will not work the same as it would if you brought it within the United states. If you are able to can you send me the link to those cameras you were looking at on Amazon?
Thank you in advance.

Why do you say it doesn’t work ? If it is sold on Amazon Europe, it must work.
For support, the comunity is enough, except if you have a hardware problem and need to resend it. is there warranty ?

Why do you say it doesn’t work ? If it is sold on Amazon Europe, it must work.
For support, the comunity is enough, except if you have a hardware problem and need to resend it. is there warranty ?

See this topic for more details:

I purchased my Wyze cams in Canada but have recently moved to Germany and bought a new Amazon Echo Show 2nd gen and much to my dismay, I couldn’t find the Alexa Wyze Skill… apparently it’s not available in Germany? Obviously, I’m super disappointed as it seems it would be perfect for the Echo Show, but as it stands, I can’t access the Wyze skill here.

and in particular, this post from a Wyze employee:

Yeah… We’re not an international company yet because we’re not ready for everything that goes with it. We tried to get Amazon to limit selling our products to the US but that didn’t happen. Since they just copy the pages over, they included the portion about Alexa integration even though it isn’t applicable in that area. We apologize for the negative experience and we understand where you’re coming from. There are several blockers for us having the Alexa skill available outside of North America…

A key point in that post: “We tried to get Amazon to limit selling our products to the US but that didn’t happen.”

There is a warranty, but Wyze cannot ship replacement cameras to international addresses.

Wyze may go international at some point, but given all the other development they have going on, I personally wouldn’t expect that to happen for a long time.

One other caution… We had a case of a user purchasing internationally on Amazon from a third party vendor whose Amazon posting said “Wyze Cam”. When the camera arrived, it was not a Wyze Cam, but a Chinese-sold variant which does not work at all in the Wyze ecosystem. I believe the user was able to return the camera via Amazon, but word to the “wyze”.

It’s explained in the link I posted above, but basically the ability to play Wyze Cam video feed on Alexa devices that have a screen, such as Echo Show.

Any updates on a timeframe when you guys ship to Europe?

BTW I also live in Belgium and I thought I bought a Wyze cam but it is idd a chinese model (chinese voice) with a limited support and limited options (no motion frame, chinese iphone app, no alexa integration)

I really like to install a few Wyze cams at my place.

Wyze’s international plans are at this time, “maybe later”. I’m positive if and when they decide to make the move to international it will be well advertised as a pinned post on the main page of this forum.

The official answer is found at the 3:30 point of the video here:

Bottom line: not this year.

With regard to the camera that you purchased, it may look like a Wyze Cam but it is NOT a Wyze Cam. If it was advertised as being from Wyze, then that was a fraudulent ad. I know it is possible to obtain genuine Wyze Cams from Amazon in Europe and they will generally work, with the notable exception of Alexa integration.

I am from Belgium, and it is a real pain.

So, what do people do ?
They buy their products on ebay at higher prices.

Android Auto is blocked in the google appstore, but I downloaded the apk file on apkmirror and it worked fine for some time, now having to reinstall it once a month due to updates.

My point being, it doesn’t matter whether alexa is supported or not in Belgium, people will find a way around it anyway. Just don’t make it harder for them than it is.

Right now, I am looking to order my wyze starter kit on ebay, and as always prices is x2 what it would have been if I could have ordered it directly to you guys.