No night vision or everything's pink, your IR filter and you

The Wyzecam C1 that watches my dog while I am at work, I recently noticed it did not have functional night vision, it had a range of about one foot otherwise pitch black. I never really used that camera in NV mode so I didn’t notice the defect over the last 30 days I guess.

The other wyzecam I own has pretty decent night vision, in a pitch black room. The bad one wouldn’t make the click when switching to NV, so I figured the IR cut filter must not be working, maybe stuck. I gave it a light Fonzie tap and the night vision started working!

Unfortunately, during daylight hours, the picture was a trippy pinkish purple hue; the IR filter must be stuck open instead of closed from that tap. I opened up the camera tonight. (I can say the case is tricky to get apart the first time until you figure out how to pop it open) The IR filter/lens assembly has a small pigtail that simply wasn’t plugged in on my defective camera, plugged it in and everything works normally now. Just wanted to share this little success, my wife and dog were unimpressed.

*don’t take apart your wyzecam, it has a warranty, so don’t void it like I did.

Is it obvious how the IR cut filter works? Does it work like electric car locks (i.e. two stable positions and power only applied to change), or is it more like a relay (where it has a powered off “default” state, and when switched on continues to need current to create the magnetic field)?

Also, do you remember where the dipole wifi antenna is? There have been some questions about the effect of placing the camera lens against a window on the wifi reception.

Your comment about not impressing the wife or dog gave me a chuckle and reminded me of this. 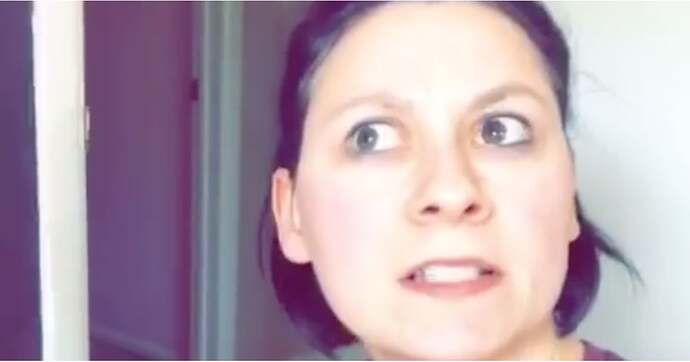 I didn’t examine the mechanism of the IR filter, but with the power lead disconnected the filter was in the on or off positions only, never in between (as far as the picture quality appeared), depending on which direction I had tapped the camera last. The cut filter was stuck in the ON position for weeks, I smacked it and it got stuck in the ON position for a few days.

If I had to guess at the mechanism, I would say an electromagnetic coil with reversible polarity acting against a permanent magnet, with some form of dentent at both positions.

The antenna was what looked like a foil sticker on the inside of the case with a short black lead that snaps onto a connector on the pcb. I believe it is on the right side of the case (if looking at the camera lens) up along the top edge.

I am having similar issue. First time I fixed the pink tint in video issue by resetting the camera and adding it back to the app.

But again after over night, video again showing pink tint.

Is this something to do with night vision being auto , which turns on/off during night and in the morning ?

I have openend support ticket and no one has reached out to me yet.

I am experiencing the same thing with my WyzeCam v2. I have it set up under our patio, pointing to our backyard, and at night the IR works great… but during the day in AUTO mode, there is a persistent pink/purple hue to everything (I’ve attached 2 pics from different dates and time of day, to show what it looks like).

I opened a support ticket yesterday, and am hoping Wyze is quick to respond. 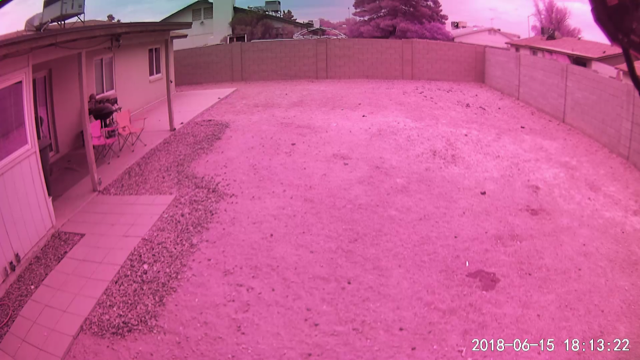 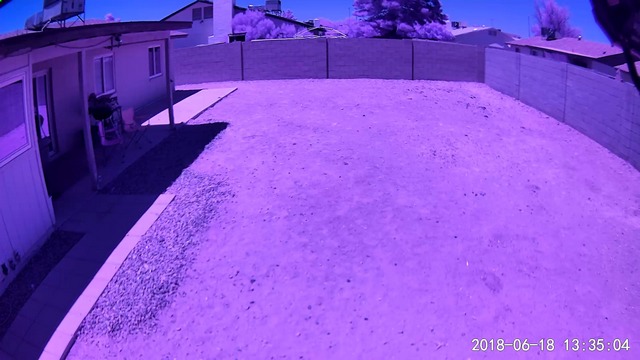 This is a stuck IR filter. You can try to move it manually switching night mode on and off, or by holding a strong magnet close to various sides of the camera. If that doesnt’ do it, the camera will probably have to be replaced via your support ticket.

Thank you for the suggestions. I tried switching night mode on and off (multiple times), and while monitoring the stream, I pressed the most powerful magnet I could find up against the sides of the cam for several seconds each, and the pink/purple hue never went away.

Hopefully I’ll get a response to my support ticket, and I can get a replacement. I have purchased three WyzeCam v1’s, four v2’s, and one pan/scan… and this one v2 is the only one I’ve had problems with.

I also tried switching Nigh mode on/off. And took off the hanging magnet and reset and put it back up. It seemed to have fixed the issue.

Support contacted me back and sending me a replacement.

Had the same pink problem recently + an old problem in the IR view by night (pitch black). Just opened the camera as you described and found the same disconnected pigtail. Voila! Everything is working fine right now. Just got a new camera without the pain of contacting Wyze. Thank you very much! Precious tip.