Wyze has $100 million to put to use towards what their customers want.

Based on a recent survey, the #1 thing customers want is the option for higher resolution and higher frame rates.

Great, but at what resolution? It has to be above 1080 that seems to be the default standard. High enough to read (clearly) a license plate at 50 feet at night.

Great, but at what resolution?

“4K” refers to horizontal resolutions of around 4,000 pixels. The “K” stands for “kilo” (thousand). As things stand, the majority of 4K displays come with 3840 x 2160 pixel resolution, which is exactly four times the pixel count of full HD displays (1920 x 1080 pixels). A High Definition monitor with 1080p resolution is composed of two million pixels (1920 x 1080), while a 4K monitor (aka Ultra High Definition) has over eight million pixels (3840 x 2160). Therefore, 4K has around four times more resolution than 1080p and produces a clearer picture. But if viewed on an HD monitor, the resolution is still 1080. I am sorry that I didn’t make my thoughts a bit clearer.

Has Wyze given any indication of a potential 4K Wyze Cam v4? I’m growing increasingly interested in competitor’s offerings due to many offering 4K video resolution, which has obvious benefits when it comes to security.

Anything to add Wyze team?

Same here . The competition is releasing 2 k and 4 k for both wired and wireless cameras

@ warrenloc I comply agree. My original comment was to be able to read license plates further away than 25 feet. 1080 doesn’t cut it.

I believe most of us understand that 4K requires more light to be effective, but with advances in raising ISO in low light conditions, 4K for home use should not be an expensive problem.

@carverofchoice may know more about this …

The VP said many of their future products will have higher resolution.

One of the founders said that doing higher resolution is easy, but when they do it they want to make sure to do it so it is affordable/a really good price.

No problems that I know of though.

Wyze’s initial value model was incredible. Customers are speaking clearly and asking for better technology yesterday. Wyze will simply lose market share in the space if they dont show up with the right goods. I dont need a scale, or a light strip, i need to see licence plates and faces in 4k past 25ft day and night. I dont normally post here…where are the wyze folks?

Wyze, your are being called out…what say you?

For convenience, I’ve found and copied the quote and link to the last official response about this from the VP of product (at orgiastic referenced) Since he’s the gatekeeper who decides which products to approve or not, it’s harder to get a note relevant answer. When he was asked about 2K or 4K cameras, this was his exact response:

Cameras with 2K or higher?

Yes, depending on the model, many of our future cameras will support 2K or higher. The problem with 2K in a small sensor is that it leads to extra noise during dark conditions, so we’re prioritizing solutions that keep our iconic color night vision while also giving the extra detail affording by the additional pixels of a 2K sensor. We’ve also got a super innovative product coming that lets a standard 1080p sensor have a ton of more detail on the things you’re most interested in, so stay-tuned for that to be released in the fall!

But seriously, there are many ways we’re looking at to address the detail that you want from a 4K or similarly high resolution sensor without sacrificing size or night vision ability

Wyze says they will have cameras with higher resolution as well as something else innovative that addresses the same need/want.

Do you think Wyze is focused on their cameras or other products rn ?

VP already answered that question too:

as a simple summary, my contribution has been to raise the bar on product quality and focus us back on core smart home and cameras. I’ve killed a lot of product ideas that were pushing us too far away from that cohesive strategy of cameras, comfort and control. My primary upcoming goals are all related to some AMAZING cameras we have slated in the next 6-9 months, all of which were kicked off right after I started (it’s been hugely helpful to see the entire innovation cycle of these products instead of coming in toward the end like I did for many others). I’ve also been the loudest voice of support our Matter expert, Frederik, who has made a compelling case for the shift away from cloud-only control paradigms.

Sounds like he pretty clearly said his primary goals are are all related to some amazing cameras launching late 2022 to early 2023.

They do have other things also on their roadmap too, but he says his goal priorities are with cameras.

A 4K sensor itself is not too expensive, but the computer processing power required to, well, process that video feed and do stuff like motion detection etc is a lot lot more than 1080p. I think that’s the main thing

It’s the holidays so I get to re-use this. 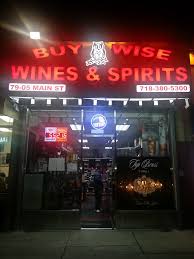